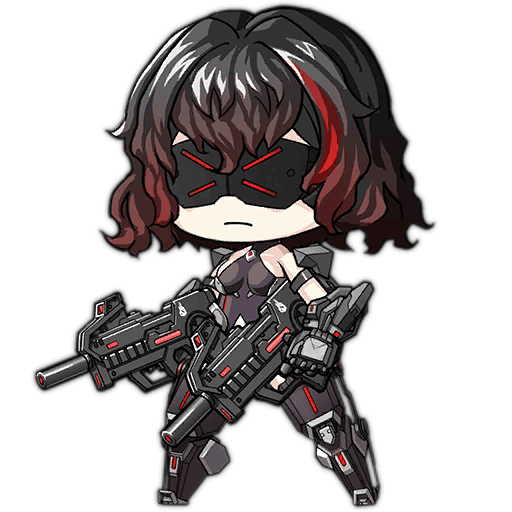 SWAP Rippers break the mold of un-armored frontline Coalition Units, bringing forward something useful and unique. They feature strong durability stats, including sky-high Evasion and a strong HP pool. Their Skills are AI setting based, but fortunately do not conflict with one another, making the choice simple: Leave SWAP Rippers in Defense Stance, and profit.

The real shining star for the SWAP Ripper is their Skill 2, Danger Sense. While the effective ICD of 12 seconds (down to 8s at max level) is a bit long, the complete nullification of Damage for a small window is hard to ignore. While controlling the activation of this Skill is tricky, it can be used to simply ignore or avoid all manner of attacks, from Boss Specials to strong Skill shots from regular enemies. Interestingly, this Force Shield can also proc from losing a Dummy Link, giving the SWAP Ripper an additional survivability buffer in hard fights, or if something goes just a little bit wrong.

Their Skill 1, Extreme Adaptation, is a shorter ICD buff to either Evasion or Damage. The Evasion buff is considerable, and the 5 second duration on only an 8-second cooldown gives this Skill excellent uptime. Being slightly out of phase with Skill 2 is both a benefit and a hindrance, as some of the Evasion uptime is wasted on the Force Shield from their second Skill, but this is a relatively minor consideration.

SWAP Rippers can also be used as a DPS unit, if placed in not-Defense Stance. This will be an inferior choice in almost every situation. They have only middling base Damage, and sacrificing the extreme survivability measures is likely to reduce combat effectiveness overall.