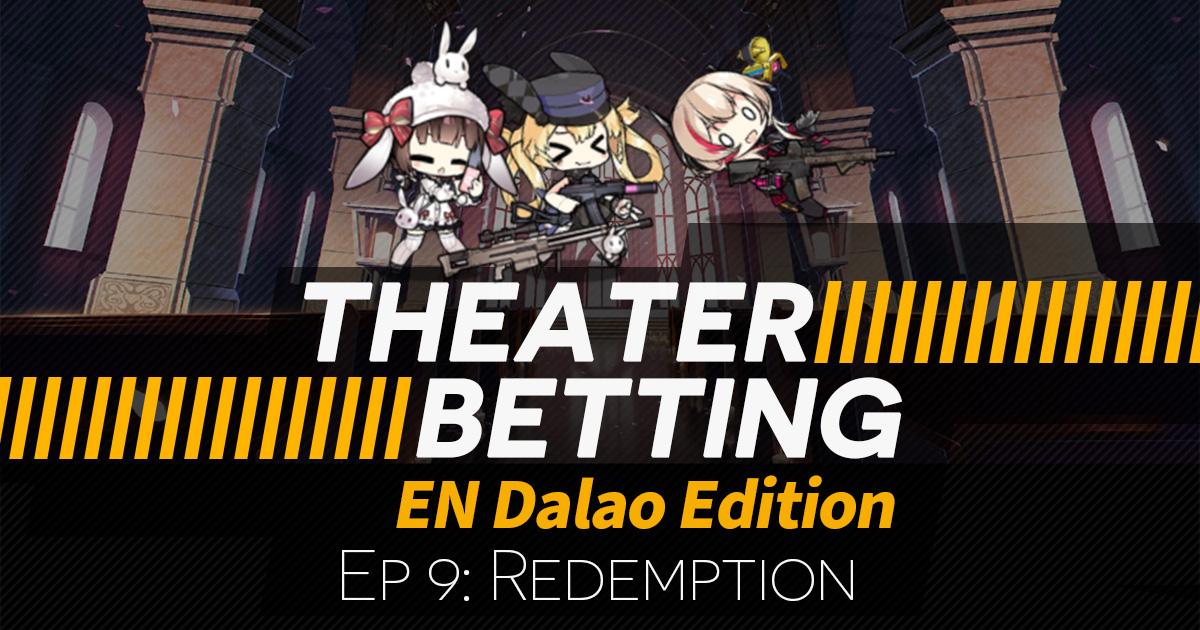 Theater Betting Episode 10: Derangement
Tap or hover over the chibis to see who is speaking! The episode release times should hopefully be back to normal soon. 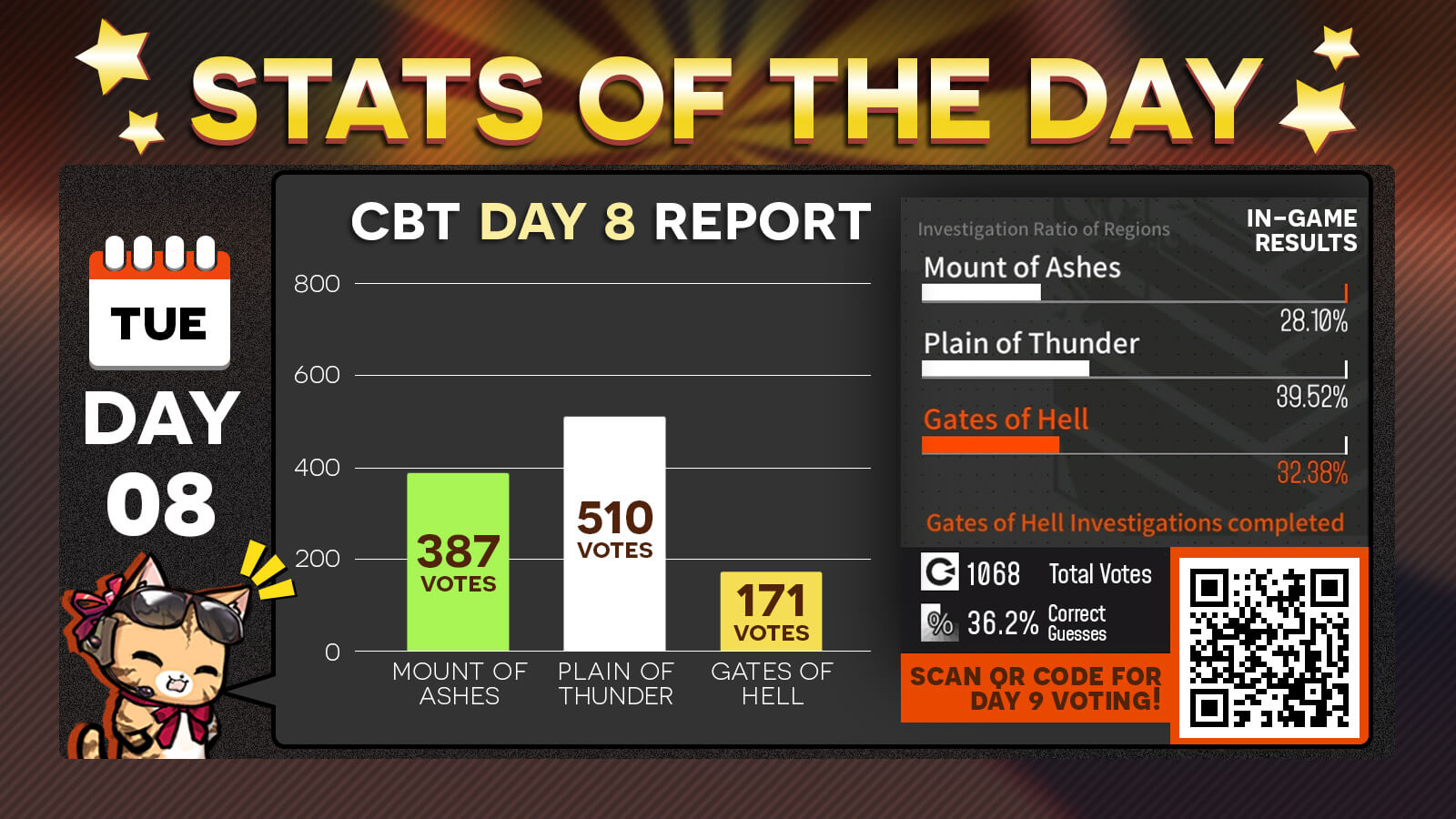 We finally beat 50% guess rate after defeating the FFXIV A-ceia-ns.

Can't you be serious about this?

The hardest decisions take the strongest will.

Well, you guys did guess A correct.

Can't we get the Time Stone first?

Wait, you voted C? I thought you were sure that A would win.

I did, but I decided that C would be a better choice.

It's a bit of a long story, but I'll let corsage explain it since he actually has time now.

I didn't get much of a chance to really explain the reasons I voted C since Tuesdays are my busiest days, but I'll go into more detail now.

With this in mind, we should have had a C vote with around 29-31% votes on day 8, which made day 8 the best possible time to pick C.

Based on foreign server data for days 7 and 8, C does not lose on both of these days.

A reasonable explanation behind this tipping point would be that the players that don't choose strictly C begin to lose faith on C at about the 1-week mark, not deeming it as an option which would be ever be viable moving forward.

I predicted that C would have been at least neutral today, since C already lost on day 7 and I don't think we'll get two C losses between days 7 and 8.

We've already established that Discord and Reddit-based GFL communities tend to not vote C. This is easily supported by the GFC CBT vote distribution histograms, where CBT C% is roughly between 0.55-0.65x of the in-game C%.

Wait, how does that have to do with how EN as a whole votes?

As I explained earlier, I think the rational voters of Discord and Reddit (aka those that don't vote pure-C like a bunch of retards) would not have voted C today.

From the out-of-game recon I've done yesterday before deciding to vote C, none of these serious voters said they were choosing C tomorrow.

They're totally forgetting that C is still in the race, instead trying to win a coin flip between A and B (A will most likely win anyway).

That's consistent with what I saw yesterday.

Let's move onto the math now.

Before we begin, I want to first state that A has never had a L-W-L record on any theater run. It's safe to say A will be at least neutral tomorrow.

These were the three possible outcomes that could have reasonably occurred today:

Great, pack it up because we just won the jackpot.

In this case, I would have only been gambling 10 points per drone (780 total) for the chance of C taking the entire jackpot.

780 points is nothing in the grand scheme of things, and it's a gamble I was willing to take on day 8.

In this case, I would have been gambling 5 points per drone (390 total) for the chance of C taking neutral over A. Again, 390 points is nothing in the grand scheme of things, and that's a gamble I'm again willing to take.

We've done things in EN that have never been done before, with vote %s ranging from 19% all the way up to 54%, so I don't think that a L-W-L result for A is out of the question.

I'm willing to take this small gamble now for potentially a gigantic pot bonus. From the community scouting I've done, the negatively sloped zig-zag trend of C, and using the history from old servers, I really believe C was the right pick today.

The actual percentage turned out to be 32.38%, only slightly higher than I originally anticipated.

The A < C < B outcome also happened, meaning my read was for the most part accurate.

Wouldn't A have been the safer choice?

A < C < B is still a fine result, I paid a small amount of points to take the gamble that C would take it all, and I don't regret it.

I FOMO'd C knowing the risks, so I'm not really salty about missing those 78 drones.

Thanks for the wall of text cornsage, I shall now vote B because I like the color.

While corsage's insight is eye-opening, I cannot deny the power of EN's concentrated autism.

Right after yesterday's article got posted, a bunch of vote C propaganda got posted in GFEN.

People believed your choice even though you hadn't explained yourself.

Maybe I'll redact my vote today and see what happens.

In any case, A < B < C was the only bad possible outcome, and it was extremely unlikely for that to happen since C was certain to see a dip while B would see a rise.

corsage with the page of explanations on why he's going C, meanwhile here i just had a feeling :v

I'm not even having feelings, since EN is chaos and chaos theory is as good a method as any.

Just asking VTubers without context! That'll give an unbiased opinion for sure.

As for why we know B was screwed: because EN was still too scared to go for A, they went for B since they thought it was the safe option.

It was a calculated risk and I'm still happy with the outcome. This proves that I've got the reads on EN now.

Alright, yesterday was easy for you, but what about today?

This is my fucking anime moment right now

F for Shuvi and his B bed.

Hey, I was right about one thing, B did win

But the other way around

That means you weren't right

Day 9 is probably going to be B.

I think EN is capable of some pattern recognition so more people should go for A compared to before, finally tipping the scales.

I think it's going to be very even, but I can't decide.

B should see backlash because it lost, but what about A or C?

En does not learn

I think EN actually learned either at the same pace or actually faster than other servers.

Not if you look at whim.

It's probably plausible to assume the same behavior pattern as foreign from now on.

C has a tiny chance of hard winning and a massive chance of losing, so I think C won't be a viable choice for now, especially since C got neutral so more people will go to it.

Interestingly, C has never gone below 30%. The lowest C has gone is 32%, the two times it took neutral.

I bet A is going to rise, C drops, and B averages down slightly.

Kira, I don't trust anything you say

When there's backlash on C, players tend to move to B.

They then proceed to lose twice in a row.

For C to win, we need to convince 20% of the playerbase to stop being lazy with their votes and defaulting to C.

You think you're doing bad? I'm about to owe Arcus 5 bucks.

WTF, how am I actually winning?

I like how Dusk is the only matsuda staff with anything approaching actual accuracy.

(This is why we make him do the math work.)

I'm more mad about the fact that I'm somehow 9th on the boss CE padding rankings even though my box is scuffed.

WTF are you doing, EN?

I’m lazy okay, fuck if I am going to spend 30 mins CE stacking to gain 3 points.

Speaking of Theater, I actually had problems against the day waves at first because I had PEQs on everything

What are we gonna do about getting dicked down by GP readers because they're piggypacking our votes?

I can't believe Ceia is going to win Theater because I reduced him to atoms.

Are you going to core yourself because you guessed wrong?

I somehow only have 2 wins

Honestly I give up and I'm voting B from now on.

Lemme just say now that even if I lose, the real loser is whim.

Just pick C again, this is exactly the point where C wins.

Will the C andys ever leave C?

Fuck it, I'm investing all my points into construction.

People will most likely try to go to A; there'll be players who jump off B and go to A or C.

B could win if this effect is strong enough, though I have a gut feeling A and C are somehow gonna clutch.

We're so screwed today, nobody has a solid lead except maybe corsage, and he's playing hooky.

Watch Kira be right for once.

According to the logical trendlines, google said C is the winner 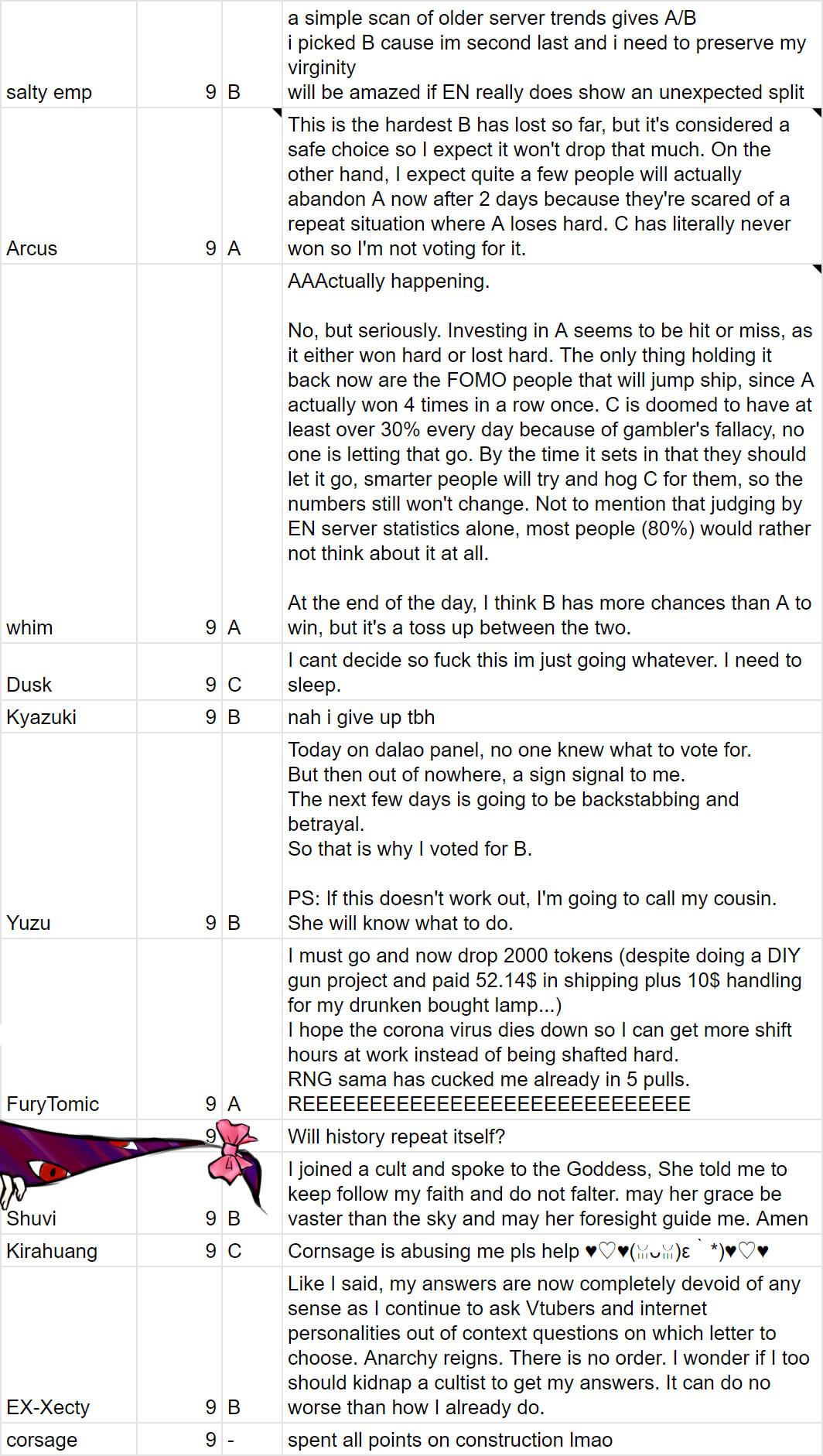 lmao corsage actually did it

Since Arcus made a comeback, maybe he's more reliable now

The vote is really split today.

The percentages are so close that it's hard to call.

Looking at Theater 1 charts for older servers, A winning a lot is common, but the point returns aren't all that worth it if you just go A because it sucks a lot when A loses or goes neutral.

I'm going back to PSO2, GFL is too hard.

It was 32% yesterday so if it dips any further A and B are done for.

Screw betting, I just dumped 18k materials and it only made 3% progress.

What a ripoff, I never want to help EN again.

How's Core 6 overall? I haven't gotten a chance to do it yet.

It's very easy tbh, nothing really challenging there unless you're minmaxing CE and cant bring RF teams, and even then you can just M4 your problems away.

Core 8 on the other hand... people who go in blind without reading a guide are going to have a great time.

My vote was based on a dragon streaming in the middle of a disaster with an idiot.

it was clearly the BEST ONE TO ASK

For my vote, I've done some modeling with data analysis:

I swear this is harder than 🚀 science.

At least with a rocket, you know wtf is happening.

You weren't supposed to tell people that my AGS did no damage because I forgot to enhance the last 20 levels.

This is what passes for an EN "dalao" panel I guess.

Remind me again why anyone trusts us for anything despite the fact we have no idea what we're doing.

Ironically my closest was a theater where I was on for 2 days and then lost every bet for a week. \o/

Imagine having 400 stars but norma 2

Since there's a wildly split vote now, it's physically impossible for us to get a good guess rate on Day 9. corsage also pussied out and didn't vote, so I guess we aren't getting a stone tomorrow.

Remember to send all 87 drones available today to your zone of choice (which may or may not be the same as what we picked), and do your Core clears! Core 6 should be manageable if you follow the teambuilding guide.

Oh, and don't forget to submit the CBT form every day when you investigate in-game! 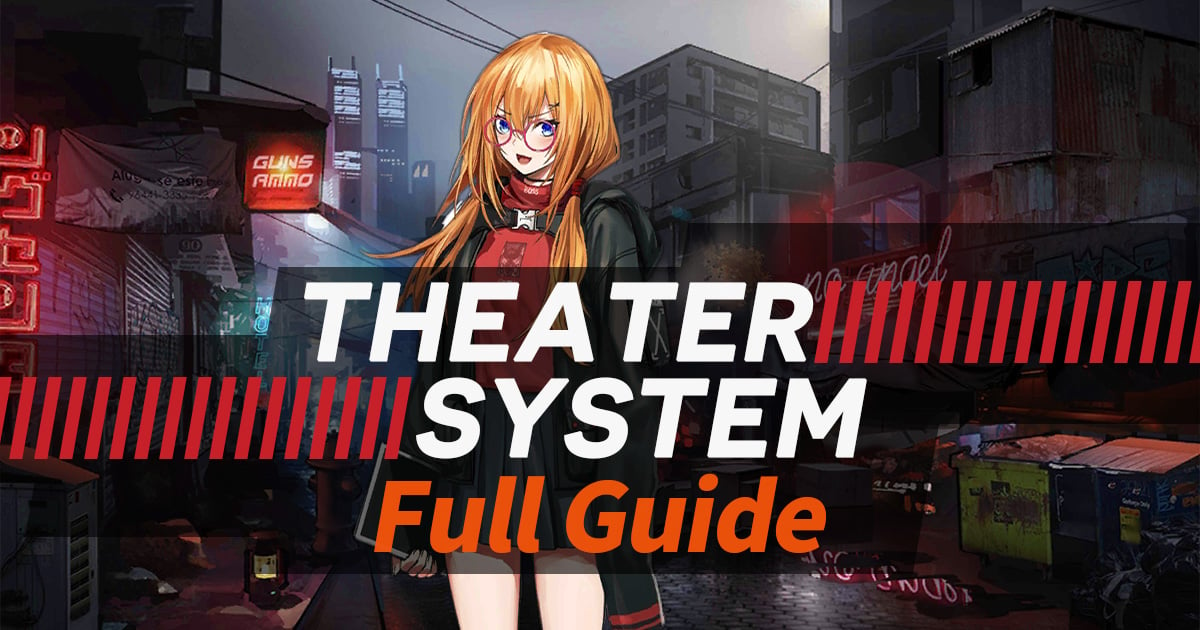 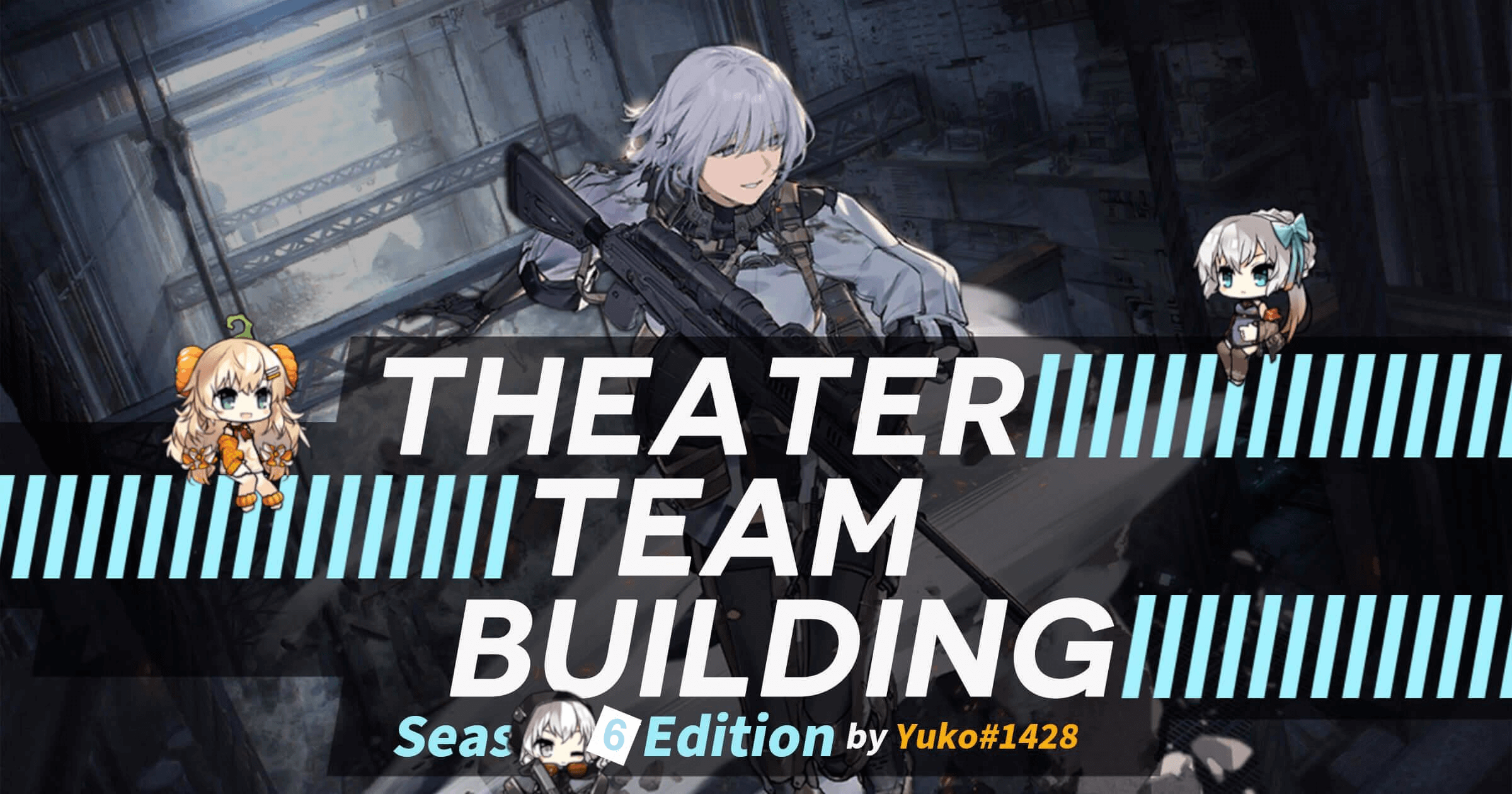 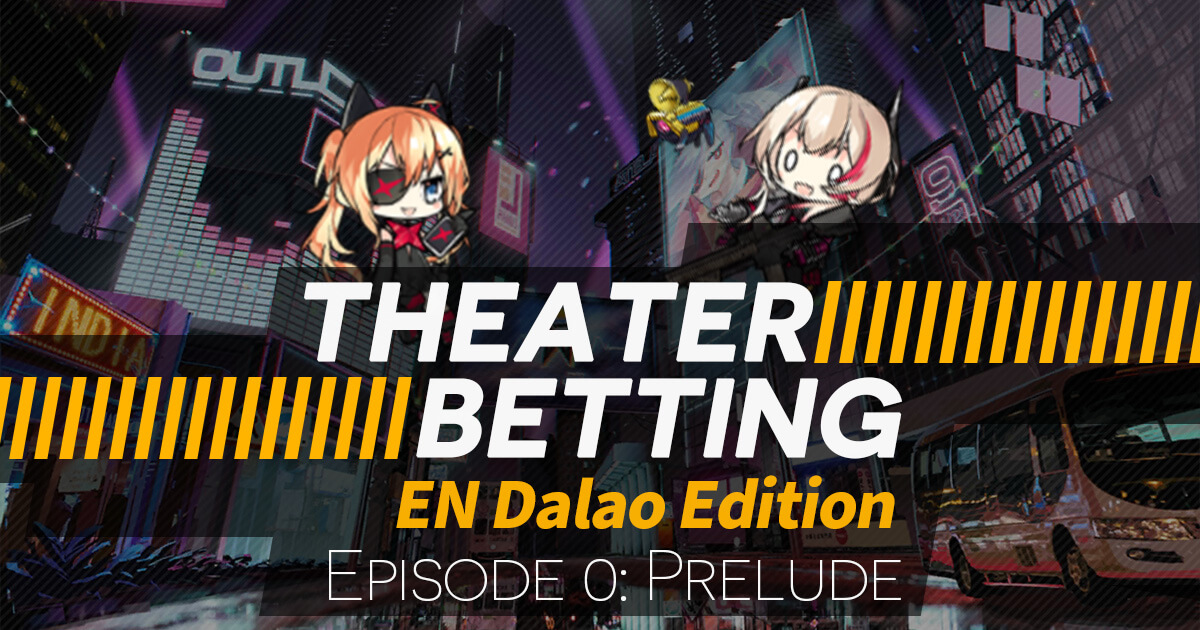 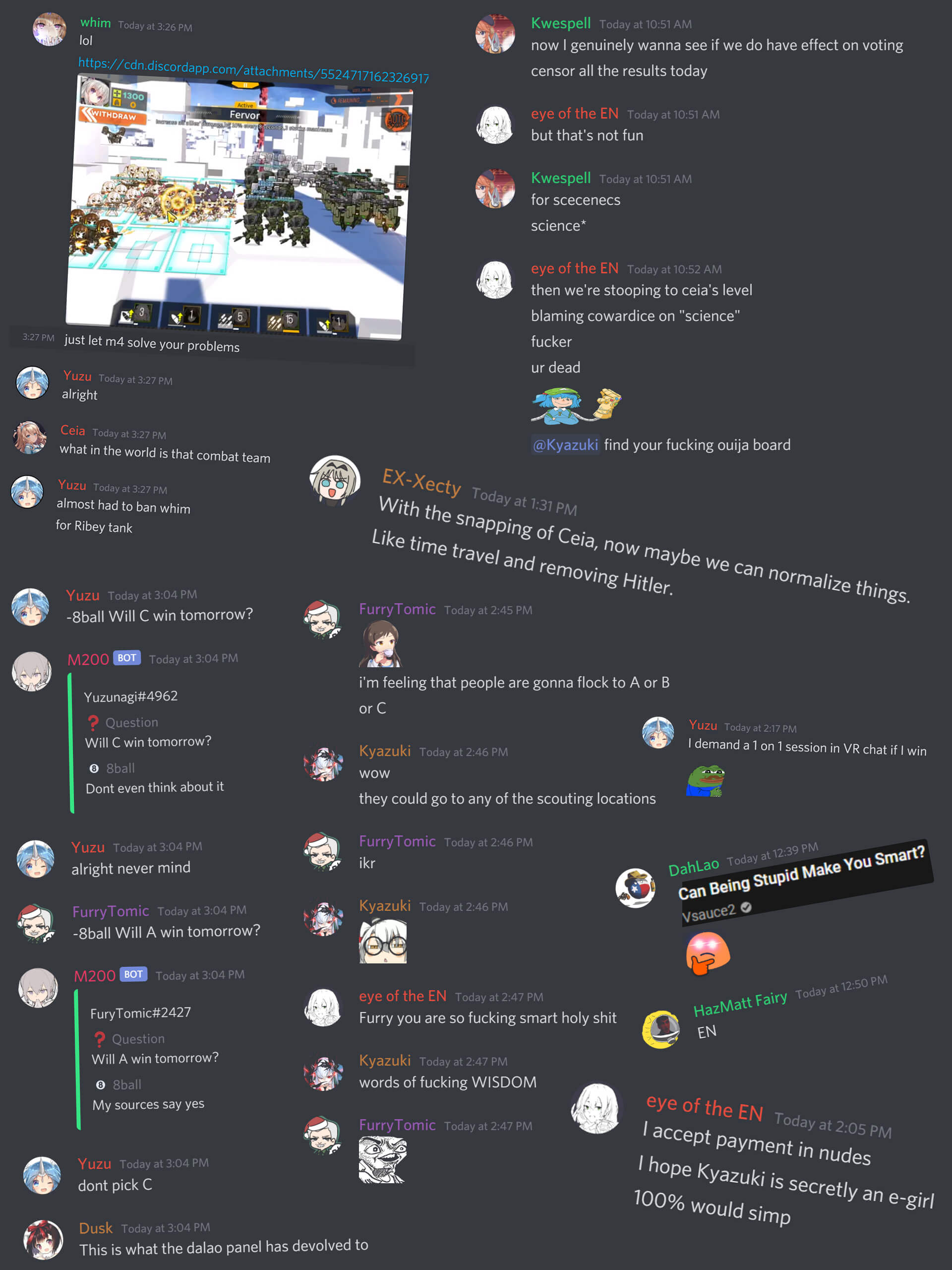