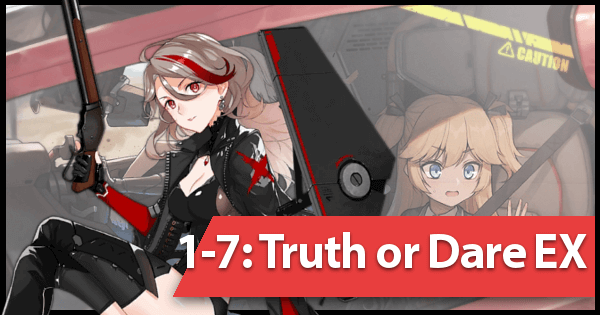 3 combat echelons that can fight swap stacks (video uses Scarecrow and a unoptimal RFHG, as well as a 2 AR1HG, so ARSMG is perfectly fine for that fight)

1-3 dummies depending on Scarecrow or not

The below video guide will go with the safest clear method.

Map notes: The red beans will respawn after they are deleted with the black bean depending on which turn it is: On even turns they respawn on the cardinal helipads (N/E/S/W). On odd turns they respawn on the intercardinal helipads (NW/NE/SE/SW). Due to this, blowing up the red beans capturing the 3 right side helis on an odd turn moves the goliaths out of the way and as the next turn is even, nothing will spawn with a direct path to the center area, allowing you to surround capture it during said even turn.