Submit Feedback or Error
Article by Chen The Summoner 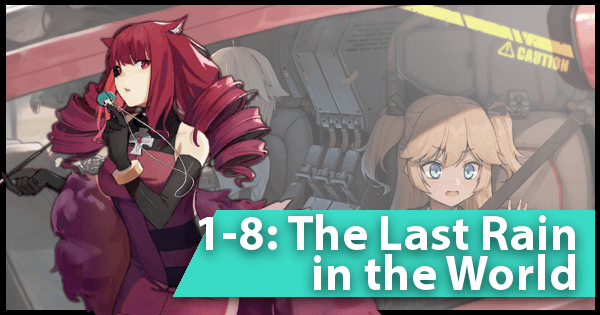 4 Night Ready ARSMG echelons (Once more, this is an echelon where the ARs have PEQs equipped and it's either 3ARs, 1HG, and 1SMG or 2ARs, 1HG, and 2SMGs)

S Ranking this map is a massive test of patience due to Gundam movement being RNG. Do not freak out or tear out your hair, it's not your fault when they behave oddly.

On Turn 1, send your two echelons in the top section to the radar nodes two tiles away from them.

Then send your bottom echelon to the tile above the enemy Heliport.

On Turn 2, if the top Gundam headed towards the left Echelon, restart, as an S Clear is no longer possible.

Otherwise, have the left echelon head to the enemy Heliport above it. Do not move the right echelon.

Have the bottom echelon clear out the new enemy on the now captured Heliport, deploy a new echelon, then position one of them so that the next enemy heliport will be captured, have the other one move next to them.

On Turn 3, move the right echelon up one tile so that the Gundam doesn't attack them. Move the left echelon to the heliport in the top middle.

Move the bottom two so that they capture the next Heliport.

Optional: Put down another echelon in the top left, this will give you more AP wiggle room in case you are prone to making mistakes, or alternatively, the bottom Gundam moves in a way you didn’t want. You can do this on this turn or the previous one.

On Turn 4, move the bottom two so that one is on the resupply node, and the other is on the node right next to the enemy HQ. If the Gundam blocks your path to getting there, an S Rank is no longer possible, and you will have to wait another turn to complete the mission.

Have your top middle echelon surround the enemy HQ as well.

For the boss fight itself, ideally you should have two ARSMG echelon's surrounding it, as every T-Doll needs to be able to move at a decent pace for the fight.
When the fight starts, move your echelon into an X Formation. Each time she activates her skill, 1 T-Doll will be targeted, they will be unable to move or attack once the cutin has played, they will be encased in a wall and the column and row she is in will be attacked by beams. To avoid your team taking major damage from this, swap her with whichever T-doll is in the middle when they are targeted.

Below is an example run so you may understand how to do this.

AKA Chen The Iffy

Site Lead for the GFL Site, y'know, this site.

Played for a bit on CN and since Day 1 for EN.

You can contact me on the GamePress Discord, I change my discord tag a lot so just look for a staff member with Chen in the name.