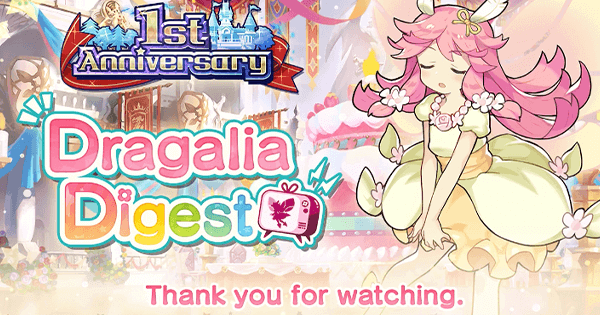 The Gacha to Start this week is Dragalia Lost:

Gacha of the Week 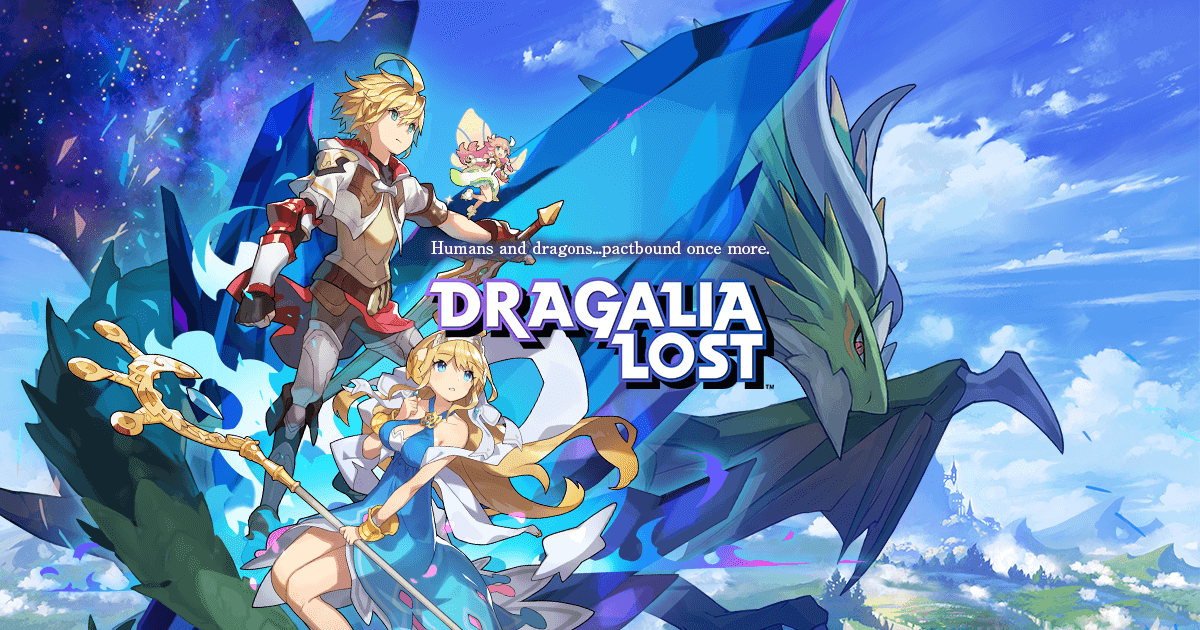 This week’s pick is Nintendo and Cygames' collaborative project Dragalia Lost, the story of Euden, Seventh Prince of Alberia, as he tries to reforge bonds between humankind and dragons, and save his missing sister. Released last year (obviously, first anniversary), Dragalia Lost quickly became well-known for Cygames' trademark generosity with in-game currency, often showering players with gacha pulls, resources, event characters and more. It's often considered one of the most F2P-friendly gacha games on the market, serving as a nice fallback from some of its more expensive or stingy counterparts.

What Is Dragalia Lost?

Combat is all four-person teams

With the First Anniversary celebrations going on right now, Dragalia is offering an absurd number of rewards and goodies.

First and foremost, the gacha:

If you are the type to reroll for characters you like (or strong characters) there's never been a better time to do it. The day 1 Anniversary login bonus is 5000 Wyrmite, which gets you 4 10-pulls with a little left over. Plus you get a free 10-pull every single day of the Anniversary (100 total free pulls if you start today, 9/27, before 11PM PST). And on top of that, not only is the current SSR pull rate high because of the Gala banner, it features one of the strongest characters ever added to Dragalia Lost - Gala [Prince]. Gala Heroes are specially useful for new players because they have a broad variety of content where they can shine, making it easy to build teams around them early on.

We've even added a section to our Reroll Guide specifically to assist players wishing to reroll during the Anniversary!

The handy everyday Item Summon that the game lets you do for free, giving you 10x various items and useful goods, has been updated to include more important items for game progression. Combined with the updates to the Halidom for new players, this will let you get past the early game much faster than otherwise.

The Halidom is sort of like your base of operations, where you can automatically earn resources and build structures that passively power up your teams. The Anniversary update has made a change where new players can get reduced construction time for those structures, drastically lessening the wait times.

Last but not least, stamina costs have been reduced for Event Quests, letting players farm, level up, and gather resources way faster and without having to worry about losing playtime. This one helps out players both new and old, so gone-but-returning players can benefit too!

And this isn't even getting into the quality of life changes made to the game, like new voice lines for every character celebrating the anniversary, or new changes coming up to make Raids more fun. So to say the least, it's an exciting time to be a Dragalia Lost player, and if you've been eyeing the game but didn't know when to start, or if you've been looking for a new real-time, action-adventure game, this is your sign: Dragalia awaits you! Also, if you're a fan of Mega Man, keep your eyes peeled - a Mega Man Chaos Protocol collaboration has been announced and is on the way!

You can download Dragalia Lost for Android and iOS at the following links: