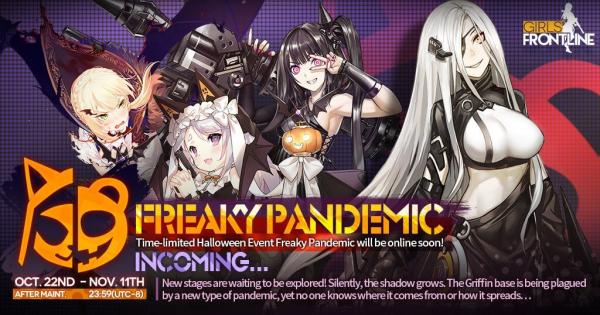 The Gacha to Start this week is Girls’ Frontline:

Gacha of the Week 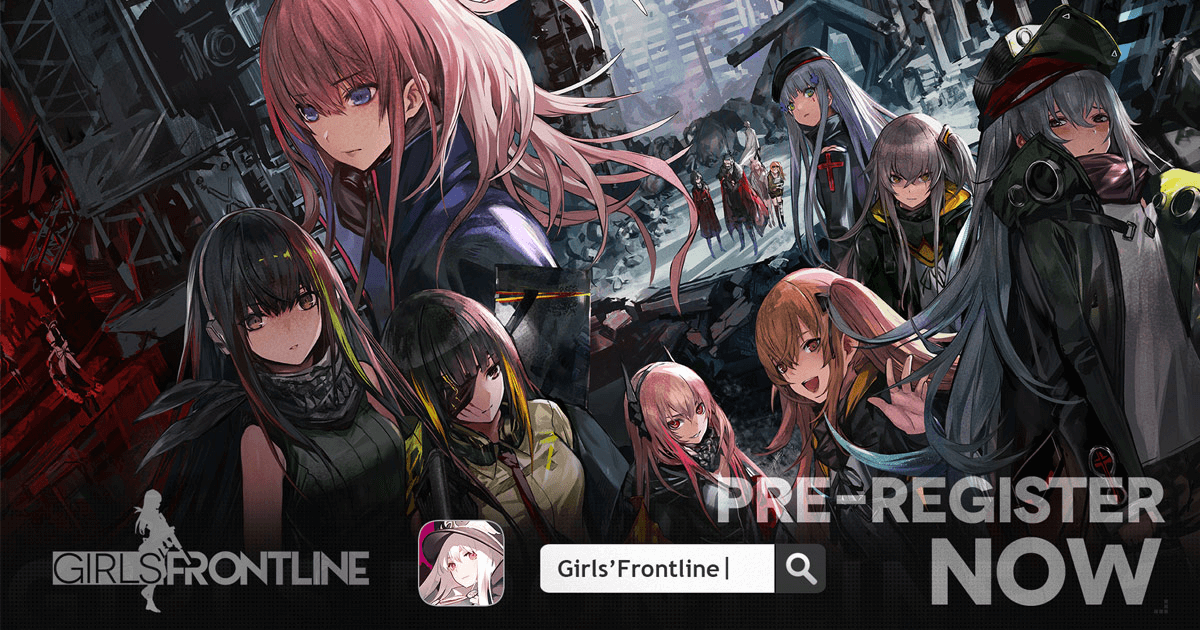 This week’s pick is MICA Team’s flagship mobile game, Girls’ Frontline, a strategy game set in a post-apocalyptic world where the player commands squads of moe androids, also known as Tactical Dolls. The game originally launched in CN in May 2016, while the Global EN server followed suit two years later in May 2018. Today, we’ll be taking a look at the EN version due to the upcoming New Client release, which makes it much easier for new players to get into the game.

What Is Girls’ Frontline?

With the new GFL client update, picking up the game has never been easier. By reaching certain story milestones, newly-added career quests now award the player with T-Dolls that are already leveled and enhanced, plus plenty of Combat Reports, Enhancement Capsules, max-calibrated equipment, and Dummy Cores to comfortably train and equip up to two full squads.

This effectively removes all of the grind needed to hit endgame, so new players can take it easy and enjoy the fantastic story. 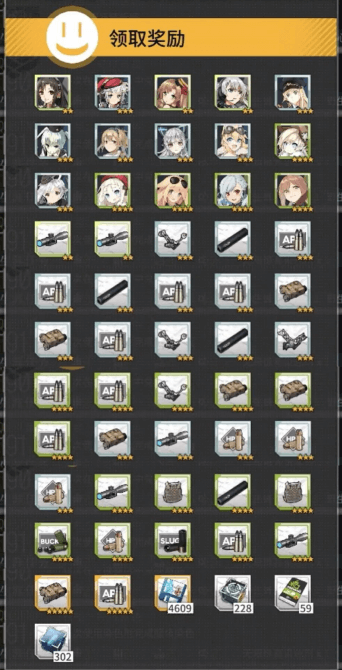 Just the new rewards, not including any of the existing main quest clear rewards.

Of course, the standard 7-Day Frontline Supplies campaign and first purchase bonus are still active, adding in more goodies for new accounts that are actively played for a week. 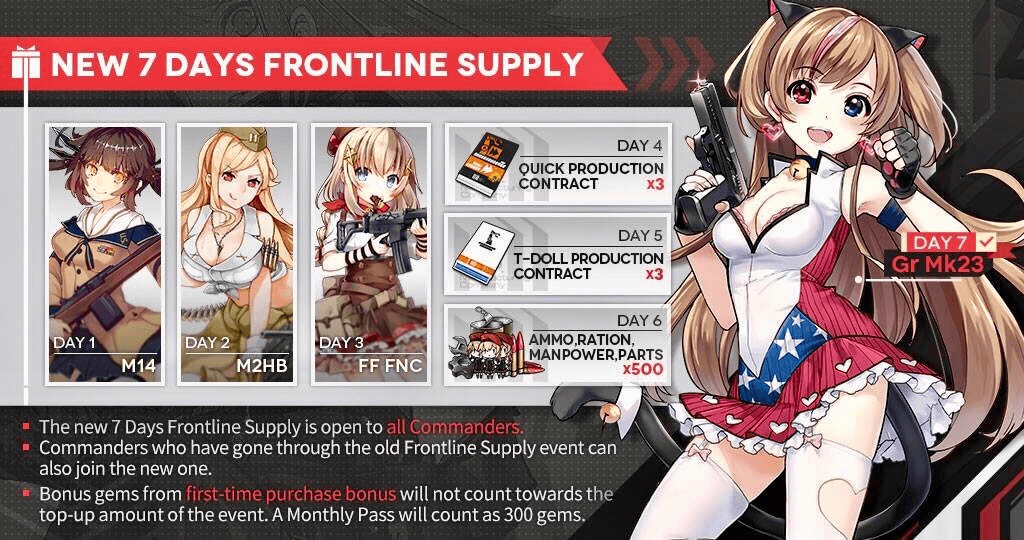 This week also coincides with a rare login crates event. Players simply need to open the game every day and will receive loot boxes that contain rare resources and possibly even 5★ T-Dolls - there’s no catch like having to buy keys or anything else. Any player can just login and open them for free. 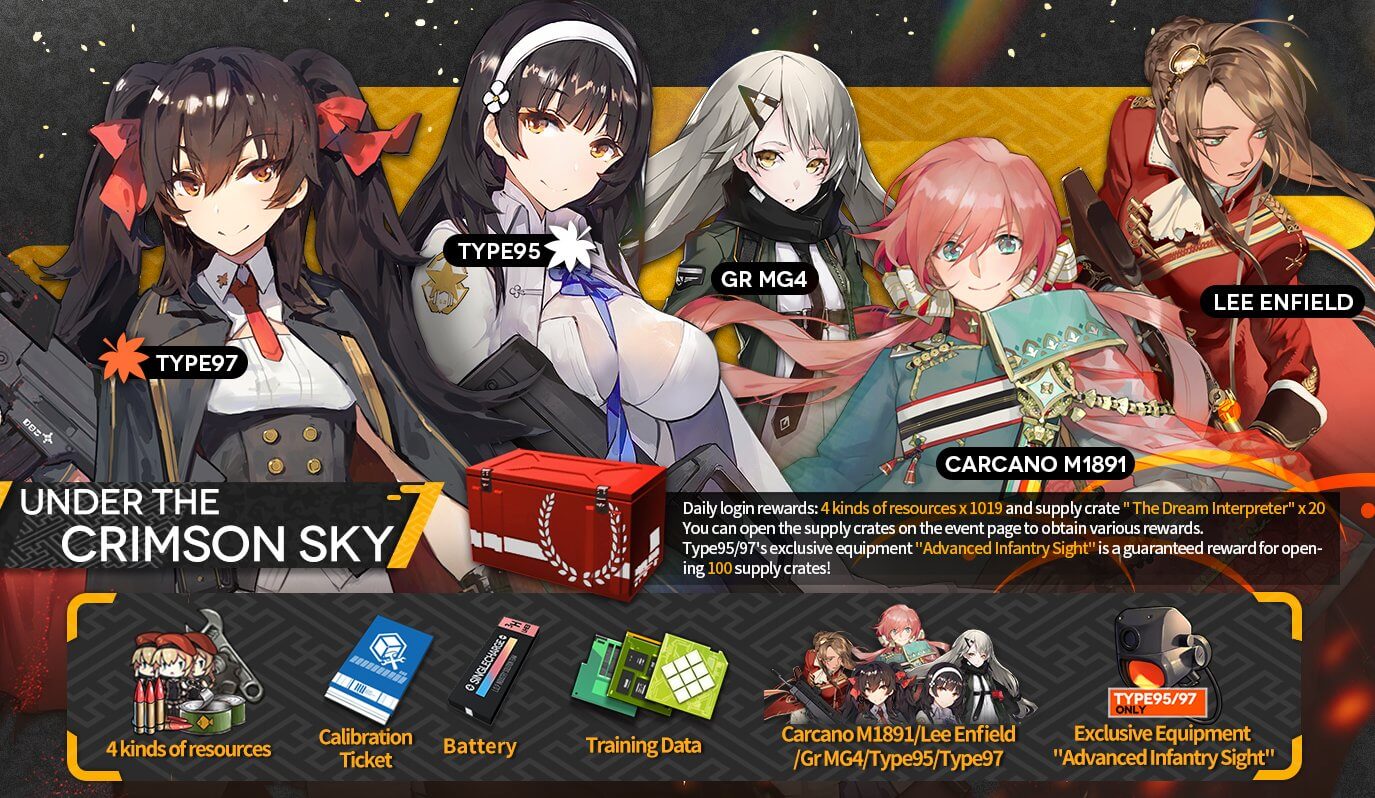 By making an account and logging in on October 21st, a new commander would make it just in time for the guaranteed 100th box and exclusive Type 95/97 Advanced Infantry Sight equipment, since this event ends on the 25th.

New Commanders who didn’t quite make the cutoff need not worry, as this equipment will return in the Black Market later, and will be purchasable using a fairly reasonable amount of farmable, non-premium currency.

Alongside the new Client update is a brand-new Halloween event with a shop that sells tons of goodies that a new player would appreciate, including 5★ Equipment that normally drops at a <1% chance from expensive equipment production recipes.

The event is beginner-friendly and its first map can be cleared by a new account, allowing new players who start early to completely empty out the shop with time to spare, so do not miss this chance to get in on the action! 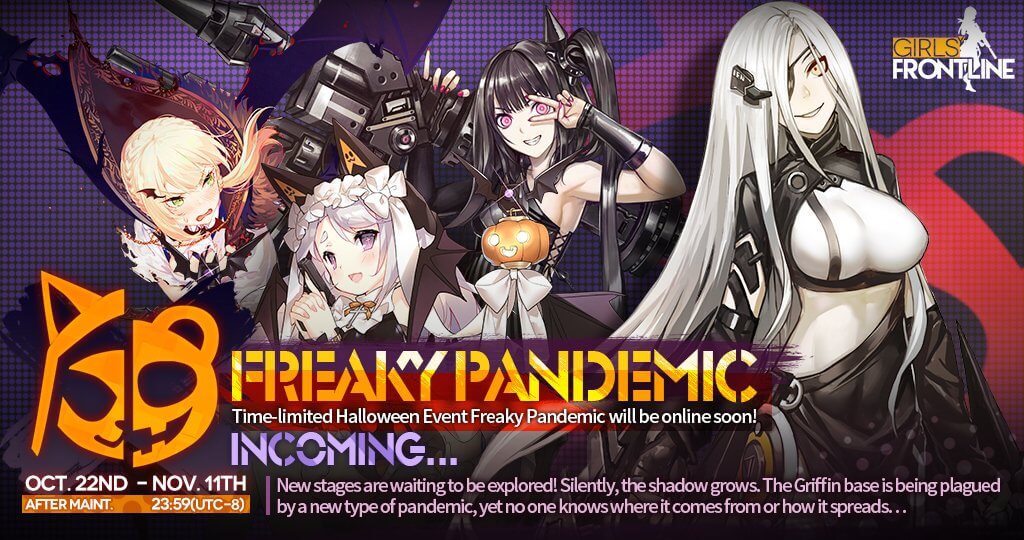 As any veteran GFL player can attest to, the paid gacha is the Dorm Re-Supply token gacha where a commander can purchase cosmetics for their T-Dolls and customized their dormitories.

T-Doll costumes are typically available from time-limited Re-Supply gachas, while some like IWS2000’s “The Seventh Sealer” are instead sold as a bundle that can be purchased directly with the premium currency, gems. The cosmetics have no effect on gameplay, but are absolutely amazing. 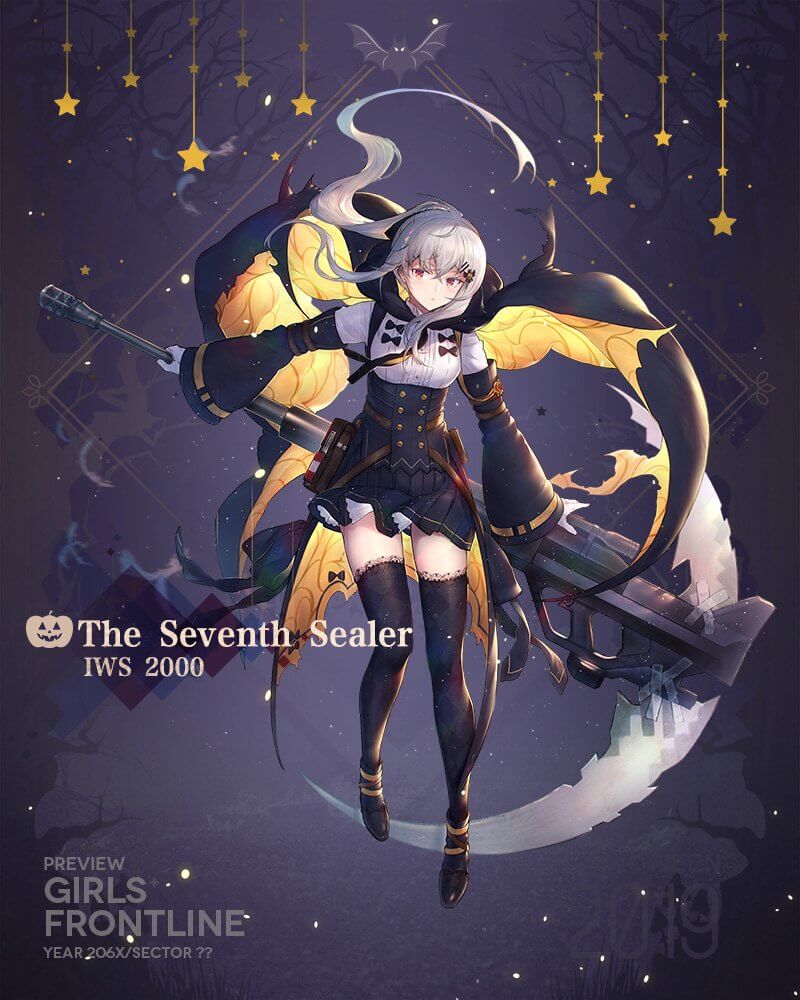 While F2P players do acquire gems over time from login bonuses and quests, the easiest way to get them is by spending some real-world currency.

Do I need to reroll at all?

Unlike most gachas, the answer to this question is a resounding “no”! A Commander can simply make an account and get into the action without missing much, since the production gacha is so generous that even F2P players can collect almost every 5★ and 4★ T-Doll after a few months just by doing their dailies and staying on top of their logistics missions.

Girls' Frontline can be downloaded on Android and iOS at the following links: