And Then, at Mt. Ooe 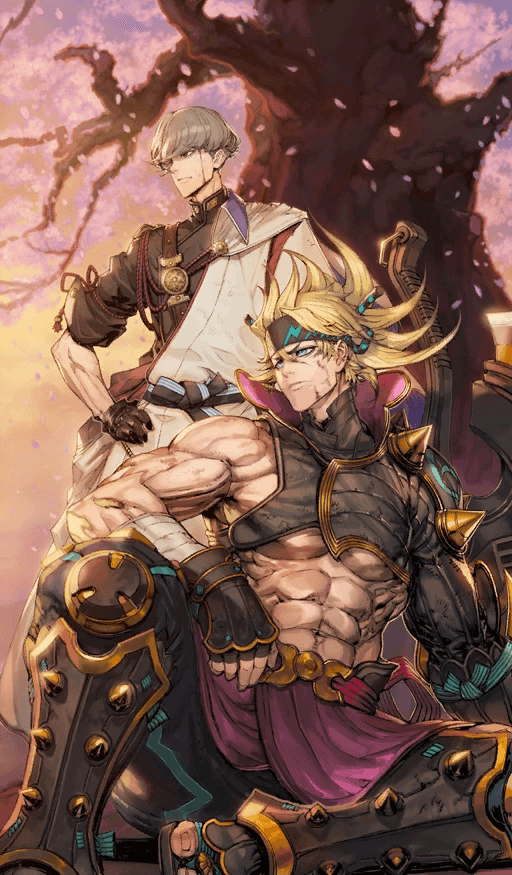 They put their swords down. The bloody battle ended without the need to take a single head.

The morning sunlight seems to sting against their fresh wounds. Even if this pain lingers til the ends of time, they will have to endure it. That's the way of life for the men who chose to live in a world full of oni.

This is a future that could have been. Among the daily battles between oni and warriors, if there was even a single miracle where these two fought side-by-side, they may have spent a morning like this.

But in Proper Human History, the oni of Mt. Ooe were wiped out. Under the protection of the Divine Wine - Shinpen Kidoku, the giant oni's armor made of dragon bones and sacrificial blood pitted itself against the three weapons powerful enough to pierce the heavens, and ultimately cracked...then shattered. Minamoto-no-Raikou and her Four Heavenly Kings severed the heads of each and every one of the sleeping oni, putting an end to their evil.

The sun rises. A new day is about to begin. It may be the dawn of peace for the Heian city, signaling its freedom from the frenzied bloodshed that once drenched its streets. And yet, to the men...

It was just the beginning of an eternal battle as they were made to live with the scars etched deep upon their bodies.