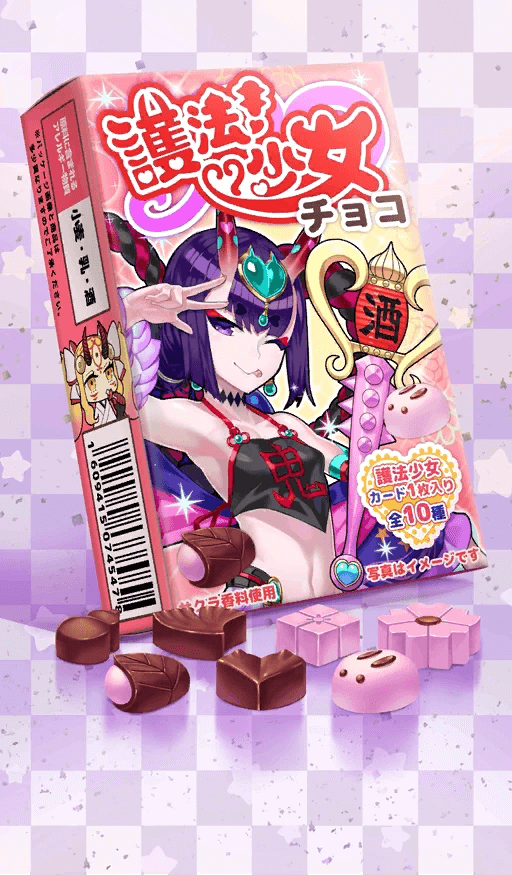 A box containing chocolate that looks like merchandise from a Saturday morning anime intended for little girls. The character on the box is none other than Magifender Girl herself.
It was, in fact, Shuten-Douji (Caster) who proposed the idea for this product, but it seems the Queen of Sheba and Caesar were involved in the design, development, and distribution.