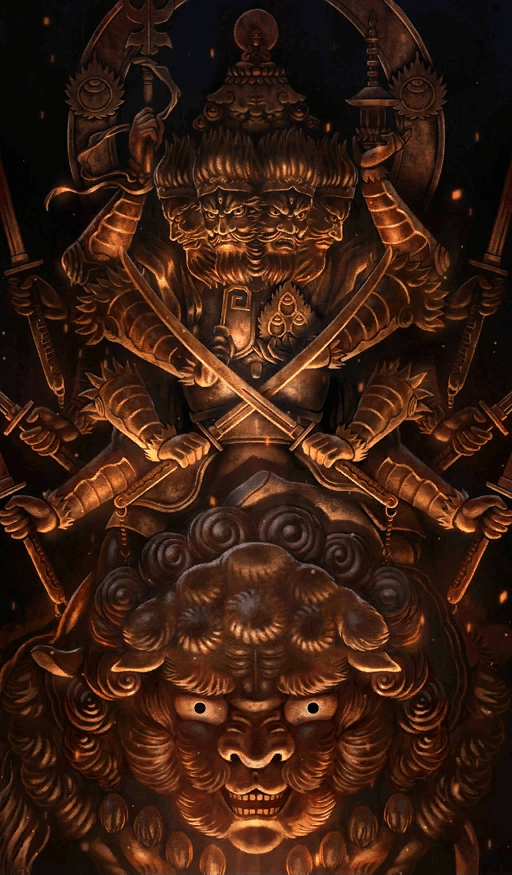 The striking statue of Bishamonten mounted on a lion wielding eight treasured swords, whom Kagetora was said to have believed in.

Kagetora possessed many swords, but she preferred wielding eight treasured swords and spears, naming this technique Hakka no Sonae, the Flourishing Eight Defenses, and of these she relied heavily on a treasured spear that had no signature. This is also one of the reasons why Kagetora was summoned as a Lancer, even though she had the capacity to be a Saber or Rider.

"So why am I a Lancer, you ask? Well, let's just say I had some unfinished business in my past life. If I can meet THEM on the battlefield once again, I'm going to pulverize them completely. And...AND! I wouldn't want people to point out that I lost because I wasn't in my more natural Rider class, so I relinquished the Rider spot for them. And that's why I've manifested as a Lancer. Ahahahaha!"