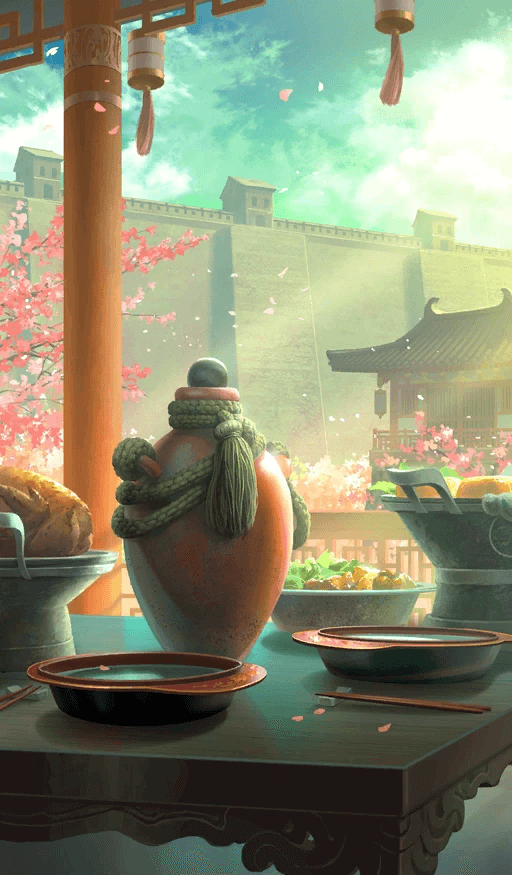 I perhaps won't make it until spring.

That was what the strategist whispered during the long-lasting siege.
And the man smiled gently, an unthinkable moment coming from a man known to be cruel, ruthless, and merciless.

Death was obviously waiting for the defeated strategist.
And yet, the man had neither regret nor fear. He did feel frustrated, though.

Death was also imminent to the man he revered as his lord.
And even that didn't pain him. He did feel guilty, though.

The soldiers under his command would likely survive this and reorganize themselves.
That wasn't a gratifying thought. They will probably be reassigned to a different battle where they would be sure to die.

The families who were summoned to Xiapi Castle...well, they will just have to hope that the leaders of the opposing camp are virtuous ones.
In other words, their fates are well out of the human strategist's hands.

All of a sudden, everything seems nostalgic to him.
He carried on with an ambitious heart, lived through battles, and conversed about his many dreams.
Everything appears as a mirage, with glimpses of the end peeking through.
What the man saw at the very end was not the battlefield, but instead a spring banquet...

Turns out, he didn't know as much about himself as he thought.

[JP] 10/20 Halloween Rising! - Queen of Dust and the Apostle of Darkness- Stream
Stream to start on October 20th at 1930 JST, about 15 hours from now, with a pre…
2022 GSSR - What are your plans?
While the next GSSR is still quite far away, with Spishtar’s debut, the year of wallet…
4 Star Shop option?
So my fiancee and I had in interesting little talk earlier since she was wanting to…
Busti's Stall Diary Chapter #401: Goredolf appreciation thread!
It’s been 400 threads and yet not one has been made about one of the best and possibly…
Where can I get Phoenix Feathers?
FYI I have not cleared Salomon yet. 5 posts - 4 participants …
Read More