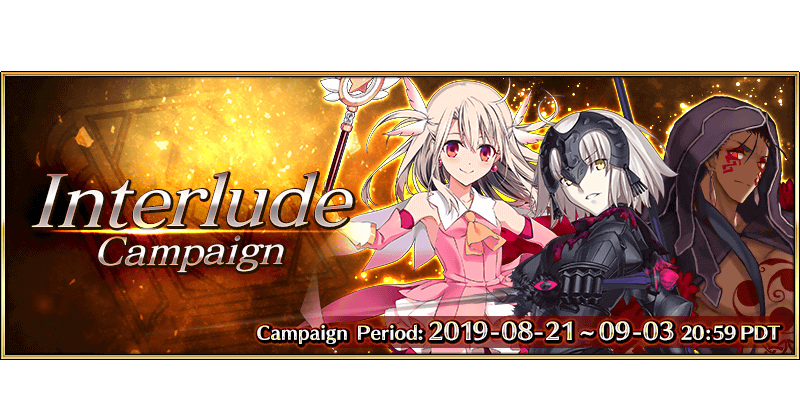 Finally, the long-awaited batch of Interludes that a keen Master knows came out around a month ago if we were playing on the JP timeline. Instead, they bundled them up with what were originally Interludes to coincide with a Prisma Codes campaign. Devious indeed.

Apart from that, a 1/2 AP Campaign for Interludes will also be available. Now is a prime moment to finish any Interludes that are yet to be completed. 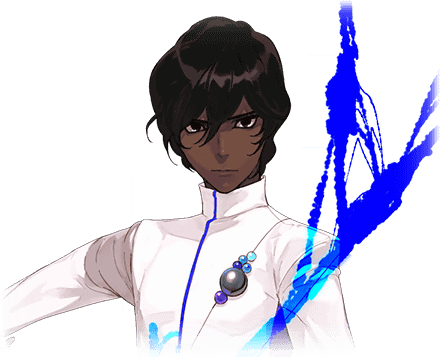 Arjuna Interlude 2: Only by Continuing to Ask Questions AP - 20
Commentary

Clairvoyance (Archer) B+: Clairvoyance has always been Arjuna weakest skill, especially as Arjuna's overall hit counts do not stack up very well with Star Generation. Even the slight increase in the Star Generation buff does little to help with that for Arjuna.

But, the main buff here is of course the rather overkill 5-turn Debuff Immunity it provides on a 6-turn cooldown. In effect, it basically makes Arjuna immune to debuffs over the course of a fight. The one turn downtime is hardly a large window of opportunity.

It's naturally a great effect, but optimizing a team just to circumvent enemy debuffs is hardly ever relevant and even then, Arjuna's non-specialized kit is often glossed over in favour of one of the very many top Archer in all rarities. 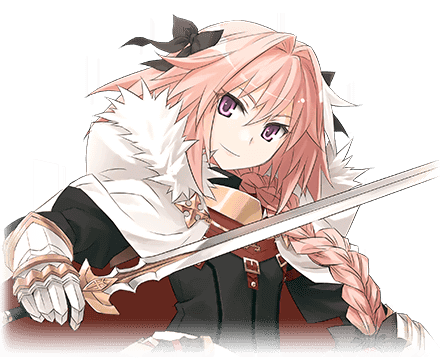 Evaporation of Reason D+: Finally, finally the buff that makes Astolfo the Servant he is supposed to be. We sure had to wait a while for that.

All of Astolfo's sustained performance issues are of course still a problem, the long cooldown, the random nature of the other effects, the terrible NP Gain/hit counts, single hit NP (relevant later)...

But 50% NP Gauge boosts are arguably the most desired skill effect of all AoE NP users in the game, like a Saberface for FGO Revenue, a lottery for Event Rewards and Okita for a Summer Servant (wait, wrong server).

Either way, Astolfo becomes a very powerful farming Servant indeed, being one of the very, very few 4* AoE Servants with a high NP Charge and being a strong option for more budget-friendly 3-turn setups. And, with an Interlude, the NP Damage is acceptable enough to do its job. 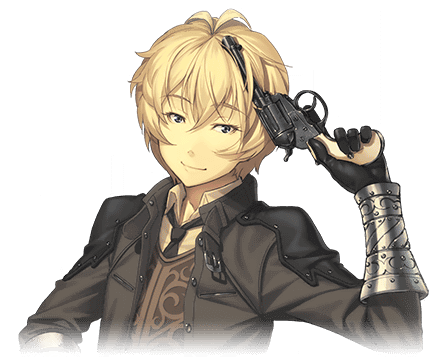 Masters who have cleared the Fifth Singularity, ascended Billy the Kid three times, and raised his bond level to 4, can expect to receive an additional Saint Quartz. 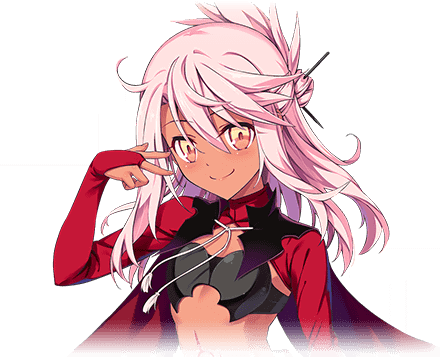 Kissing Freak B++: Low-key this has actually been the first welfare Servant upgrade, rather than Altria Pendragon (Lily)'s NP Upgrade. Of course, it's only an upgrade by the numbers as the buff success rate buff only affects Illya-type Pseudo-Servants, Servants that at the time of writing, do not ideally team up with Chloe from a gameplay point of view.

Who cares about gameplay, eh?

Anyway, it's a fun flavor upgrade, but that is all it is. It will guarantee that any Illya Servant will land the success rate check, but it has no other impact on performance...not that Chloe needs a performance upgrade anyway. 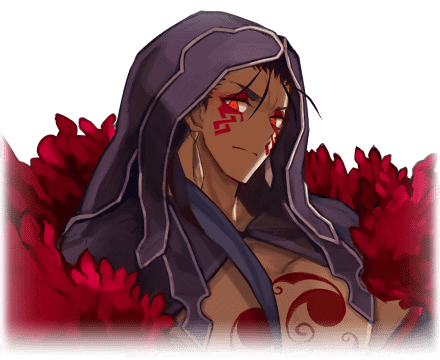 Masters who have cleared the Fifth Singularity, ascended Cu Chulainn (Alter) twice, and raised his bond level to 2, can expect to receive an additional Saint Quartz. 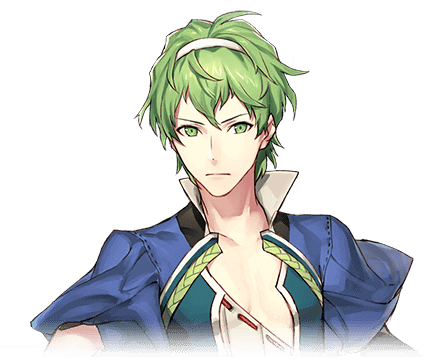 Masters who have cleared the Final Singularity, ascended David twice, and raised his bond level to 2, can expect to receive an additional Saint Quartz. 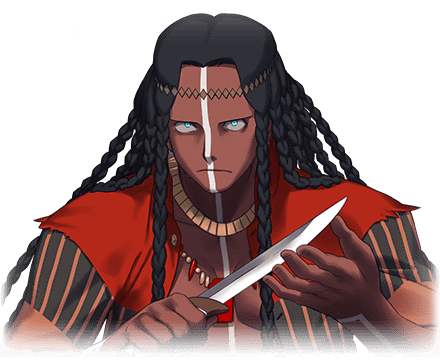 Upgrades via Interlude Quest (not available, ETA 2019/07)
Deals damage to all enemies.
Reduces critical attack chance by 20% for 3 turns.

Tsago Degi Naleya B+: Geronimo, the Servant with only a single skill. A true shame really, because his base performance, and especially his NP, they're really not that bad. In fact, his NP will hit harder than Charles Babbage, if only slightly, and Charles' NP damage already outshines a fair few NP5 4* Casters.

The main issue on his old NP was that it inexplicably (as if his weird skill set wasn't enough), had a lower NP Damage multiplier than is usual for an Arts NP. Not only has that been resolved, it also has the normal Arts AoE Upgraded NP multiplier.

Either way, he's more solid, his NP is rather nice, but he's still hamstrung by his skills. 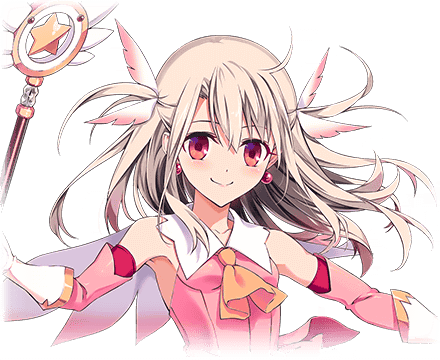 Illyasviel von Einzbern Interlude 1: For Whom is the Radiance Meant To Be AP - 20

Quintett Feuer EX: Sanzang and Illya, Illya and Sanzang. Whenever gameplay comes up, a comparison is not far off. Masters need to weight Sanzang's ease of use, immense flexibility in CE choices (she can always opt for a Black Grail vs Illya's Kscope) and team support, versus Illya's much more powerful base NP and access to better survival skills (Invincibility/guts).

To say that Illya needed this upgrade badly after Sanzang got her's is an understatement. Sanzang also remains a better farmer, if one needs to deal with a massive Assassin enemy (such as Babylonia's Entrance to the Underworld, but Illya can keep herself alive a lot better and her pure damage output is far higher than Sanzang's if not compensated for with CEs.

Indeed, after her NP Upgrade, Illya's NP damage is among the highest in the game especially against Assassins. And with new strong buffs on NP, an even stronger Overcharge, blasting and recharging her NP has only become better, especially as Illya has 3 Arts cards to draw on. Her performance is close enough at least to Sanzang, to warrant a Tier upgrade. 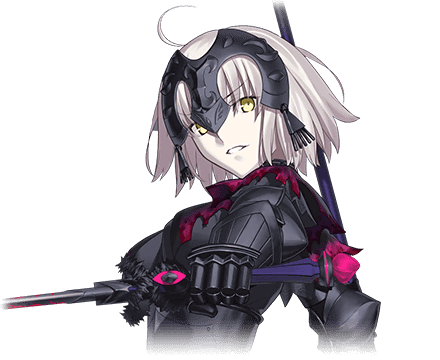 Jeanne d'Arc (Alter) Interlude 1: That Which Must Be Corrected AP - 20

Masters who have cleared the Seventh Singularity, ascended Jeanne d'Arc (alter) twice, and raised her bond level to 2, can expect to receive an additional Saint Quartz. 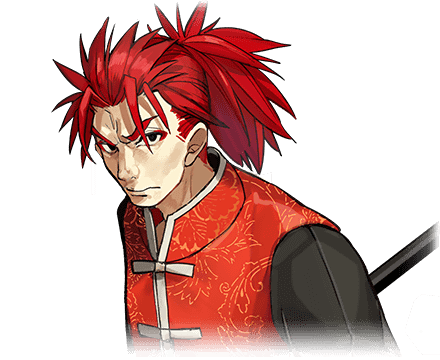 Masters who have cleared Pseudo-Singularity 1 (Shinjuku), ascended Li Shuwen twice, and raised his bond level to 3, can expect to receive an additional Saint Quartz.