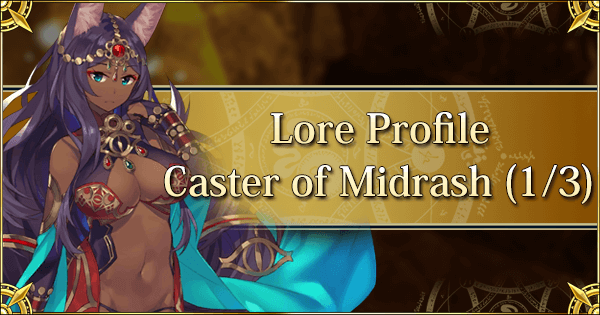 Queen of Sheba (Caster of Midrash) 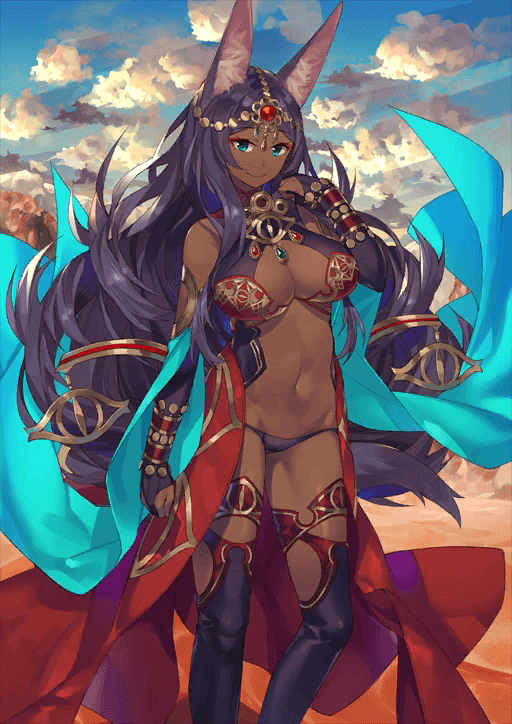 The Queen of Sheba is one of the most spoken-of women in all of human history. Her enigmatic story and legends abound across religious works and retellings in many countries and religions. Tales of her appear in holy books like the Bible, the Quran, the Tanakh, and the Kebra Nagast. Her story has many interpretations, varying among Israelites, Copts, the Yoruba, and Ethiopians, among others. As you can already see, there is a great deal of ambiguity about her (which is acknowledged by her lore in the Nasuverse), and therefore we certainly don’t have the space to explore every iteration of her legend here. However, I’ll summarize the interpretation that is most relevant for our purposes: the Jewish version, which contains the most elements that are directly referenced in the Nasuverse.

In Jewish writings, the Queen of Sheba is considered the queen of Egypt and Ethiopia, then known as ‘Saba’ (hence Saba -> Seba -> Sheba). She shows up in the Talmud occasionally, but the most vivid account of her visit to King Solomon occurs in the Targum Sheni, a midrash of the Hebrew Bible’s Book of Esther. You can think of it loosely as ‘the Book of Esther, retold with some new bits which are of dubious authorship.’ (‘Midrash’ as a term can mean any of the following: 1) a specific work of Judaic biblical interpretation, commonly a rabbinic work; 2) the method of textual interpretation used to write said work; or 3) especially when written as ‘Midrash’ rather than ‘midrash’, a specific compilation of several such midrash which were written between 400 and 1200 CE. Hence the Queen of Sheba’s designation in FGO as ‘Caster of Midrash’.)

In the Targum Sheni, Esther is told the story of how King Solomon threw a grand feast for all his subjects - the animals, the birds, and the demons who served him. But one bird (a hoopoe, which are sometimes written of as Solomon’s special messengers) told Solomon that all kingdoms on earth were subject to him save for one - the land of Sheba. Solomon sent the hoopoe to command the Queen of Sheba to come to Israel as a subject. The story says she then sent back ‘all the ships of the sea’ loaded with precious gifts, and proclaimed that she would make the journey to Jerusalem in three years instead of the normal seven. Upon her arrival, Sheba mistook the glass floor of Solomon’s palace for water, and lifted her dress as she went to walk inside. In doing so, she revealed that her legs were hairy, and Solomon chastised her. Then, the well-known exchange of riddles and wisdom: it is agreed by almost all sources that Sheba asked Solomon riddles of some number, to test he who was known as the wisest of all men. The Targum Sheni says 3 riddles, the Midrash ha-Hefez says 19. Regardless of number, Solomon answered all riddles that were asked of him and the Queen of Sheba was suitably awed. Thus was proven the truth of what was once written: ‘And the Lord gave wisdom unto Solomon.’ Some rabbis interpret the last part of the story as meaning that Solomon and the Queen of Sheba had intercourse, but that is debated - most agree, however, that they parted amicably. The last bit of note in the Jewish interpretation is that a Jewish and Arabian myth recounted in the Encyclopedia Judaica maintains that the Queen was a jinn (or djinn), half human and half demon. The Kabbalistic interpretation of Sheba ties her, in fact, to Lilith herself.

A wise and rich queen, who ruled a kingdom of vast splendor in Arabia, met with wise King Solomon and matched wits with him, and may have been his lover. A shrewd merchant considered by some scholars to have conducted the journey to Jerusalem as a trade mission, and who was the first in South Arabia to do so. This and none other is she who was known as the Queen of Sheba. Did she exist, you ask? Well, who can say?~

Need friends servants to farm Chaldea EXP
Good Day, Masters! Can I add many friends with strong servants that I can use to…
Assassin Ember Farming- What is more Tolerable?
Using Sieg and his ~12 second long NP, or Gong farming with the extra button clicks…
Where's the Walkthrough
So today starts All the Statesmen “The History of the American Frontier” Revival but I…
Which of the major supports do you have?
Just curious Click to view the poll. Just the Big 5 TM casters, plus Bride and Reines…
Busti's Stall Diary Chapter #523: Ooku and Kama
In preparation for Ooku, I felt the need to post my second favorite Sakura Face. …
Read More