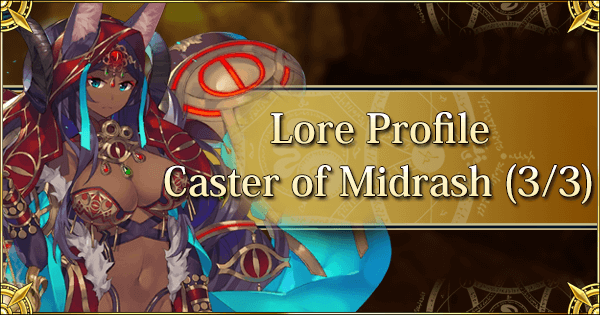 Frankly an impressive job was done in incorporating many of the varying myths and versions of the tales of the Queen of Sheba. To wit, FGO Sheba most closely follows the Jewish interpretation as mentioned in the Character Origins section. The animal aspects of her design reference both the Jewish/Arabian jinn legend and other, unrelated variants such as the Ethiopian holy book Kebra Nagast’s version, which states that she had hairy legs and cloven goat’s feet. On top of that, Sheba actually acknowledges her own status as a being shrouded and myth and mystery. When she reaches her 4th Ascension, she admits to being an apparition, a woman who disappears like a mirage in the desert. Some top-tier self-awareness on display there. Plus, during the Salem singularity when she acts in the guise of Tituba due to Raum’s meddling, her role is thematically appropriate. Tituba was accused of telling stories of demonic magic to the girls of Salem and entertaining them with puzzling riddles. But who else to play the part than one who knows all about that demonic magic personally and was the centerpiece of the most storied legend about riddles ever told?

Sheba’s Noble Phantasm is Three Enigmas: Three Riddle Tellings. As the most famous version of her visit to Solomon went, she asked of him three riddles. One translation of her story phrases the ‘riddles’ bit a little differently: ‘... she came to prove him with hard questions.’ (1 Kings 10:1) Well, FGO Sheba really has her own way of asking ‘hard questions’. Painfully. Three Enigmas sees her summon her servant jinns Achat, Shtayim, and Shalosh (Hebrew for ‘one’, ‘two’, and ‘three’ respectively) to pulverize the enemy. The NP isn’t particularly coherent to the lore, as the riddles end up being represented by generic energy blasts, it doesn’t even have a hit count of 3, and its secondary effects are only marginally on-theme. It inflicts three debuffs that each last three turns (ATK down, DEF down, healing received down), so that’s at least something, but none of the debuffs are particularly relevant in a lore sense. It would have been a nice touch to have it inflict NP Seal instead, since you could make a case that riddles = confuse the enemy = can’t call on the NP’s True Name. But that’s just wishful thinking, and Sheba is already such a good Servant that it would have been somewhat questionable to give her an NP Seal balance-wise. Alas, such is the give and take between gameplay and lore.

Last, but not least, here are a couple of observations before we must part. Did you ever wonder why Chaldea’s ‘Near-Future Observation Lens’ is named SHEBA? Lev Lainur, who built it, probably thought he was being a real wise guy when he named it for the clairvoyant Queen of Sheba, who had a relationship (of some ambiguous nature) with Solomon, who of course was a central character in Part 1. Also, eagle-eyed viewers may note that a shot at the very beginning of the original FGO Opening video, shown below, looks suspiciously similar to a well-known painting named ‘The Visit of the Queen of Sheba to King Solomon’, also shown below. Chew on that until we meet again, dear readers.