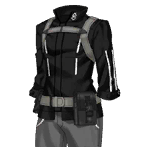 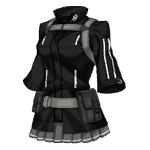 The big elephant in the room therefore is that getting this Mystic Code up to scratch requires ridiculous Mystic Code Experience dumping before it starts becoming one of the best Mystic Codes.

Fortunately, the returns are great as well. Unlike any other Mystic Code, the primary damage buff, Illusionary Buff, grants two damage buffs at once. This hybrid Attack Up/NP Damage Up stacks remarkably well with almost every Servant (especially as NP Damage is a rare buff in general). Yet, while this damage buff combination could certainly be seen as a straight upgrade at max level compared to the basic Chaldea Mystic Code, the survival skills are a more mixed bag.

Considering the sheer Mystic Code Experience required, Masters will pick up how to best use this Mystic Code eventually. Fortunately, as Illusionary Buff is nearly always a powerful damage steroid, this Mystic Code is a great basic choice to enter any non-Challenge Quest in. Furthermore, as its survival tools are generally inferior to the likes of the Atlas Academy Uniform or the Chaldea Mystic Code, Masters should focus on how to best exploit the multiplicative buff stacking from Illusionary Buffs anyway.

The most important observation is that NP Damage Up and Critical Damage Up always stack additively with Event Damage Bonuses. What that means is that this Mystic Code tends to be very weak for Raid Events, weaker for Events with Bonus Servant damage, and weak for Nero/Gil-Fest type High Difficult Events, especially as it is likely not maxed out as well.

A second observation is that it is naturally fairly rubbish for damage Servants with no damaging NP, such as Qin Shi Huang, Superhuman Orion, or indeed, Stheno. It also is somewhat less effective if the damage after NP is just as important.

Apart from that, it stacks best with Servants and supports that buff Card Effectiveness. Often Illusionary Buff is used to blow up the final wave as the damage requirements tend to be highest there. Supports like Scathach=Skadi, Tamamo no Mae, Merlin and Helena Blavatsky all tend to supply heavier Card Effectiveness than other damage boost-types. Meanwhile, while Servants such as Arash, Bedivere, Euryale, EMIYA, Mordred or Lancelot (Saber) will maximize most of the potential damage stacking from Illusionary Buff considering their lack of easy to access Attack/NP Damage buffs.

Yet, the Illusionary Buff split is 40% Attack Up and 20% NP Damage Up. It's going to be useful regardless of who you field most of the time. Servants with NP Damage Up (Karna, Arjuna, Frankenstein, Santa Altera) still scale well (although they may wish to use the Chaldea Mystic Code or the Chaldea Combat Uniform). Meanwhile Servants with a more minor portion of Attack Up still scale wonderfully, such as Altria Pendragon, Anastasia, Okita Souji or Ereshkigal.

A final piece of advice is that enemies that deal AoE damage (hydras, dragons, massive ghosts, etc.) all but make the Evasion a very minor damage reduction. Try to avoid fielding this Mystic Code against such enemies. Instead, it tends to work best to keep very fragile Servants alive for basic nodes where there's a small chance for a crit death - think Servants such as Berserker of El Dorado, Lancelot or Hijikata - all of whom use Illusionary Buff very well too.

There's a very good reason this Mystic Code is the only one that has two different scores. At base values, this Mystic Code is rather underwhelming, and it will be underwhelming for a rather long period of time. Fortunately, the scaling on Phasmal Reinforcement is very good, and Purifying Recovery becomes more potent as well. Masters need around ~52 Million Experience to reach level 6, and it is only at that point it starts to become a serious competitor to every Mystic Code except the Chaldea Combat Uniform.

As said before, this Mystic Code is a project that will pay off eventually, and actually scales well with levels. Masters who have finished leveling their Chaldea Combat Uniform should start to consider starting their journey with this Mystic Code immediately.

Purifying Recovery
Restore HP to an ally. Remove DEF down debuffs from an ally.
Show Info

Do any of you sometimes prefer duplicates over new servants with regards to spooks?
Topic speaks for itself, but I find I fall into the camp that prefers duplicates for…
Busti’s Stall Diary Chapter #403: doodles from nyoomdles
This was originally going to be a general husbando thread, but the master L11…
So that I know how many grails do we get between now and the update for level 120
What the title says, I need to know how many I can spend on other favorites while…
Fate Stay Night VN: Now Playable Online
Web Version of Fate/Stay Night : fatestaynight (reddit.com) https://fatestaynight…
New Mysitc Code Halloween Royalty Discussion
What do you think about this new mystic code? Imo its great for who wants to solo…
Read More