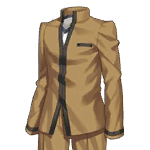 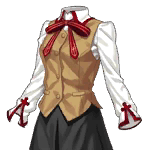 Who knew the students of Fate/Stay Night's very own Homurahara Academy carried such remarkable power? This Mystic Code is a worthy addition to any Master's arsenal by virtue of its rare buff types that synergize very well with most support-heavy team compositions of any kind. The Buster-typing from Code: U is thus a bit of a misdirection in that regard, as the combination of both NP Gain and NP Damage Up makes a Fragment of 2004 stack incredibly well with compositions that rely on refunding their NP.

Still, for many of the compositions where refunding an NP Bar comes down to the wire, A Fragment of 2004 is not as powerful as the sheer versatility of the Chaldea Combat Uniform and the additional plethora of buffs an Order Changed Servant can provide. Similarly, Masters need to be able to launch their NP to profit from NP refunding, something the Mage Association Uniform often proves more valuable for.

One key caveat bears repeating; The Chaldea Combat Uniform can replicate the effects of this Mystic Code via Order Change - but Order Change itself can be time consuming and/or prohibitive in terms of farming Bond Points/team cost.

Either way, 3-turn NP Looping compositions are a prime target for this Mystic Code. Not only will the NP Damage Up buff stack incredibly well with all the Card/Attacks buffs for the third wave, but the massive NP Gain buff can prove very useful to hit just the right amount of refund for tricky waves 1/2 (such as those with 2 enemies!). Note that the Mystic Code by itself will not be able to help with the refund for all 3 waves nor stack well with Servants that have powerful NP Gain buffs of their own. Servants also need to be able to NP right away. 3-turn Looping Servants like Mordred (Rider), Parvati and Valkyrie thus make great targets for this Mystic Code, especially with Support from Tamamo No Mae or Scathach=Skadi.

It's also quite powerful in combination with other NP Spamming Servants such as Caster of the Nightless City or Altria Pendragon (Archer).

However, Masters can also employ a 2-turn NP Loop during farming. Useful for Masters who lack the expensive Support required for a full 3-turn loop, Masters can still pull of a single turn of NP refund with Code: H and their (borrowed) Support. For the remaining wave, Masters could use Servants with a powerful NP Charge of their own (such as Arash, Spartacus, Astolfo or Ishtar).

Buster Critical-based strategies are also viable, if a bit less powerful than those created by Anniversary Blonde. Servants with extremely powerful Buster Brave Chains (and who benefit from the other buffs as well), especially with Critical Damage buffs, make for prime targets. Try to avoid Servants who have Critical Star Gathering buffs of their own or create oodles of Critical Stars though. Prime targets are Gorgon, Heracles, Sakata Kintoki, or really any Servant buffed by Merlin's Hero Creation.

Finally, Servants with a very powerful NP Gain Chain synergize hard with the Code: H as well, especially if they can trigger Overkill while buffed. Think of Servants like Sakata Kintoki (Rider)'s AQQ-chain and his Card Performance buffs, or Miyamoto Musashi's Fifth Force. Truthfully, almost any Servant can be primed for massive NP Gain with their best chain and Overkill.

Considering how important it is to maximize all buff values to be able to NP Refund properly, it is highly recommended to level this to max ASAP. Still, Masters can resort to the Chaldea Combat Uniform as a more potent replace, but shuffling Servants can get time-consuming. The cooldown reduction will almost never really be useful, especially as this Mystic Code performs very poorly in Nero/Gil-fest like Challenge Quests due to Code: F's poor scaling with Event Damage CEs.

Besides, considering all the strategies listed above, this is rather a fun Mystic Code to mess around with!

Mystic Code Quest: A Fragment of 2004