Memories of the Far Side of the Moon 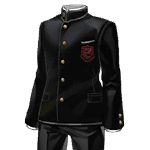 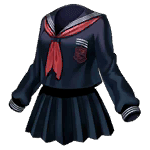 With an elegant name, Memories of the Far Side of the Moon is an Arts-focused and rather niche Mystic Code that finds only minor use in practice. Its Debuff Immunity offers some decent synergy for Servants with a Self-Stun skill or other debilitating demerits, but such Servants are few (and in time often gain an upgrade that removes the demerit), while its long cooldown prevents multiple uses for normal quests. Meanwhile, similar to Brilliant Summer, the weaker values of its team-wide Arts buff and the often unappealing use of multiple NPs in the same turn prevent it from being strong for AoE Arts farmers either, at least, compared to Memories of the Lunar Sea.

At the end of the day, this Mystic Code does not offer any particularly unique perk that cannot be (easily) found elsewhere either through Craft Essences or via Servant skills. Since it is still limited by high cooldowns, it is generally one of the least used Mystic Codes in the game.

The most notable usage out of this Mystic Code is to utilize its Survival Strategy’s Debuff Immunity effect, which is a rather unique buff compared to its two other skills. There are Servants whose self-demerits are very detrimental to their, or the team’s, performance, namely Jeanne d’Arc (prior to her Rank Up), Tamamo Cat (Prior to her Rank Up) and Frankenstein. Unlike the Atlas Academy Uniform, Debuff Immunity is proactive and preventive, meaning Servants with a self-stun can still complete their attack chain - making it a superior option compared to cleansing reactively.

Certain Challenge Quests may also have a powerful debuffs that can be avoided by a one-time Debuff Immunity, but Servants like BB or Sanzang or Craft Essences such as Vessel of the Saint are better at providing similar effects at a smaller cost.

Other than that, this Mystic Code can be used in Arts stalling teams with Arts-based Servants that also have an NP drain effect, such as Orion, Altria Pendragon (Archer) or Tamamo no Mae. Preventing an NP from firing altogether is naturally a powerful strategy!

This Mystic Code has the standard Mystic Code EXP curve, which is only slightly higher than the default Mystic Code. While it is fairly easy to level, its limited use in comparison to other more versatile Mystic Codes makes it not worthwhile to actively level. The value gained from leveling is also quite poor, as aside from the cooldown reduction, only Complete Spiritron Elevation’s Arts buff values increase per level.

Mystic Code Quest: Memories of the Far Side of the Moon

Dial Down
Decrease a single enemy's Charge by 1.
Show Info

Lostbelt No. 1: Permafrost Empire, Anastasia - The Grand Duchess of the Beast Nation

Lvl1 servant
@Exa wrote: So, i kind of called if for my self yesterday…
The upcoming double skadi farming
@Solace wrote: Just a question, will the double skadi…
OST Release
@ManDingo4 wrote: Just wondering, Does anyone know when all…
Some "official" translations of terms in Lostbelt 1
@Kyori_Akiharu wrote: So, I’m sure we are all familiar with…
Have your favorite Servant's, head? (or an (early) April Fool's thread)
@Prime43 wrote: So we’re close to April Fool’s. Nothing too…
Read More