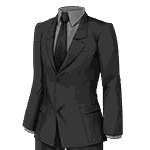 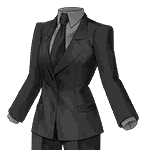 Royal Brand is a very niche Mystic Code. It is mostly specialized for Quick-centric teams, which tend to be more uncommon than Buster and Arts teams until the release of Skadi. It has some use in providing a massive damage boost to Quick Servants (during farming) as high value Quick buffs tend to be rare and stack very well with the more common Attack buffs.

Still, even the release of the premier Quick Support will not make it much more useful - with Quick buffs more readily accessible, the additive nature of Quick Performance buffs will make non-Quick Mystic Codes more attractive again. The Star Absorption buff is very useful for Quick Servants that do not produce an overkill of stars though.

There are 3 mains ways to exploit this Mystic Code.

As it is heavily specialized for Quick teams, Quick-oriented Servants such as Jack the Ripper, Scathach or Okita Souji are good users of this Mystic Code. Jack the Ripper and Scathach lack a reliable way to gather Critical Stars, while both Scathach and Okita Souji do not have the ability to bypass Evasion. However, this Mystic Code is largely inferior to other options such as the default Mystic Code or Chaldea Combat Uniform in terms of covering general performance for Quick Servants (who often have a Quick Boost of their own), and in general it is a poorly designed Mystic Code for this use.

Alternatively, there are a couple of Servants that combine well with the Quick Buff to enable their NP and/or their Quick chains to generate a sufficient number of Critical Stars for the following turn. Without help, these NPs would not necessarily produce enough Critical Stars by themselves. Servants like Tamamo-Cat, Tristan or Frankenstein could use the extra Quick Boost in particular.The Star Absorption buff can then channel these Critical Stars to strong critical (Buster) damage Servants like Karna or Heracles.

Lastly, it can be used to reinforce AoE Quick Servants such as Scathach (Assassin), Frankenstein or Lancelot who scale very well with more Quick buffs. This is especially viable if the damage supports for these Servants provide mostly Attack buffs or NP generation - such as Zhuge Liang, Nero (Bride) and Elisabeth Bathory.

This Mystic Code has a fast leveling rate, meaning it does not take much effort to get it to level 10. The scaling on Reaction Enhancement is pretty good, but the scaling on Iron Will really only benefits Servants with particularly low Star Weight such as Berserkers or Avengers though. The cooldown reduction on each skill is extremely unlikely to ever really be relevant.

Inescapable
Apply Sure Hit to one ally (1 turn)
Show Info

Beowulf vs Jeanne (Berserker Alter)
Having accidentally reached NP4 with Beowulf even though I’ve never actively tried to…
Should i roll for Dantes? 3 Turn Farming General
(topic withdrawn by author, will be automatically deleted in 24 hours unless flagged) …
What's worse than trying to max multiple servants?
Trying to max multiple servants that are in the SAME CLASS. Thanks for coming to my…
Trying to expand Friend list
Fate GO_Screenshot_2020.07.13_14.44.244448×1758 881 KB Need Fp bad! Friend Code: 727…
This has been bugging me (tier list change)
Don’t think I need to go into detail on the controversy with the tier lists right now…
Read More