With Calamity Jane, we get yet another interesting Quick semi-support. She fills roughly the same role as Lakshmibai and Summer Carmilla in that she helps low-to-mid Quick teams move faster, and she has a lot of very nice tools that can help her do this. She isn’t hugely different from the prior two, but she has some nice synergy with Berserkers and Avengers in particular and she can be a nice pull if you don’t yet have anyone who matches her niche. 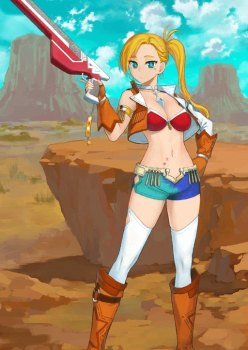 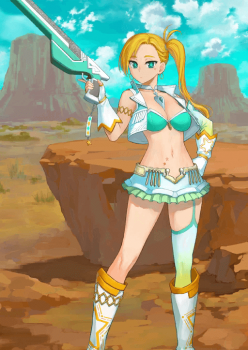 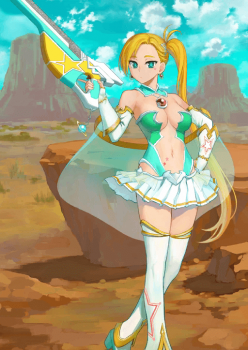 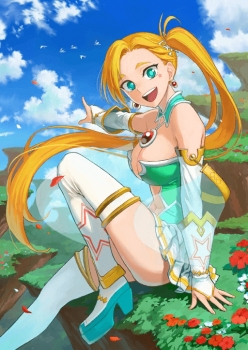 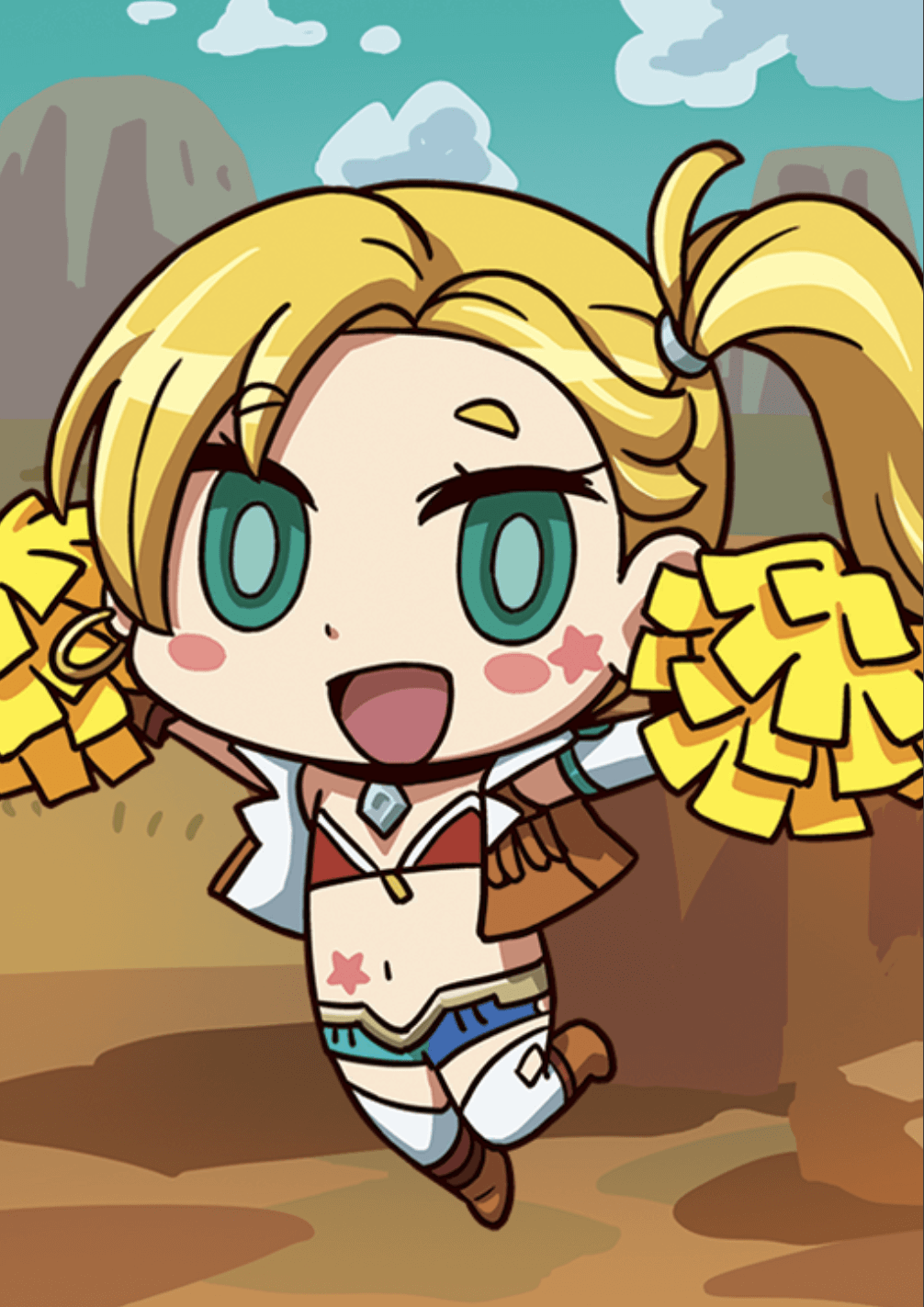 Jane has low-ish attack and quite high HP, which is not exactly ideal for a Servant with an offensive lean, but her overall stat pool is pretty high and she has strictly better stats than Demiya and Summer Osakabehime, so she isn’t in a terrible position stats-wise. Her Arts card NP gain is remarkably high for her deck, and while her Quicks aren’t anything special they also aren’t terrible, which means she’ll have a reasonably easy time building access to her NP. Star-gen-wise she’s a bit less well-off, but an NPQQ chain should still make a reasonable number of stars. Jane also has a great set of passives to round out her bases, with Magic Resistance to stave off debuffs, a high level of Riding to boost her Quicks and NP, Presence Concealment for more stars, and Independent Action for stronger crits. She essentially gets to mix-and-match passives from various classes in order to give her the best leg-up she can realistically get.

Jane’s mats are, interestingly enough, nearly identical to Summer Osakabehime’s. She asks for primarily Lostbelt mats, and while nothing she needs to terribly hard to farm, it’s reasonably likely you will need to spend some time farming if you want to max her quickly.

Jane is a semi-support, and her skillset is primarily supportive in nature. Recommended skill order is 3>2>1.

Sabotage is a nice if unexciting defensive skill. Attack down and crit rate down are both great effects, but the values here are so low they aren’t likely to make all that much difference in practice. 10% attack down is pretty negligible unless you’re stacking buffs/debuffs, and 20% crit down is right about the point at which crit down becomes noticeable (and this skill caps out at 19% which… might as well be 20%). More survivability is always nice, especially for Quick teams, and this has good uptime and a short cooldown, but it’s not anything amazing.

Galactic Messenger is a loaded skill. It’s an AoE charge drain, a specialty Charisma, and a party battery. It both speeds the party up and grants a potential extra turn of survival, taking some of the pressure off Jane’s team. Really excellent skill for a Quick semi-support to have.

Show Me the Way, Oh North Star B

Show Me the Way is a weird skill that gains additional effects with every 10 stars you have. It does not consume your stars, so there’s no disincentive to use it unless you think you’ll have more stars available on a later turn. At base, the skill provides a 3-turn buff success boost, and unlike in the case of Lanling, Jane does not particularly need to use the skill on herself. While she’s best for Quick teams, this means Jane can also be a nice partner for servants like Cleo who have strong buffs locked behind fail chances.

At 10 stars, the skill grants a 3-turn crit damage buff, which is nice to have for a Quick DPS. With only 10 stars you are unlikely to get much use out of it, but at higher values this effectively turns into a pseudo-self-mod. There is some anti-synergy for a Self-Mod type skill in a low-end Quick team, as you want all three Servants to be contributing damage to the extent possible, but if you do have a DPS who is noticeably stronger than the semi-supports—MHXA or Xiang Yu, for instance—this can be quite valuable.

Speaking of the Berserkers, at 20 stars, this skill gains star weight up, completing the “Self-Mod-like” effect. The star weight buff is strong enough to give ‘Zerkers a decent chance to crit and Avengers a good chance to crit, which is probably Jane’s most unique trait. She is probably the best Xiang Yu enabler currently available outside of battery spam setups.

At 30 stars, the skill becomes a targeted dodge. If you consistently make 30+ stars, this skill is quite powerful, as a targeted dodge on a 5-turn CD is a rarity indeed. At 40, the skill also gains pierce invuln, which is a nice form of utility that means you are unlikely to waste a turn of nearly guaranteed crits.

At 50 stars, this skill is also a 20% battery. This is powerful in theory but tricky to make use of in practice, and at the point you’re able to consistently flood out stars you probably have better NP charge sources you could be using.

Apply Sure Hit to self (1 turn).
Deals damage to a single enemy.

The Black Hand that Brings Death

While none of Jane’s individual buffs is particularly strong, with her passives, skills, and overcharge thrown together she has slightly above-average NP steroids, which means she can hit decently hard even when operating in a support capacity. This is, of course, quite valuable for a Quick semi-support. The overcharge effects on Jane’s NP only last for two turns, which means Jane has little in the way of damage-snowballing potential, but her damage is quite consistent regardless and the debuffs will help Jane’s allies hit harder on average. The NP also pierces evasion by default, which is nifty.

While Jane’s good buffs mean she can function passably well as a pure DPS, her primary function is as a Quick semi-support in the vein of Lakshmibai and Carmilla. All three of her skills have defensive components, and her second and third skills, as well as her NP, help to push party damage. Jane will work well alongside a Quick DPS and another semi-support—or a Quick DPS and a support Skadi—for players who want to run true Quick teams but do not have the tools for loop shenanigans. These types of teams are still at a disadvantage relative to low-end Buster or Arts setups, but they can do well enough for certain fights and Jane definitely makes them better.

Assuming Jane is in a supportive role, 2030 is an especially good CE choice, as it effectively boosts the baseline power of her third skill by a full tier. Failing that, taunt CE’s (like Poster Girl) can give Jane a place as a decent plug buffer, and starting NP CEs can help get Jane’s NP debuffs active more quickly.

With a pair of grails, Jane hits a bit harder and can survive a bit longer. She’s not an amazing grail target, but if you find yourself running the types of teams she favors often she can make good use of the extra stats.

Jane is a very good servant for a disadvantaged type of team. She’s not likely to boost the ceiling of what you can accomplish in general, but if you’re in need of more Quick tools she can be a valuable pull. She has a lot of good utility and her damage potential isn’t half-bad either. Solid servant overall. 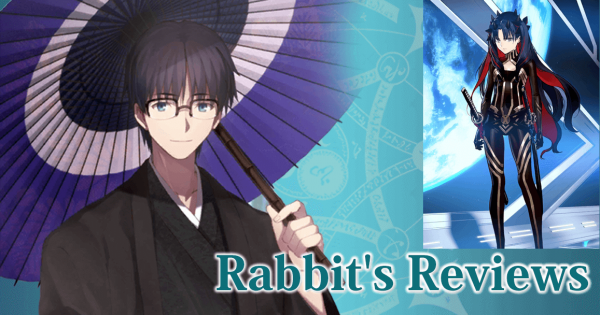 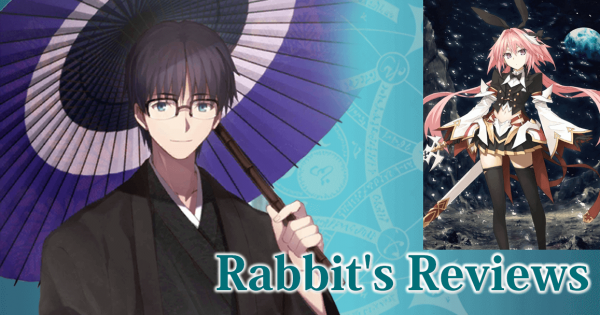 Did the Meta Shift Change Your Rolling Plans For The Next 2 Years?
For me, not really. I’m still planning to target Arjuna Alter next year and Merlin for…
Who has the highest hit-count face-cards?
I know of Gilgamesh who has 5 hits on each card. And Kiritsugu’s buster and Chloe’s…
Castoria + Vlad?
Have always liked Vlad, but his kit seems somehow underwhelming. Now with caster…
JP rare prism shop
image927×233 102 KB What does this actually buy you? if it’s a quest, what are the…
You get an Artoria, and you get an Artoria!
So we have a lot of Artoria characters in the game. A bit too many if you ask me, but…
Read More