After first appearing in Shimousa in the fall of 2017, Senji Muramasa finally makes his playable debut on the 2021 New Year’s banner, more than three years later. Muramasa is one of the longest-awaited and most-requested Servants in the game, and fortunately he does not disappoint. He’s one of the best offensive Servants to-date, pairing excellent farming power and consistency with tons of CQ-oriented utility and firepower. Muramasa’s a top-notch gameplay pick, which is especially great for anyone who’s been waiting on the guy to finally show up. 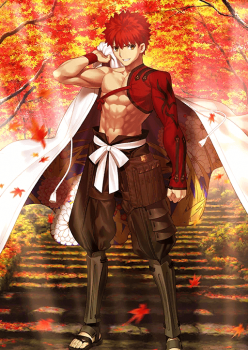 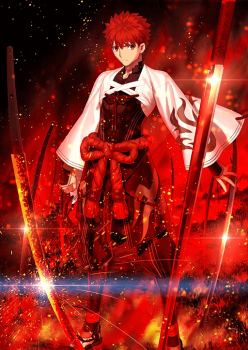 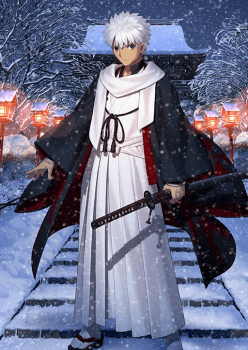 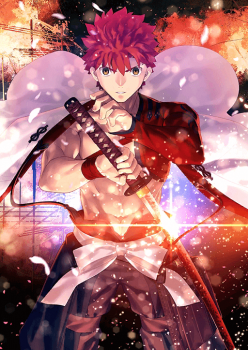 Increase Critical Strength for all allies while you are on the field (5%).

Muramasa’s stat spread is fairly middling as Sabers go. His attack and HP are both middle-of-the-road, which isn’t amazing on an offense-oriented Servant, but it could be worse. His hit-counts aren’t terribly high and he only has one Quick, so without star gen buffs in play he’s not going to drop many stars. His NP gain is better, though, with high-standard NP gain for his deck and plenty of persistent Arts buffs to push it higher. Muramasa will have an easy time looping his NP, especially with cards in play. That said, Muramasa’s Quick is one of the worst we’ve seen in a long time, so it’s generally a card to avoid. For passives, Muramasa has Magic Resistance, as well as Territory Creation, which is excellent for Muramasa as it's a permanent boost to his NP damage and NP gain. He also has two unique passives: one that boosts the whole team's crit damage by a bit, and (more importantly) one that gives him a permanent 20% power mod versus kings, which is super nice when it's relevant. Incidentally, the last passive is in reference to the reputation of Muramasa’s swords for being cursed, and specifically the various legends about his swords bringing ruin to the Tokugawa, which makes it a really neat bit of gameplay-representation-of-lore.

Muramasa’s mats are actually pretty reasonable. Most of his mats are fairly common and/or not in especially high demand, and while he does need 10 of the new LB5.5 gold mat per skill, clearing the chapter gives a fair number of them already. He’s well worth the investment, and it isn’t particularly painful to max him out.

Muramasa’s skillset is silly strong across the board. Recommended skill order is 3>1>2, with 3 and 1 being much more important to his farming potential than 2 is.

Varied Styles is a tri-color Mana Burst that also comes with a star burst and a hefty one-turn star weight buff. This is an excellent skill, pushing Muramasa’s damage and refund while also allowing him easy access to powerful Arts or Buster crits for a turn. The only downside of this skill is that it only lasts a turn, and in plugless farming setups Muramasa will usually need this on turn 1 or turn 2 in order to refund to full without using his battery. Even in that context, though, this helps get Muramasa through one of his lower-damage early turns while his NP’s buffs ramp up, so it’s a useful skill overall, and if you are able to save this for wave 3 (or you’re fighting a CQ) it spikes Muramasa’s damage meaningfully while also letting him crit down a more powerful target.

Eye for Craftsmanship A

Eye for Craftsmanship may be Muramasa’s least important skill, but that doesn’t make it any less absurd. The skill lets Muramasa pierce invuln for a turn and boosts his crit damage by a whopping 100% if he’s doing so. Pierce invuln is a great form of utility to have for CQs, as it can let Muramasa push through for 3-turn kills against enemies that might stymie some of the other Arts loopers. The conditional crit damage is something of a gimmick—there’s no guarantee you’ll have the cards and stars to crit when you’re also piercing an invuln—but it can add a ton of extra damage if you get lucky. On top of that, the skill boosts Muramasa’s star gen and crit damage by 100% generally for 3 full turns, making this skill a strict improvement on Archer Emiya’s Hawkeye skill. This star gen and crit damage buffs mean Muramasa has access to what’s typically the province of Quick loopers: card damage stretch. Even if Muramasa can’t kill or break a bar with his NP, he’s working with huge crit damage buffs and relatively easy crit access, so it’s entirely feasible for Muramasa to card down a single powerful enemy he wouldn’t otherwise be able to kill. It’s obviously always better to not need cards, but having this option adds flexibility to what is already a highly flexible kit.

Flames is a 50% battery, which is always excellent. The skill also gives Muramasa a buff that lets his normal cards (including his Extra) charge his NP gauge by 10%. Essentially, Muramasa’s second and third skills together mean all of Muramasa’s cards perform all three core card functions: making stars, dealing damage, and generating NP. With Flames active, Muramasa gets 30% refund for free off any NP-led brave chain, which means it’s entirely feasible for Muramasa to, for example, use an NPBB chain for the aforementioned damage stretch and still refund to full. This matters more for CQs than for farming, of course, but it’s still super unique and mega-strong.

Muramasa’s NP is excellent. It’s an AoE Arts NP with enough hits relative to Muramasa’s NP gain to loop easily in the right teams/with cards. It also gives 3-turn Arts up and NP damage up buffs before dealing damage, which means Muramasa’s damage and NP gain ramp while he loops. On top of that, it removes offensive buffs from enemies and pierces defense buffs, keeping the team safer and making Muramasa incredibly hard to stop. The only weakness with this NP is that Muramasa’s damage isn’t huge without his Mana Burst (particularly on early turns), so he wants NP2 a bit more than other comparable Arts loopers—but still, with any of an MLB Black Grail, a plugsuit setup, NP2, or a crit or two, he’ll do more than enough damage to farm even relatively high-HP nodes reliably.

Muramasa is a highly offense-oriented Servant, and he wants to be looping whenever possible. Fortunately, that’s pretty easy for him, especially assuming access to double Castoria. A double Castoria team with the 2004 Mystic Code tri-loops without needing to plug in a third Servant—Muramasa’s Mana Burst in conjunction with 2004’s NP gain buff nearly guarantees Muramasa refunds to full, while his battery can cover the other turn. Using Muramasa’s Mana Burst and the 2004 buff on wave 2 can help cover a higher-HP second wave, while using the Mana Burst and NP gain buff on wave 1 makes Muramasa more likely to get the extra overkill he needs to loop against Assassins or Berserkers.

If Muramasa can’t reliably farm plugless, plugsuit setups will more than make up the difference. Castoria/Castoria/Any 50% charger—Reines is the best option here if you have her—pretty much guarantees Muramasa the loop assuming there are enough enemies on the field. Tamamo setups need more overkill but significantly amp Muramasa’s damage in exchange, and Paracelsus setups work as a relatively cheap alternative as well.

Even if you don’t have native Castoria, though, Muramasa can be really powerful. A setup using Muramasa with Kaleid, the Clock Tower Mystic Code (for the 20% battery), your own Paracelsus, and a support Castoria gets enough for Muramasa to still loop. This amounts to significantly less damage, of course, but the point is that you can get Muramasa looping at at least a basic level—enough to kill doors and hands, essentially—even with just free tools.

For CQs, much of the same logic applies, with the added benefit of being able to lean on Muramasa’s excellent cards for refund purposes. As such, you can run Tamamo (or whoever your best damage ampers happen to be) without worrying about missing your loops. Castoria is Muramasa’s best partner, as always, and you’ll likely want at least one Castoria accompanying him no matter how you’re running him. Additionally, if you want to lean into a stallier playstyle that leverages Muramasa’s easy NP recursion to gradually whittle the enemy down with frequent NPs, you can run Himiko/Castoria as well to keep the party protected while Muramasa does his thing. This has the added benefit of letting Himiko boost Muramasa’s Buster crits, which he definitely appreciates. For CQs in general, though, Muramasa wants to always have stars available, so bringing 2030 on your supports is a good call.

Muramasa’s best CE is always Black Grail. He wants its damage for farming reasons, and in CQs he has such easy NP access that there’s no reason to pass up the extra damage. If you don’t have Black Grail or don’t want to run it for whatever reason, Sign of Smiling Face also gives Muramasa a lot of things he likes, while Painting Summer makes his loops a little more consistent and has starting NP to let him get away with some looser, battery-oriented loop setups.

Muramasa’s going to like Command Codes that help him get access to crits. CCs that boost star weight on a single card are smart picks here, as they can help Muramasa crit even with relatively few stars available. Similarly, CCs that generate extra stars when Muramasa uses his cards are really nice for helping him flood out more reliably so he can leverage his trademark damage stretch.

Muramasa is a super strong candidate for grails. As both an omnifarmer and a CQ unit, Muramasa has pretty much everything you’d want in terms of consistency and antigimmick utility—the only thing he’s missing is raw damage. Grails go a long way towards addressing his most significant weakness, leaving him as an extremely complete unit, especially at NP levels above 1.

Muramasa’s a phenomenal Servant. He’s in contention with the top AoE Arts Servants in the game—which means he’s one of the best damage-dealers period in the current environment. While he lacks the raw damage of Summer Musashi, Space Ishtar, and Summer Kiara, he has the consistency and utility to make up for it, so while he’s probably not at the top of the pack as it currently stands, he’s also not strictly inferior to the Servants above him. (Personally I’d put him third, behind Musashi and Ishtar, but there are strong arguments to be made for a variety of orderings of the four). As an added farming bonus, his NP animation is relatively short, which adds up to a lot of time saved in long farming sessions. There’s a lot to like here.

All in all, he’s the best Servant we’ve had in a long while, and he’s an excellent gameplay pull even if you weren’t actively anticipating his addition to the game.
tl;dr: Shirou is Strong. 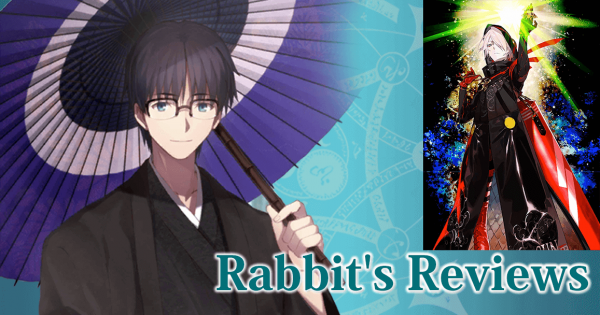 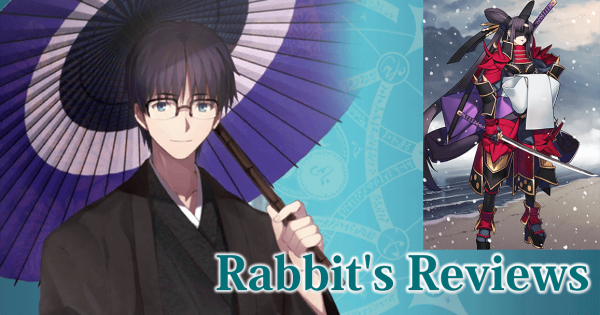