Erice’s kit can be summed up by saying she’s roughly on-par with Astraea. Her damage can be higher or lower depending on what you’re fighting. Erice benefits from having better buff uptime and a wider niche, but Astraea spikes higher against Evil enemies. Astraea has better crit tools and NP refund, but Erice has some nice party utility and better batteries. They’re more or less the same unit, in a lot of ways, and almost any situation where you would bring one will let you use the other. 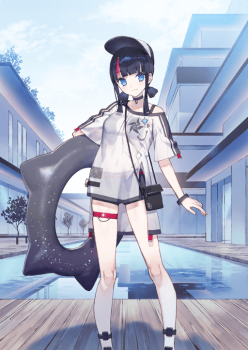 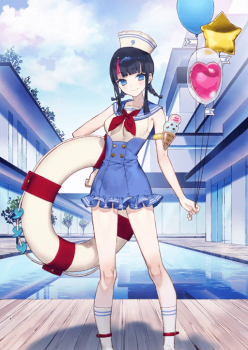 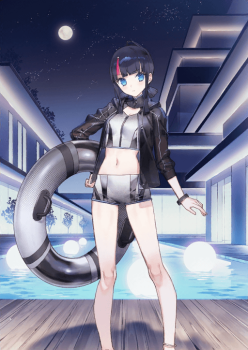 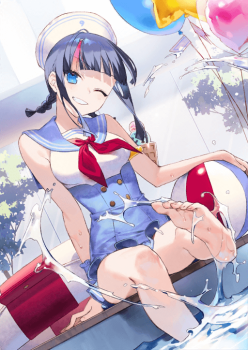 Increase NP Gauge each turn by 4.2% for yourself.

Erice’s stats are iffy by Avenger standards, but even so, Erice has high attack relative to SRs as a whole. High attack is good for a DPS, so even if it could be better I can’t complain too much. Her internals are fine—she has very slightly below-average Arts cards and low-end-of-passable Quicks, which isn’t bad considering Avengers usually have weak active NP gain to make up for their passives. Erice isn’t even terrible at active star gen, as Arts Servants go, with two four-hit Quicks.

Erice gets a whopping six passives. Oblivion Correction and Independent Action together give Erice a respectable 14% passive crit damage up, while Riding helps her Quicks hit a little harder and generate a bit more meter. Avenger increases Erice’s defensive NP gain, which is particularly useful in context of Erice’s skillset (which we’ll get to later). Erice also has the highest possible level of Self-Restoration, giving her an impressive 4.2% charge per turn for free. Her passive list ends with Divinity E, which is mostly just for flavor and for making her weak to Divine-killers.

For Appends, Mana Loading is the most useful, as always. Anti-Lancer damage up is potentially nice, too, though there’s no shortage of strong ST Arts Sabers already. The Extra buff is the least important of the appends to Erice, but it’s still not a dud, since it helps with NP gain and Erice can usually count on having access to her cards when you bring her.

As an Avenger, Erice has no need for gems. Instead, she uses a host of different mats. None of her asks are too bad, except for possibly lanterns, but she needs enough different things that you’re pretty likely to be gated somewhere along the line.

All three of Erice’s skills play nicely into her overall kit, so she’ll need all three leveled to operate at max capacity. Recommended skill order is 2>1>3.

Evil Spirit Medium is identical to Lancer Erice’s version of the skill. It’s a typical 30% 3-turn Arts buff paired with a 2-hit PfA-like dodge. This is a great skill, really, giving survival that won’t be wasted along with consistent damage. Not complicated, but nothing to complain about.

Boundary of the Underworld C

Boundary of the Underworld is Erice’s most unique skill. I’ve said for ages that it was a missed opportunity to not have an Avenger who could taunt to leverage their defensive NP gain, and here we finally have one. Not only does this skill draw enemy fire to Erice, but it also inflicts defense debuffs to whoever attacks her. When you factor in Erice’s first skill, which lets her dodge incoming fire, this becomes an excellent tool for party survival, letting Erice eat an ST NP or some threatening crits and push damage in the process—while also probably generating a lot of meter, especially if the taunted attacks have high hit-counts. The skill also inflicts curse, which is usually just for flavor, but in Erice’s case it doubles as a huge damage buff, as it procs the supereffective damage on Erice’s NP. Unfortunately, Erice has no Item-Construction-equivalent, so both the curse and the defense debuffs are liable to miss against enemies with Magic Resistance. This amounts to a massive damage loss, making Erice not a great pick for fights with lots of debuff resistance.

Reaper is a better version of base Erice’s equivalent, bringing all the same effects with slightly higher buff values. IK chance up is mostly useless—especially on an ST unit—but the other two are nice. Erice doesn’t have any way to get herself crit access, but if you’re able to solve that issue (such as with Proto Merlin’s help), Erice comes away with a respectable 49% in total crit buffs—35% here, and 14% from passives. With Erice’s good stats, this means her card damage isn’t as bad as it is for many Arts Servants. The skill also gives power mod against Servants, which is excellent for Erice’s damage… although it stacks additively with Erice’s crit damage buffs, as well as with any NP damage buffs you happen to have, limiting its value a little. Also, while Servants represent the vast majority of hard fights in the game’s history, a handful of hard story fights don’t have the Servant tag. Cernunnos, for instance, is not a Servant and thus does not take extra damage from this effect.

Ame no Kagami no Fune D

Deal damage to a single enemy.
Deal 150% supereffective damage against enemies inflicted with [Curse].
80% chance to inflict Instant Death to an enemy.

Ame no Kagami no Fune

Erice’s NP is simple but excellent. It gives a small Arts buff (that sadly lasts just a turn and therefore doesn’t ramp) to Erice herself, and then it does ST damage, with Supereffective against cursed enemies. Since Erice inflicts a 3-turn curse, this means she basically always gets her SE damage while her buffs are in effect. This NP hits hard, and it gets that damage consistently.

There’s not a lot else to say here—this is just a really good damaging NP, and that’s about it. It does have IK chance on it, but given that Erice is most likely to be used for CQs, IK chance is mostly flavor. It procs after damage, too, so it doesn’t even interfere with refund if you’re using Erice for a 90+ node or something.

There’s not a lot of complexity to Erice’s gameplay. She’s a straightforward Arts DPS and wants your usual good stuff. Double Castoria is best for blitz setups, with Tamamo or Oberon as your third support depending on whether you need more damage or more reliable loopage. Tamamo has the added bonus of transitioning into one of Erice’s better stall teams (Castoria/Tamamo) if you don’t swing the 3T—Erice’s damage is so massively inflated while her curse is in effect that cooldown reduction gives her an outsized benefit.

I alluded to this above, but Proto Merlin is also a good partner for Erice—less because of her overcharge buff, and more because Erice actually appreciates having crit access. It still takes some doing to get Erice critting—you basically need to flood the field with stars, which probably means 2030s on Proto Merlin and Castoria, and stacking Winds of Avalon with itself—but Erice is one of the larger beneficiaries of Light in those Hands’s crit buff once you get everything set up.

In burst setups, Erice wants the Black Grail as usual. Outside of that, staples like Painting Summer and Mark on a Smiling Face work well, though you can also consider Another Ending and Meeting of the Heirs for their respective crit tools. This is, incidentally, exactly the same set of CEs I recommended for Ibuki, and the reasoning is basically the same.

Star gen CCs are a nice choice on Erice, as she has decent crits but no good way to get access to them. You can also cheat her effective star weight up by giving her star weight CCs on all of her cards, which can bring her up to more Caster-ish levels of overall star weight—a net positive here.

Erice is a really strong unit overall, and Avengers benefit a lot from grails. If you find yourself using her regularly, two grails will markedly improve her performance for relatively little cost, and I’d definitely recommend going for it. Beyond that, it largely depends on how strong your other Arts damage-dealers are. If you have top-end tools like Vlad or Kriem already, or if you have a lot of counterclass options and only bring Erice to fill in for classes you’re missing, grails beyond 90 are less worth it. If she’s your best option and you’re bringing her everywhere, though, she’ll make good use of the extra stats.

Erice is a pretty nicely-balanced Summer Servant. She’s not at the top of the power spectrum, but she’s pretty close, comparing pretty favorably to Astraea but being cleanly inferior than the ST Arts Berserker trio. If you like her, or if you get multiple copies while pulling for Ibuki, she can pull a lot of weight. Otherwise, she’s a safe skip—there are plenty of alternatives out there. 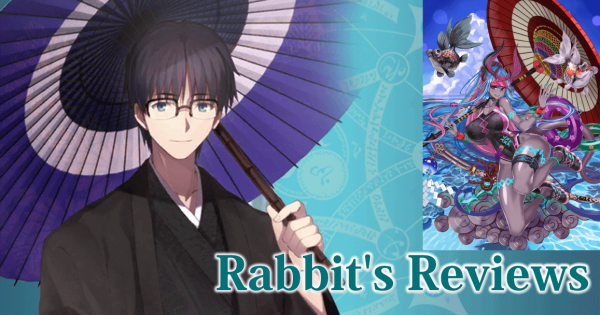 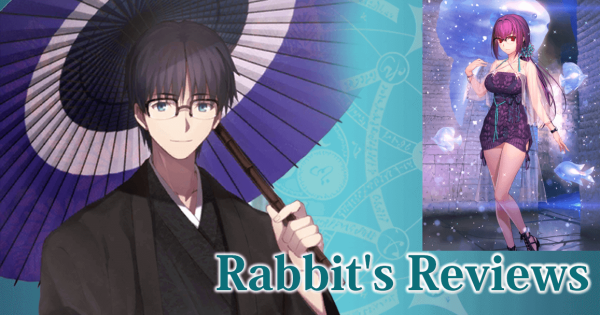 Ideas to upgrade my Saber Gilles team
So I am currently tinkering with my team for Saber Gilles. Yea using him is kinda a…
Busti’s Stall Diary Chapter #558: If Diwali be not now, yet it will come
Some none-mainstream holidays. At least where I’m at, anyways. Truth and…
Clairvoyance EX+ :fgo_bbsmile: using FGO [KR] :kr: Monthly Event Schedule
This thread is made for us, NA players, to share and discuss about the “highly…
What if same rarity servants coins were interchangable?
Click to view the poll. İf lasagne updated the coins to become universal for their…
How to keep track of Bond experience?
Hi fellow masters! Latelly, farming Bond is the best way to get SQ for me. The thing…
Read More