Community Posts with Keyword Alexander All 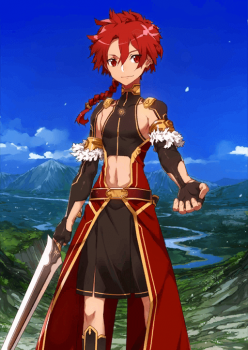 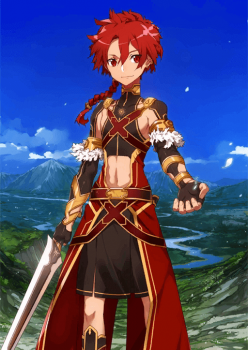 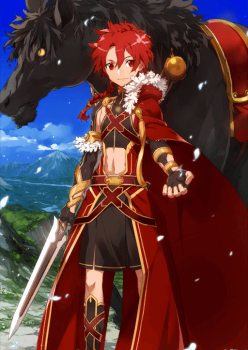 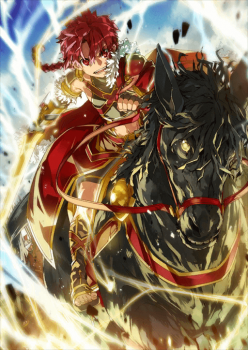 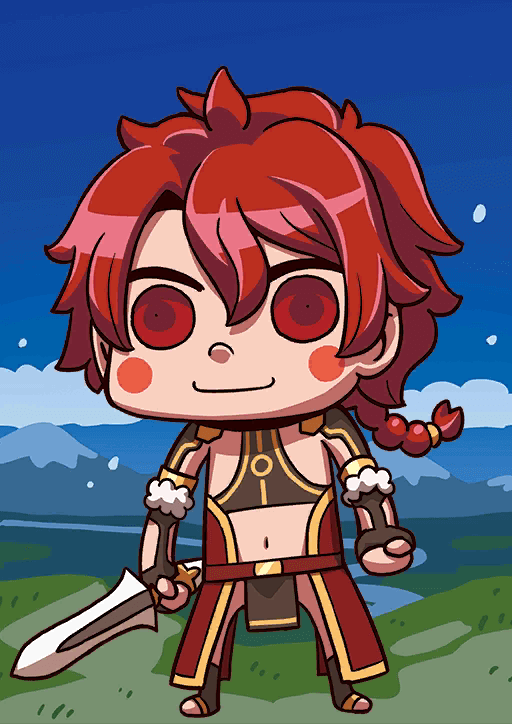 Chance to inflict Charm on a single [Humanoid] enemy (1 turn).

Chance to inflict Charm on a single [Humanoid] enemy (1 turn).
Remove buffs from a single enemy.

Omen of the Conqueror A

The Beginning of Trampling Conquest

The Beginning of Trampling Conquest

Cask of the Wise

When equipped on Alexander,
Increase Quick Card effectiveness of all allies by 15% while on the field.

Alexander is fairly similar to Ushiwakamaru and Julius Caesar. All three of them are Quick-oriented Servants with decent team support capability, especially so in the case of Ushiwakamaru as she is nearly identical with Alex in terms of her generation stats, card deck and hit count. Alexander, however, does fall behind his two counterparts due to his skillset being slightly worse, with one of them being only good in a Quick-oriented team, and having an AoE Noble Phantasm, meaning while he is better at farming, his damage output, in general, pales in comparison to the other two. Even as a farming Servant he faces stiff competition from Medusa, another 3 star AoE Rider but with better burst potential on her NP thanks to Monstrous Strength and much easier time reaching 100% NP bar thanks to having an NP charge skill.

Overall, Alex is not a terrible Servant, and he will find use in teams that appreciate some form of Quick support, such as when paired with Servants like Atalante or Okita. Nonetheless, he is not someone to go out of the way for or investing in either, as there are better options available.

Alexander has two teamwide buffs that are worth leveling. Charisma has the edge of being available early and also is better in most generic teams, while Omen of the Conqueror is only available after his Rank Up quest, and only has real value when used alongside Quick-oriented servants like Atalante. For general use, Charisma first and Omen of the Conqueror second is a solid skill leveling order. Fair Youth should always be maxed last, or not at all, since even at a high level it is quite unreliable and niche.

In the 4th century BC, he was the young prince of Macedonia.
A young boy with no equal, he was discovered by various wise men, starting with the philosopher Aristotle, to be a genius.
A simple boy that loved the Iliad from the bottom of his heart, he was the manifestation of possibility itself.

He studied philosophy and political science, as well as exciting myths.
He also trained as a soldier.
By learning different talents, he was a boy with many promised possibilities.

For some reason the King of Conquerors, Iskandar, has been summoned as a young boy, Alexander.
Not just in physique, his psyche is also that of a young boy.
However, he hasn't lost his memories.
To him everything past adolescence is hazy.

Fair Youth: B
An innate ability to capture the attention of others.
Regardless of gender, this skill will cast Charm on the target, but the will to resist can lessen the effect.
It is possible to completely negate its effect with high Magic Resistance.

[Zeus Thunder]
Rank: C
NP Type: Anti-Personnel
Blessing of the Gods. Through self-awareness as a child of the gods, Zeus's Thunder will strengthen his body with each use and increases his Divinity level.
However, it will also reduce the ranks of Fair Youth which means...

If the end of humanity comes about, it will be the end of him growing into his possibilities.
He cannot be happy about that.
The manifestation of his resolve to take the first step, will also help his Master to go forward with their mission.