Community Posts with Keyword Altera All 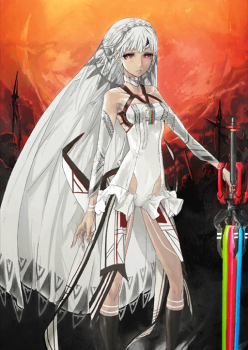 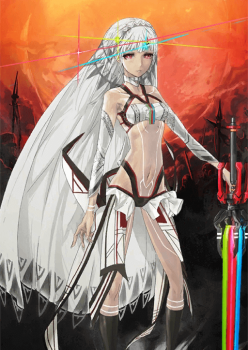 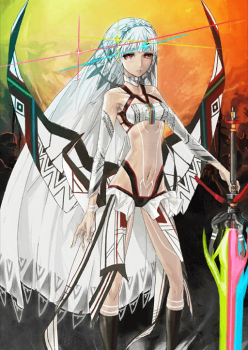 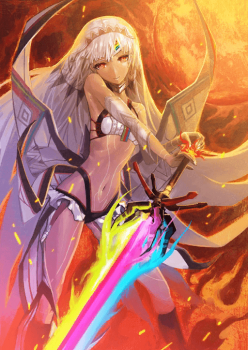 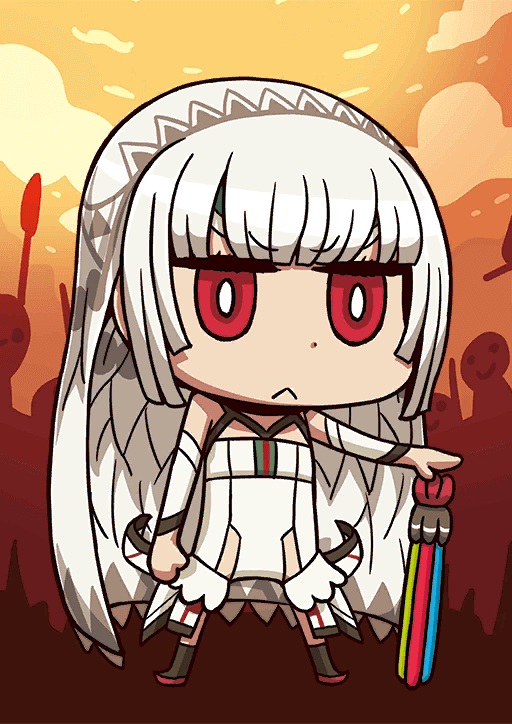 Scourge of God A

Crest of the Star EX

Reduce the defense of all enemies for 3 turns.

Sword of the God of War

Reduce the defense of all enemies for 3 turns.

Sword of the God of War

When equipped on Altera,
Increases attack of all allies by 15% while she's on the field.

Amongst Saber Servants in the game, Altera has always stood out among her competitors with her fantastic base stats and a straightforward skill set. This Great King of the Huns is an effective, low-maintenance Servant that can function well in most standard teams for any player.

While she is more often identified as an AoE Saber who can assist players in farming content featuring Lancer enemies, Altera set herself apart from her peers with the ability to function as a good single target damage dealer at the same time. Her signature skill, Crest of the Star, grants her a sizable Attack buff with fantastic uptime (5 turn cooldown for 3 turn duration at max level). Furthermore, thanks to one of her Interludes buffing her Natural Body by attaching a Star Absorption buff onto it, Altera can set up massive one-turn burst by comboing the two skills together. Last but not least, Altera brings some decent support in the form of a Defense down debuff on her Noble Phantasm and a teamwide Noble Phantasm Damage buff in Tactics. Post-Interlude, her Noble Phantasm hits quite hard thanks to all her skills. It is a great Noble Phantasm to lead into either a Buster Brave Chain for Altera herself, or a Noble Phantasm Chain with her teammates.

However, Altera is not without flaws. While her skills require little forethought to take the best out of them, their values are not particularly amazing. This results in her becoming a jack of all trades that does not particularly excel in any one niche. Furthermore, Altera only packs a small heal tied to Natural Body, meaning her survivability in longer fights is severely hampered without defensive support. As her hit counts are also quite low, her NP generation and Star generation are not strong enough to be self-sufficient. While these weaknesses are not particularly crippling and can be solved with good team-building and management, it might mean there are many circumstances where she would be less suitable than certain Saber Servants who are more specialized.

Altera’s base attack is quite high for a Saber, beating the majority of other 5-star Servants even when factoring in class multipliers. Furthermore, Altera’s skill set also has a lot of components that improve her damage output by a medium amount but can be quite potent when added up. Crest of the Star has fantastic uptime with a 3 turn duration and a 5 turn cooldown, granting her a hefty 30% Attack buff. Her Noble Phantasm’s Defense Down effect also raises not just her, but the whole party’s damage output.

However, Altera’s real potential lies in her second skill - Natural Body. After her third interlude, it gains an one-turn Star Absorption buff that synergizes extremely well with Crest of the Star’s instant Critical Star generation. With a deck that consists of two Buster cards and a Buster Noble Phantasm, it is not uncommon to set up a Buster Brave Chain with massive damage.

After completing her Interlude, Altera’s Sword of the War God - Photon Ray, begins to truly shine. Boosted by her high Attack stat, Crest of the Star, and Military Tactics, this Noble Phantasm can hit quite hard, especially when supplemented with a Buster buff from elsewhere. Furthermore, as it is a Buster Noble Phantasm, it enables Altera to do a Buster Brave Chain with the right draw. Its Defense debuff also makes it a good choice to lead into a Noble Phantasm chain.

Altera’s base NP Generation rate and Star Generation rate are fairly average. However, just like most Servants released at launch, she is hampered by the low amount of hit counts on all of her cards. As such, she will often benefit greatly from support from teammates or Craft Essences that quickly build up not only her charge bar, but also to generate sufficient Critical Stars. During longer battles, the single infusion of critical stars from Crest of the Star is often not quite enough.

As a whole, Altera can do a lot of different things: Farming, single target damage, teamwide buff and enemy debuff, Critical Star gathering. Unfortunately, the Great King of the Huns does not particularly excel at any of those. Being a generalist is good in the sense that she can fulfill multiple purposes at the same time, but lacking specialization often results in her being dropped for Servants that are great in specific circumstances.

With only Natural Body as her sole source of healing or survivability, Altera can drop fairly quickly in fights that don’t end early. She will often need teammates’ protection to survive bosses’ Noble Phantasms or critical hits.

Altera has access to a variety of buffs that greatly reward bringing stats and effects that she herself does not have access to. Stats that further emphasize her playstyle are particularly welcomed, such as Buster Performance and Critical Damage. Furthermore, Altera has a good AoE Noble Phantasm for farming but struggles to build up her NP bar quickly. Giving her a Starting NP gauge Craft Essence for farming missions is a good idea.