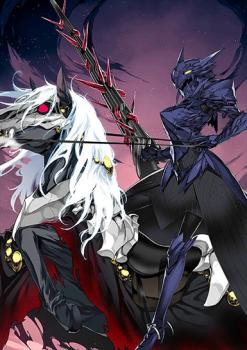 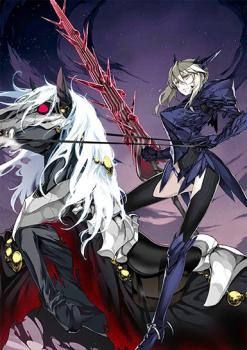 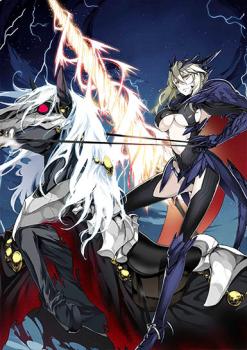 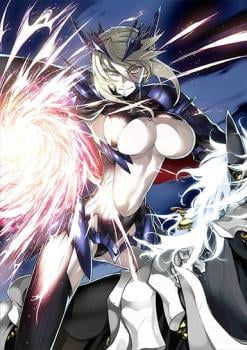 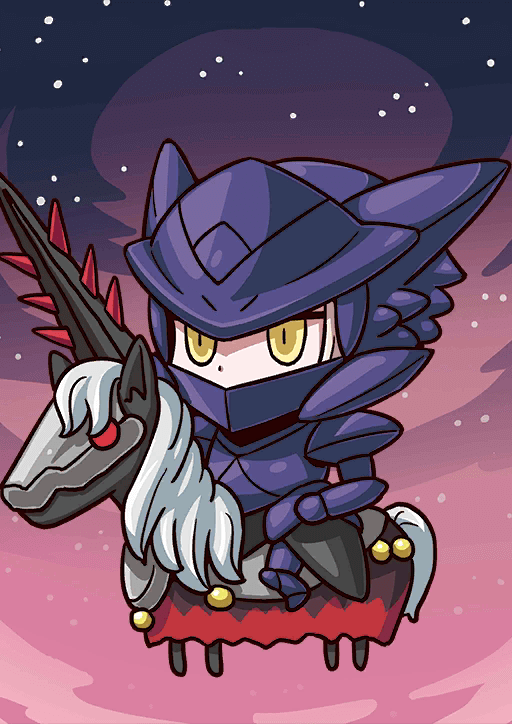 Breath of the Red Dragon EX

Protection of World's End A

Deals significant damage to all enemies that ignores DEF Up.
60% chance to inflict NP Seal on all enemies (1 turn).

Inflict Curse for all enemies (5 turns).

The Spear That Shines To the Ends of the World

Deals significant damage to all enemies that ignores DEF Up.
60% chance to inflict NP Seal on all enemies (1 turn).

The Spear That Shines To the Ends of the World

When equipped on Altria Pendragon (Lancer Alter),
Increase NP gain of all allies by 15% while on the field.

"Whether friend or foe, it only takes a single attack to exterminate a traitor.”

Altria Pendragon Alter, the corrupt King of Knights, manifests as a heartless enforcer of law. With the Rhongomyniad at her side, she qualifies for the Lancer class. Altria (Lancer Alter) is a rather standard Buster Crit servant, and her strong single-turn skills enable significant burst damage output.

Boasting high AoE Buster NP damage with access to good damage steroids as well as an NP Interlude, Altria can clear enemy waves with ease. Furthermore, this high damage is accompanied by an NP that both ignores defense and has a chance for NP Seal, utility effects that are particularly useful during some of the more difficult fights in the game.Yet, it is her Protection of World’s End that enables her to unleash an exceptionally powerful critical-fueled burst turn, as it provides instant Star Generation, Star Gathering, and Critical Damage Up all at once.

However, Altria’s single-Arts deck and weak Quick cards make it difficult for her to charge her NP gauge, hindering her self-sufficiency when it comes to getting her NP ready. She also struggles to keep herself alive in harder fights, as she has no innate survivability tools beyond the chance-based NP seal on her NP. This, coupled with her dependence on her short-duration skills, means Altria will struggle to output significant damage beyond her one or two burst turns.

As a whole, Altria (Lancer Alter) has strong burst damage potential, and with proper support she can shine as a strong Buster critical damage-dealer. She is a solid farming servant by default if fielded with a Kaleidoscope, and she has enough tools to be a good pick for many of the game’s more difficult fights as well.

Lancer Alter has access to an unusually strong Mana Burst buff, increasing her Buster performance by up to 55%. Combined with her Charisma, her naturally high ATK stat, and her Interlude-upgraded NP, she can burst down enemy waves with her NP’s high damage.

Altria’s NP ignores defense buffs, has a chance to inflict NP seal, and inflicts curse. NP Seal in particular is very powerful as any NP Seal debuffed enemy will be prevented from casting their NP while also stopping their normal end-of-turn NP Gain. While each of these is somewhat limited in usefulness individually, altogether they make Altria a surprisingly versatile pick for challenging content.

Lancer Alter can deal a good amount of critical damage due to her second skill, Protection of World’s End, which increases her star weight and critical damage while also generating a small sum of stars. This means that, if fed with enough additional critical stars, Altria can deal a highly damaging Buster Brave Chain with her NP-B-B cards, which is ideal for waves with one strong boss among multiple enemies.

While her Arts card is passable, Altria’s single-Arts deck, middling Extra card, and terrible Quick cards mean she will struggle to fill her NP gauge without outside help. This makes her highly dependent on supports for gaining access to big-damage turns.

As Altria has no innate survival tools, she is entirely reliant on her allies for protection. This can make her a poor choice for drawn-out fights, especially in cases where enemies bring high normal attack damage.

Most of Altria’s damage and contribution comes in the one-turn window when she benefits from all of her skills at once. After a burst turn, she needs time to build up her resources before she can output big damage again. That said, Masters can spread out her skills across 2 turns, dividing her damage between an NP turn and a critical attack turn for somewhat more consistent damage output.

Ideally, Lancer Alter wants to max the two main skills related to her high damage output as soon as possible. This will both increase their effects and lower their cooldowns. Therefore, both Mana Burst and Protection of World’s End are a priority. Charisma, on the other hand, scales poorly with levels and can safely be left for last.

Altria (Lancer Alter) benefits most from CEs that provide NP Damage Up, as that NP Damage Up stacks multiplicatively with both Altria’s innate buffs and the buffs provided by common Buster supports. Starting NP Gauge CEs meanwhile are useful for farming, as well as for harder fights where early access to big damage is important. Alternatively, Attack Up and Buster Performance Up CEs can be valuable for both increasing Altria’s burst damage and improving her damage output on non-burst turns.