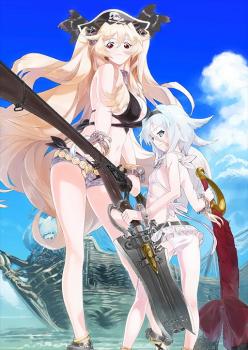 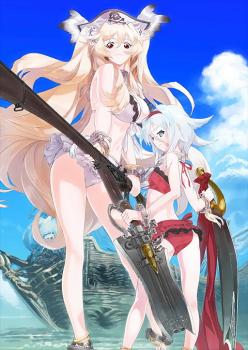 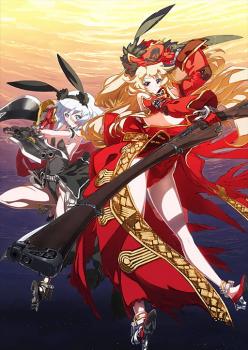 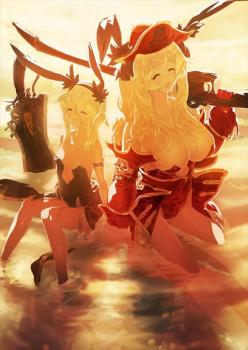 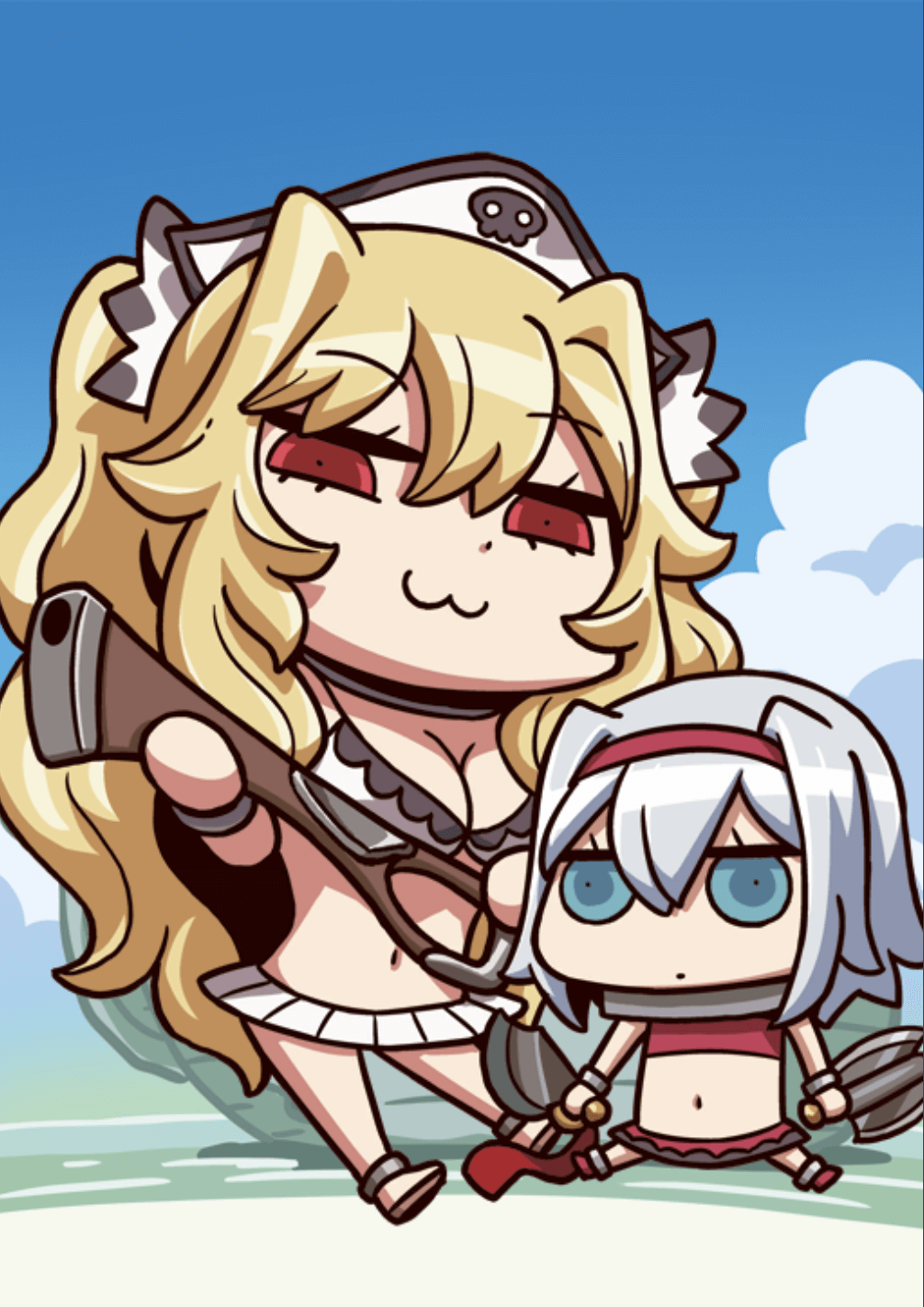 Deal significant damage to a single enemy.
Deals extra damage to them based on your remaining HP.
Extra Damage Formula = 600% * [1 - (Current HP/Max HP)]

Wings Abreast As If Trees With Entwined Branches

Currently In The Middle Of A Shower

When equipped on Anne Bonny & Mary Read (Archer),
Increases party's Buster and Arts Care effectiveness by 10% while they are on the field.

The female pirate duo is back at it again with their low HP-Noble Phantasm shenanigans, but this time as Buster-centric Archers. Like their Rider counterpart, Anne and Mary’s Archer form also sports the same gimmicky “less HP equals more damage” ST NP, but their kit this time is better suited for that niche.

Specifically, Anne & Mary get a no-time-limit Guts, giving them a safety net for their low HP theatrics. Their Archer form is also less reliant on their low HP gimmick as they can dish out high damage even without low HP because of their Buster kit and the various attack ups from their skills. Masters could potentially completely ignore the low HP aspect and simply consider it a bonus on top of their normal performance. Finally, they retain some of their Rider form’s critical damage capability albeit mainly with additional Critical (Damage) Support.

However, it’s important to note that Anne and Mary’s kit, no matter how optimized for the gimmick, is still a gimmick. While they do have a Guts skill to support their low HP playstyle, in the end, it’s still very risky to do so and Masters need to ensure the fight ends if they wish to make use of it. Furthermore, making use of low HP shenanigans often isn't possible during farming. However, Anne & Mary's kit is rather barren without their low HP damage boost to fall back on, carrying relatively fewer damage steroids and mainly providing some Attack Up, Defense Down and Star Generation to the team.

Either way, Anne and Mary is a straightforward Buster Archer who isn't entirely reliant on making use of her low HP gimmick to unload her damage potential. Her great compatability with Buster Supports ensures her base damage potential isn't hard to unlock either.

Anne and Mary not only have Beach Flower and Pirate's Honour to help in dishing out bursts of damage with their NP, the no-time-limit Guts on Pirate's Honour can be used twofold. It can either be used as a safety net to prevent the duo from dying an untimely death given they want to stay at low HP, or Masters can fully intend to revive them at exactly 1 HP, and then let them to hit for the maximum amount of damage with their NP.

Treasure Hunt, Anne and Mary’s second skill, both increases Star Gathering and generates stars. Coupled with their own star generation, the two-in-one aspect of this skill allows them to be relatively self-sufficient in regards to one turn of critical hits. Additionally, Anne and Mary also benefit from both their Buster-centric kit and their high rank in Independent Action to deal even more damage.

With decent NP generation and a good amount of hits (5 with their extra attack), Anne and Mary can charge their NP relatively well, far outpacing the poor performance of their Rider version, especially as Treasure Hunt can be used for NP Generation as well.

Beach Flower is a powerful Charisma-variant when paired with male Servants. It’s critical star generation rate increase for male Servants with high hit counts is pretty strong. In addition, Anne & Mary's NP inflicts a scaling with Overcharge Defense Down, should the enemy still be alive.

A playstyle where the goal is to get to the lowest HP possible before firing their NP is going to be inherently risky. Given that Anne and Mary don’t exactly have defensive skills, though they have a Guts, multiple enemy hits and debuffs can ruin their gameplan easily. For example, enemies with teamwide attacks such as dragons or boars can easily deplete their Guts buff. In addition, it's often unfeasible to bring Anne & Mary to lower HP in medium difficulty quests or easier.

Even with a guts to fall back on, Anne & Mary can still be killed by basic attacks during the same enemy turn after an enemy NP in team situations. With no other personal defensive cooldowns, Anne & Mary are entirely reliant on Mystic Codes and supports to be able to survive for longer stretches or until they can unload their full damage potential.

With an entire kit aimed at improving Anne & Mary's offense, picking which skill to level first isn't so easy. All skills are good, but each of them enhances a different aspect of Anne & Mary's kit. Since their performance boost is relatively similar, leveling them concurrently is ideal.

​​​​​​Anne and Mary (Archer) have a high amount of Attack Up in their kit, which stacks very well with any Buster Performance Up or NP Damage Up effects. Furthermore, their low HP damage boost is a Special Attack increase which stacks multiplicatively with all damage buffs. For a faster NP, Starting NP Gauge, is always a good option, while Critical Damage Up CEs help unlock the damage potential in Treasure Hunt.