Community Posts with Keyword Archer of Inferno All
Ceui,
Sizzle 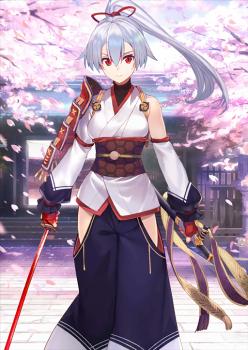 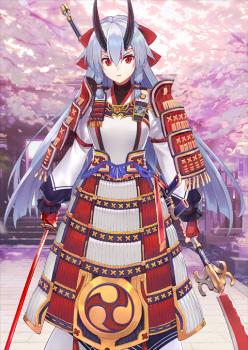 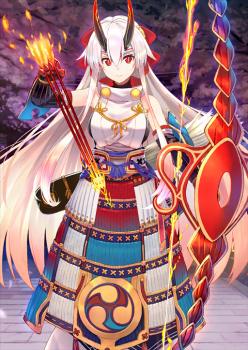 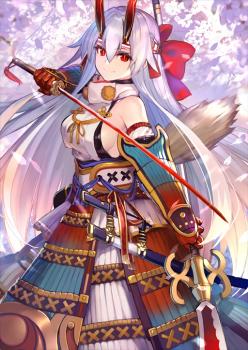 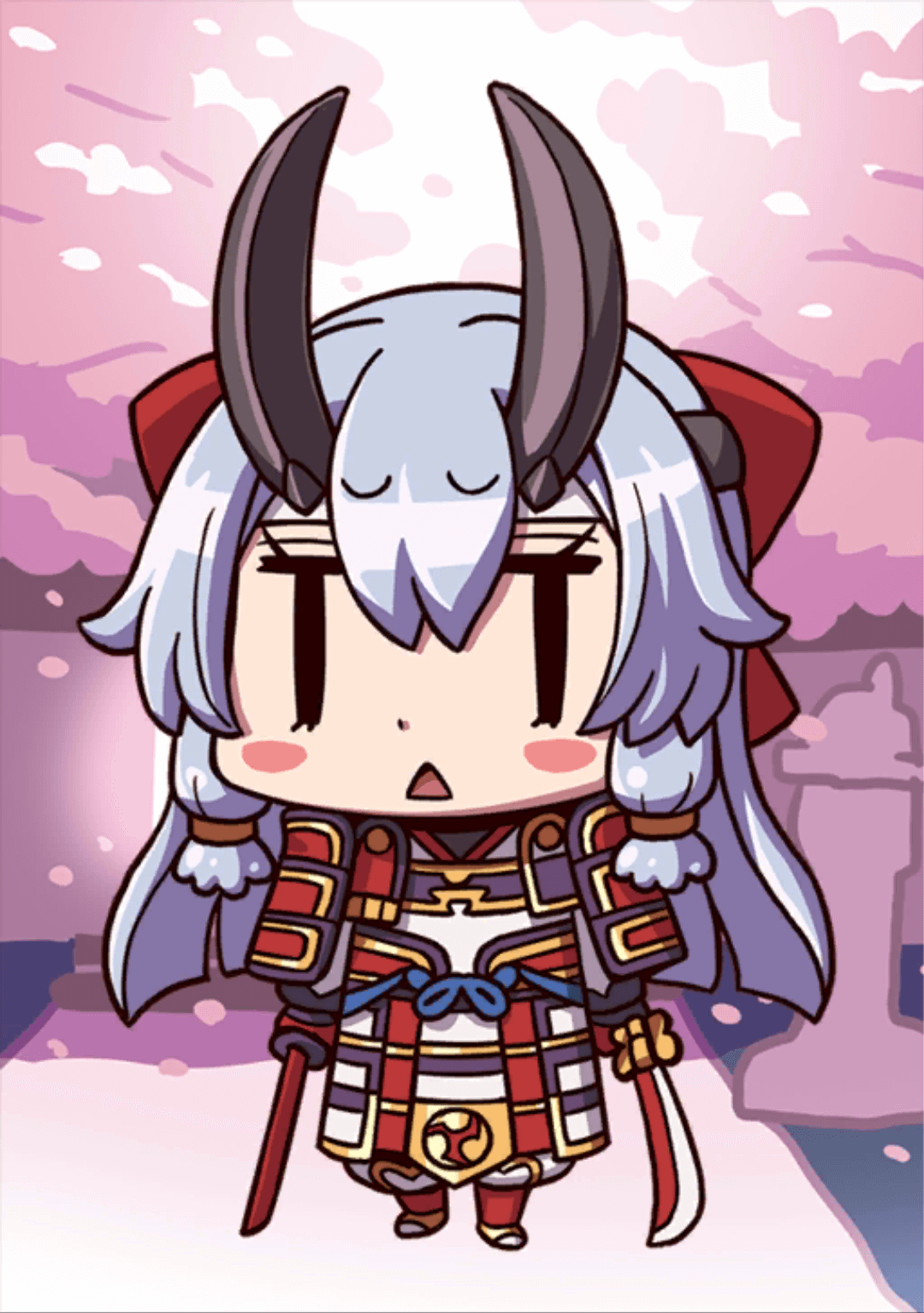 Demonic Nature of Oni B

Knowledge of Combat B

“Wherever you go, I will serve you. That is my duty as your Servant. By the way, I want to continue playing that game. That is okay, right?”

An elegant Japanese warrior whose beauty is only matched by her ferocious demonic power and love for games, Archer of Inferno balances powerful single-target Buster Critical destruction with straightforward team support and Burn utility.

Out of the gate, Archer of Inferno’s base performance not only features high base Attack, but also a good NP Gain with a very impressive 5-hit Extra card, 10% Independent Action, and a rare 2% Madness Enhancement. Building on this potential, Archer of Inferno’s Demonic Nature of Oni grants both a party-wide Attack buff and a personal Noble Phantasm damage boost for 3 turns on a reasonable 5-turn cooldown. Furthermore, her Knowledge of Combat increases her Star Gathering significantly for 3 turns while also improving the party’s Critical Star Generation for the same duration. With all of these effects combined, Archer of Inferno has fantastic options for dealing massive damage, either through Critical Hits or her Noble Phantasm, all the while also providing solid team support.

Archer of Inferno’s unique niche comes in the form of a Burn & Burn Damage amplification on her NP, yet its usage in practice is awfully limited, usually amounting to some extra damage over time rather than something to be focused upon. Likewise, her 5-turn Guts and Max HP buff from Lineage Excitation aid her survival capability, yet guts revivals are difficult to recover from against the power of a Noble Phantasm.

Thus, with her Burn gimmick often of little importance in practice, Archer of Inferno lacks a true specialization of her own. In addition, she has a few minor drawbacks that need to be compensated for. For example, with low hit counts of her own, she is reliant on her allies to supply enough Critical Stars for her despite her own Star Generation buff. Even her team support is ultimately fairly selfish, as her Star Gathering is so powerful she will attract almost all extra generated Critical Stars.

All in all, Archer of Inferno is a good Buster Archer with strong all-around performance, whose main damage potential shines through with the help of additional Buster Critical Damage support. Her flame is only dulled by her inability to capitalize on a powerful niche to truly call her own.

Thanks to her high base Attack, single-target Noble Phantasm, powerful steroid combination, and strong Critical niche, Archer of Inferno has fantastic single-target damage output. Even by herself, she technically already possesses all three types of multiplicative buffs in Card Performance, Attack, and Noble Phantasm/Critical Damage to ensure her Noble Phantasm and basic attacks seriously hurt.

Lineage Excitation provides a two-in-one universally useful defensive tool with a very long 5 turn duration. Guts can help Archer of Inferno pull through heavy attacks such as Noble Phantasms or Critical Hits, while Max HP Increase works as a preemptive heal that works particularly well with defense and damage cut buffs. In addition, her NP inflicts a 20% Critical Rate Down for 3 turns to prevent the enemy from bursting her down without an NP.

Archer of Inferno holds the rare Burn Damage amplification debuff on her Noble Phantasm, which gives her some synergy with other Servants with Burn debuffs such as Gawain or Kiyohime. While this niche is highly irrelevant for most content, her NP can be applied consistently to grind down highly resistant enemy boss encounters.

Archer of Inferno is capable of dealing strong damage, but she does not offer anything both unique and powerful enough to separate her from other Archers. This lack of a viable specialization limits Archer of Inferno within the context of difficult battles where enemies often have certain gimmicky mechanics that favor specialists over generalists.

While Lineage Excitation is a good skill on its own to improve her survivability, Archer of Inferno is by no means durable. She is not capable of bypassing deadly hits often enough to survive extended battles, which often leaves her dependant on her teammates.

With both a Charisma-like Attack buff and a Star Generation buff, Archer of Inferno seems to have a decent amount of support. Yet, in practice, her Critical Star Gathering buff will draw all Critical Stars to herself for the duration of the Star Generation buff, while her Charisma also ideally coincides with her own NP timing. Archer of Inferno thus helps her allies help her.

Due to her low hit counts, Archer of Inferno cannot generate a large chunk of Critical Stars even with the help of Knowledge of Combat’s Star Generation buff. Thus, she is ideally reliant on teammates with additional passive Star Generation (Fragments of 2030), or otherwise those with high hit counts to exploit her Star Generation.

Archer of Inferno’s skills are all decently strong, although Demonic Nature of Oni and Knowledge of Combat are more central to her identity than Lineage Excitation given her offensive nature. If Masters plan to utilize Archer of Inferno often, bringing these two skills to at least level 6 for the reduced cooldown and increase in buff values is highly recommended. Afterwards, it depends on a Master’s’ Archer options and preferences whether to raise her skill levels any further.

Archer of Inferno can deal high damage either through Critical Hits or her Noble Phantasm, and Masters need to plan ahead in what aspect of her kit they want to focus on. Regardless of the path, Buster Performance Up stacks incredibly well given Archer of Inferno already has a fair amount of Attack Up, NP Damage Up and Critical Damage Up in her kit. For a Critical-based approach Masters can supplement Archer of Inferno with additional Critical Damage Up. For more emphasis on her NP, Starting NP Gauge is excellent to cover her lack of an NP Charge, while NP Damage Up remains a solid option in Buster-heavy compositions.