Community Posts with Keyword Archer of Shinjuku All 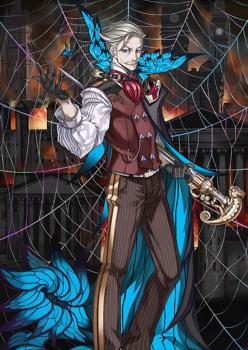 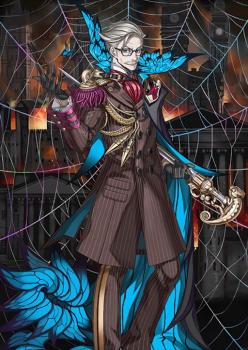 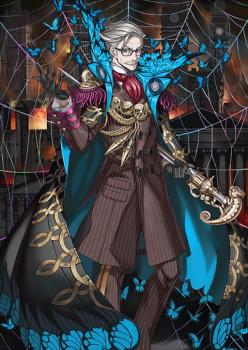 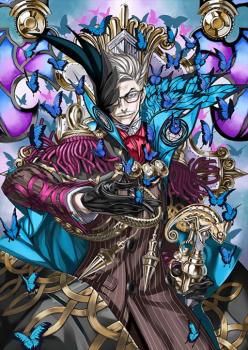 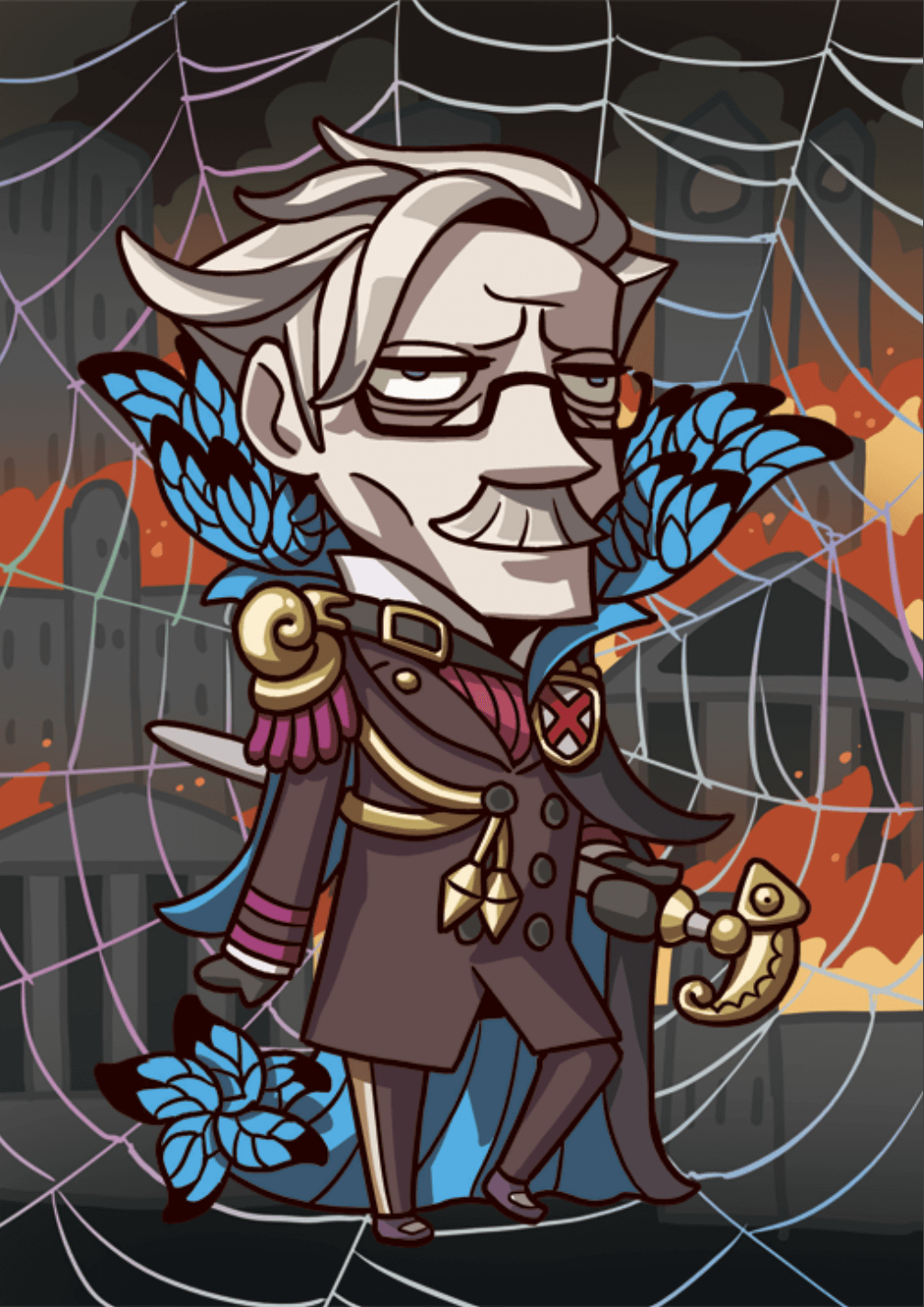 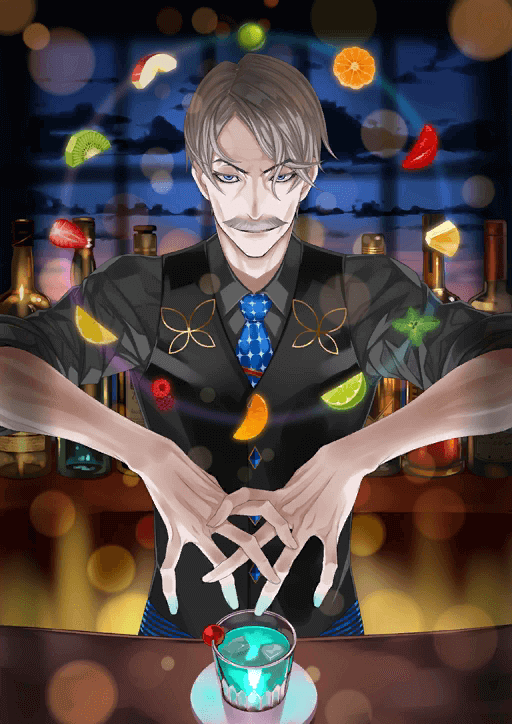 End of the Spider's Web A++

(Can only be used with 10 critical stars or more.)
Increase own NP Gauge.
Increases own NP Strength by 20% (3 turns).
Consumes 10 Critical Stars. [Demerit]

(Can only be used with 10 critical stars or more.)
Increase own NP Gauge.
Applies [Evil Alignment] to other party members (3 turns).
Increases own NP Strength by 20% (3 turns).

The Dynamics of an Asteroid A+

The Dynamics of an Asteroid

The Dynamics of an Asteroid

When equipped to Archer of Shinjuku only:
Increase NP Strength of all allies with [Evil] trait by 25% while he is on the field.

“To even have the chance to "battle" me, you must have the devil’s luck.”

A dandy criminal mastermind enters the stage as the Archer of Shinjuku. Sporting his coffin machine gun, he can quickly gain access to and mow down enemies with his ST Buster NP, as well as support fellow Evil Servants with an attack boost.

Archer of Shinjuku is an excellent damage dealer with his NP and critical niches somewhat feeding each other. Between Critical hits, Arts Brave Chains from his QAAAB deck, and the 50% NP charge from End of the Spider's Web, Archer of Shinjuku can quickly charge his NP gauge. Due to the his overall high hit counts and 12-hit NP,  Archer of Shinjuku can even generate a decent sum of critical stars if under the influence of star generation buffs or overkill. Then using The Freeshooter to gather these stars, he can charge his NP faster with critical hits while their damage is boosted by Independent Action. All the while, his overall damage is being boosted by his Evil Charisma and the defense down his NP inflicts before it activates, with his NP damage boosted even more by the NP damage buff of  End of the Spider's Web. He additionally prefers teaming up with Evil Servants as his Evil Charisma grants them double the benefit of his attack buff, although his Rank Up will allow him to buff any ally with the evil alignment.

Sadly, our favorite mastermind is a bit too greedy for his own good. End of the Spider's Web, while being his most amazing skill, has a demerit: 10 stars are spent to use it. While our dandy Archer has a good amount of hit counts, his base generation stats aren’t too high. Thus the amount of NP he can gain, as well as the number of stars he can make, aren’t as high as he would want them to be. As a result, even though his star gathering via The Freeshooter can somewhat compensate for this, the 10 stars cost does damage the consistency of his critical niche. After his Rank Up, he will lose the critical stars demerit on End of the Spider's Web, but Masters will still need to gather 10 critical stars to use it. Finally, he is lacking in durability, with no ability whatsoever to mitigate or heal any damage done to him.

Overall, the Archer of Shinjuku carves out a good niche with his NP damage, Evil support, and critical hits. However, he needs some additional external support to increase his consistency in regards to critical hits, whether through Craft Essences or good support Servants.

Fortunately, after his Rank Up the critical stars are at least no longer consumed upon use.

With the ability to stack two different types of steroids (defense down + ATK up, and NP Damage Up), our dandy Archer can deal a monstrous amount of damage to a single target. His NP also profits from its sheer amount of hits if Overkill or a star generation buff is active during his NP, either effect boosts the number of stars he can gain significantly.

With a maximum of 50% NP charge via End of the Spider's Web and access to an Arts Brave Chain (moreso if they crit), our mastermind can have his NP ready to go in a short span of time. A single Arts Brave chain can generate ~50% NP gauge with no buffs.

Evil Charisma buffs the attack of Evil Servants with an additional percentage following the initial increase. While not overwhelmingly strong, the added damage can be noted when forming a team with Archer of Shinjuku. After his Rank Up, he can also turn any ally into his evil sidekick, which soundly boosts his overall support potential.

Despite having a good amount of hit counts on all of his cards, as well as his NP, Archer of Shinjuku doesn’t generate many stars nor much NP charge in fragmented card chains. In regards to his crit niche, while The Freeshooter does help compensate for the lower amount of stars he generates, he still would prefer having more support for his part of his kit to be more consistent. As for his NP generation, he can rely on his Arts Brave chains, general Arts chains and End of the Spider's Web for more consistency.

End of the Spider's Web's Demerit

With Archer’s main NP battery and steroid skill needing 10 stars to activate, there will be times where activating the skill is downright impossible .or interferes with the game plan of a turn. The 3-turn duration of the NP damage increase does allow for some flexibility however, as it can be activated up to two turns prior to using his NP. Note that this weakness becomes less noticeable after his Rank Up.

With no defensive or healing skills whatsoever, our dandy Archer has to rely on other Servants to keep himself alive on the battlefield, especially for harder boss fights and Challenge Quests.

The Archer of Shinjuku would prefer to deal damage with his NP first and crits second, due to their overall better reliability and access to his NP. As such, he wants to charge his NP as fast as possible, while increasing his damage output when deploying it. His less consistent critical niche can follow last.

With a Buster ST NP, the Archer of Shinjuku can equip Buster Performance Up CEs, which stack multiplicatively with his own damage buffs. However, other CEs with damage steroids also can be used by him just as well. On his critical aspect, Star Generation Up is quite powerful on him, as it makes use of his good hit counts to boost the number of stars available. Critical Damage Up also boost his overall damage output. Starting NP Gauge and Hybrid CEs with it can also be used to make him fire his NP quickly, but note that the 10-star cost requirement on End of the Spider's Web does generally prevent him from using his NP during the first turn.