Community Posts with Keyword Assassin of Paraiso All 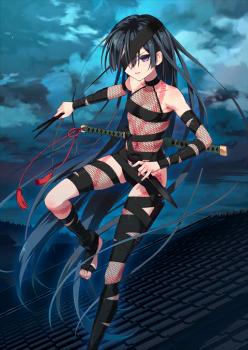 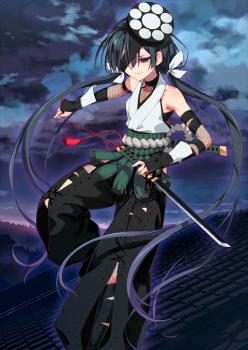 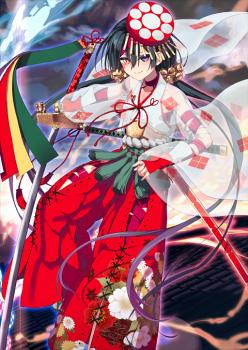 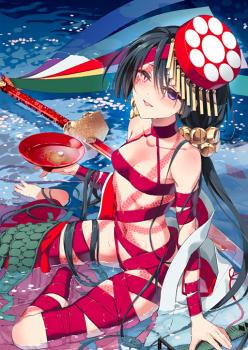 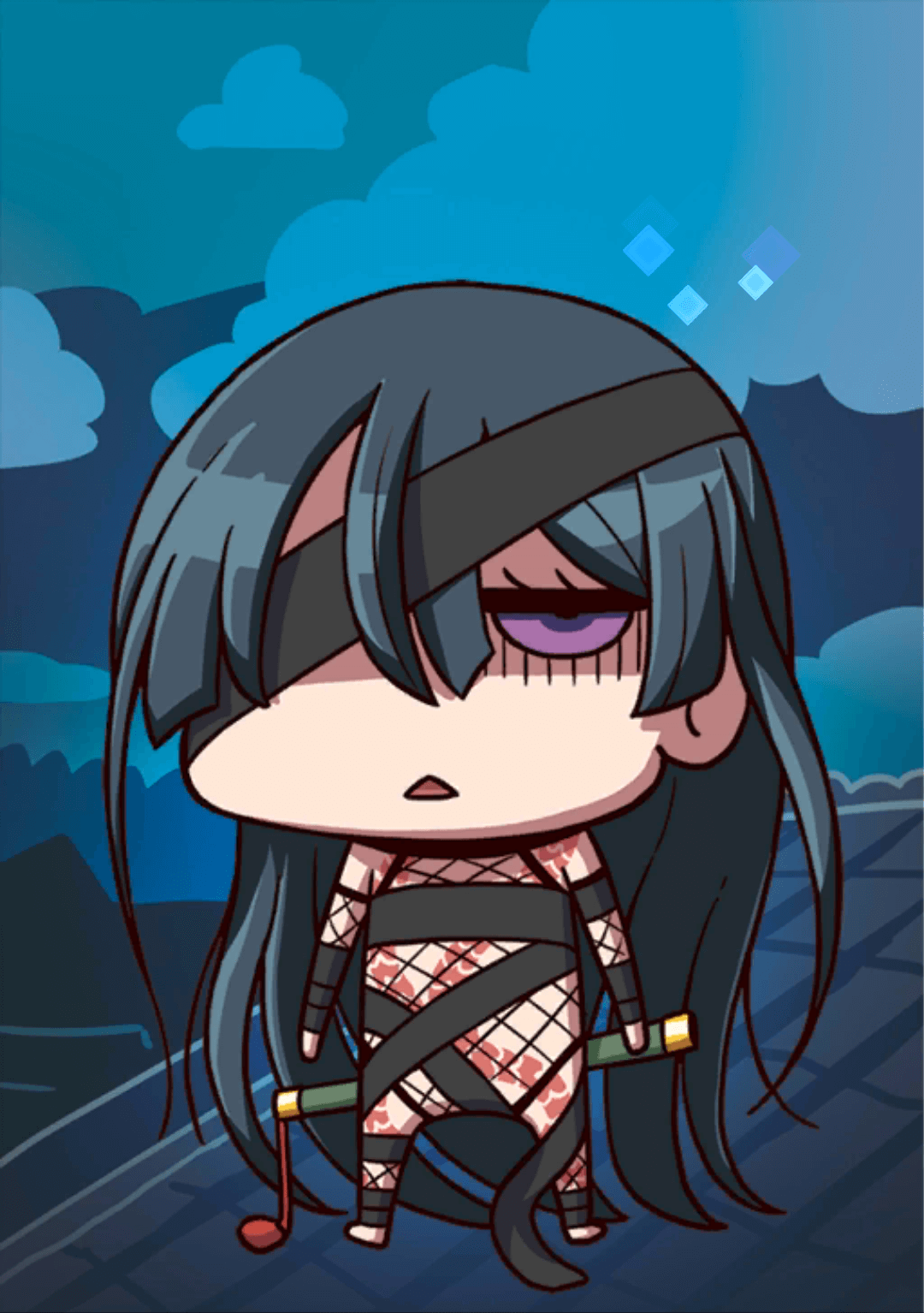 Chance to Inflict NP Seal on a single enemy (1 turn).

Curse of the Orochi B

Any good ninja, especially a founder of a kunoichi clan like Assassin of Paraiso, knows best how to silence an enemy’s lips through persuasion or death. As a high utility Assassin specializing in the art of seals and curses, and with her proficiency in spamming her single target Arts Noble Phantasm, Assassin of Paraiso does exactly that.

Assassin of Paraiso’s primary asset comes from her ability to spam her Noble Phantasm. Thanks to her 3-turn Arts buff on Curse of the Orochi, her high base NP gain rate, and her Arts NP with a decent hit count, Assassin of Paraiso can refund her Kuchiyose・Ibuki Daimyōjin Engi pretty well especially with additional Arts cards. As one of the few ST assassin servants possessing an NP charge in Kougaryu, she can even quickly top off any potential NP gauge remaining. In addition, she possesses very high utility. With a skill seal on her Noble Phantasm, an enemy critical rate Down on Overcharge, as well as a valuable NP skill seal on her Curse (Shrine Maiden) skill, she has the ability to fit in well with stalling-based Arts compositions.

That said, she’s a rather tricky servant to field in practice. For one, she only has a single mid-sized steroid in her Arts buff and thus remains hamstrung by her 0.9x Assassin modifier. As such, her damage is noticeably low, relying on multiple NPs to match the higher damage of others. She also suffers in durability, as her one-turn Evasion is tied to her NP charge on Kougaryu, meaning Masters may be forced to delay its usage in the name of survival. Furthermore, as an Arts Assassin with no Star Generation buff to compensate, her Star Generation amounts to very little for her important chains, even with Presence Concealment A+.

Between the ease with which she can use her NP and her stalling potential, Assassin of Paraiso’s kit is perfectly functional and fits in neatly with most Arts-based compositions. Unfortunately though, Assassin of Paraiso lacks the sheer damage to back up her otherwise very solid set of skills.

Thanks to a pair of Arts cards, high base NP Gain, and a good Extra card, Assassin of Paraiso has the potential to charge her NP gauge in a hurry via chains that begin with her Arts card. This is not only boosted by her Curse of the Orochi’s 30% Arts Performance buff for 3 turns on a 5 turn cooldown, but also her 30% NP Gauge boost from Kougaryu.

Between her own Arts Performance buff, her 5-hit Arts Noble Phantasm, and how much she benefits from chains that start with an Arts card, Assassin of Paraiso can quickly recharge her Noble Phantasm. Masters who have saved up her NP Charge can unleash her NP twice in the span of 3 turns fairly easily, even more so if they drew her impressive NPAA-chain.

With the ability to Skill seal, NP Seal, inflict a minor Critical Chance Down, and the potential to inflict Curse with each of her Arts Cards, Assassin of Paraiso has plenty of tools to harass enemy bosses and potentially delay certain key mechanics. Furthermore, her spammable NP and low cooldowns work especially well in stalling compositions, especially as her NP Seal can be used to prevent surprise NPs on Break.

Assassins work on stealth for quick and precise hits, not overpowering their enemy. With a 0.9x damage modifier and only a single mid-sized Arts steroid, Assassin of Paraiso will struggle to match the damage output of her single target competition.

While Assassin of Paraiso has an Evasion, Masters should not be fooled into thinking she’s a durable Servant. In practice, Masters will often prefer to use this skill to charge her Noble Phantasm, leaving her defenseless against enemy attacks.

Assassin of Paraiso’s passive, Presence Concealment, is geared towards Star Generation like most Assassins. However, she has only middling hit counts on to make use of it and ideally prefers to rely on her Arts cards. She can make stars if forced into non-Arts cards usage, but it’s typically weaker than her competition.

Assassin of Paraiso’s main strength comes from her ability to quickly recharge her NP, which is boosted by an increase in Arts Performance and her NP Charge. Therefore, Masters should level her Curse of the Orochi and her Kougaryu concurrently, ideally hitting rank 6 on both before deciding whether to commit fully. In addition, Kougaryu hits a key benchmark in NP Charging performance at max rank in combination with 50% Starting NP Gauge for turn 1 NPs with supports. Lastly, while Curse (Shrine Maiden) is the least important, it’s still essential for stalling compositions to max it for the increased hit rate and short cooldown.

Considering Assassin of Paraiso’s Noble Phantasm damage is lackluster but fairly easy to charge, Masters will want to use focus on CEs that improve her damage or allow for easier NP Spam potential. As such, most hybrid Starting NP Gauge CEs are excellent options. Given her own Arts buff and those of any Arts supports, NP Gain scales rather well with an NP Spamming strategy. For more pure damage, both Attack Up and NP Damage Up scale well. If in doubt, Arts Performance Up strikes a nice balance between either facets.

But there is one major drawback to NP Seals: They can be resisted or cleansed. NP Drains bypass normal resistances, and at 100% success chance, will always “stick” to the target.

Curse the blood that courses through me.
Seek vengeance against my own sins.
No matter how much time has passed, there is something here that cannot be cleansed.

She lived in the late Warring States period and was mentioned in records of Nezu Village in Shinshu.
She was a kunoichi said to have served the Kai Takeda clan.
It is said that she is from the Kouga Mochizuki clan, but it's unclear whether she really was a ninja.

In many ways, her existence is contradictory to the way of ninja, whose very being relies on secrecy and concealment... Her position as a "renowned ninja" is a perhaps somewhat paradoxical title given to her.

Chiyome is depicted here as a being who possesses twisted power gained by inheriting a divine curse from Kouga Saburou, a forefather of Kouga.
While she serves her master as a shinobi, she also acts as the one and only shrine maiden of the giant serpent Orochi and prays to placate the wrath of a god.

Curse of the Orochi: B
A superpower that has been passed down for generations.
It is a curse of a great deity that has a deep connection with the ancestor of the Mochizuki clan of Kouga. While it torments the possessor's physical body as well as their mind, control of the curse will turn it into an invisible weapon.
One member from each generation of the Kouga Mochizuki clan possesses this power.

[Kuchiyose, Ibukidaimyoujin-Engi]
Rank: C
NP Type: Anti-Personnel
Range: 1-30
Maximum Targets: 1
Conjuration: Call Upon the Great God of Ibuki.
Using a curse associated with Kouga Saburou, the mythical forefather of the Mochizuki clan of Kouga, she temporarily borrows the divine power of a terrifying daimyoujin.
Specifically, through a medium, she gains limited control of the eight-headed serpent deity Yamata-no-Orochi.

The "Suwa Engi no Koto" folklore collection and "Daikouji Kannnondou Engi" both describe how Ibukidaimyoujin possessed Kouga Saburou, using his clothing as a medium. Ibukidaimyoujin, the presiding deity of Mt. Ibuki and the divided spirit of Yamata-no-Orochi, materializes to place a deadly curse on the target.
Magical energy in the form of a giant serpent coils around the target, killing them.

She confronted the protagonist as Assassin Paraíso in "Seven Duels of Swordmasters." It's not quite clear whether she retained her memories of being Assassin Paraíso when she was summoned as a Servant of Chaldea. At the very least, she appears to have gone through the records of that particular event. And no one but Master could possibly comfort her as she berates herself for what that version of her did.