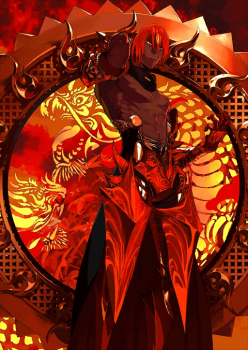 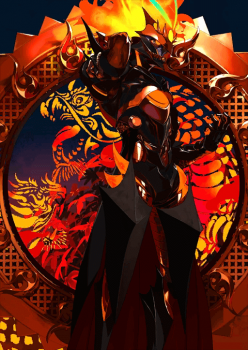 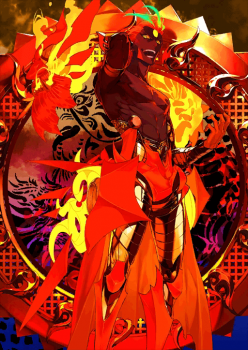 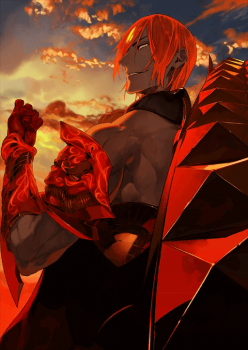 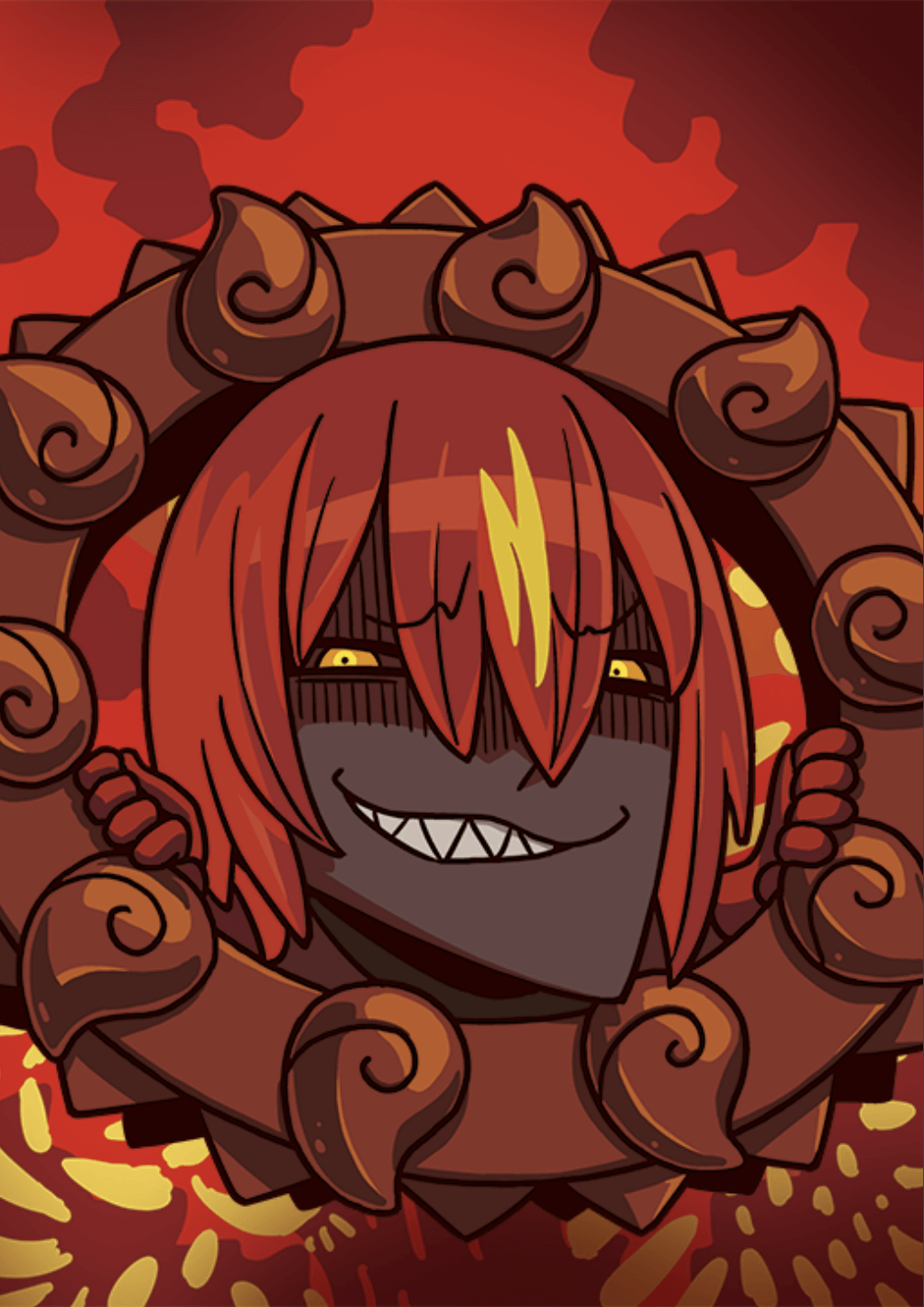 Mystic Gem of Mani B

Apply Invincible to self (1 turn).
Increase your NP Gauge.

Violation of Chivalry A

Apply Damage Plus for yourself (Total Card Damage +210).

Oh, let us awaken the flames

The One That I Couldn't Obtain

When equipped on Ashwatthama,
Increase Party's Buster card effectiveness and Critical Damage by 15%, and reduce Party's Defense by 10% [Demerit] when he is on the field.

“Against unreasonable stuff, you gotta rage, rage, rage! It’s fine, I’ll rage with you!” - Asvatthaman, after trying to roll himself in the gacha alongside Guda

Said to have half the body of Shiva himself, Asvatthaman is the personification of anger, whose wrathful vengeance had massacred thousands of soldiers in a single night. A warrior reputed to be as powerful as the celebrated heroes Arjuna and Karna, Asvatthaman is a single-target Buster-type damage dealer who also possesses affinity towards Quick cards and criticals.

Asvatthaman’s primary source of burst damage comes from his NP Sudarshana Chakra Yamaraj, which deals extra damage based on his remaining health. It also removes the enemy’s defensive buffs, though this unfortunately happens after damage is dealt. Aside from the active card performance buffs provided by his Violation of Chivalry and Revered Soldier (which buff Buster and Quick cards respectively), Asvatthaman is notable for the offensive benefit of his passives. Independent Action increases his critical damage by 12%, with a further 10% given to Buster crits thanks to Fury Incarnate (which also buffs Buster Performance by 5% and provides immunity to Mental Debuffs). Rounding up Asvatthaman’s kit is his first skill, Mystic Gem of Mani, which charges his NP and grants him a 1-turn Invincibility.

As varied as Asvatthaman’s skillset may be, its less focused nature results in less on-demand damage, unless he’s at low health or has had the opportunity to apply some Defense debuffs beforehand. Defensively, the fact that his only survival tool is tied into an NP Charge skill poses a potential problem, as using it for the latter might mean that the Invincibility wouldn’t be ready in time to defend against an enemy NP.

Asvatthaman’s criticals result in good sustained damage, and his varied methods of boosting his damage makes using him more interesting. While his burst damage can be slightly tricky to pull off, he is definitely capable of dealing pretty impressive damage if the conditions are met.

As an Archer, Asvatthaman’s high Star Weight synergizes well with his powerful critical-oriented passives. Furthermore, he also boasts multiple buffs with 3-turn durations, and is even capable of stacking multiple Defense debuffs on a single enemy through his second skill. All these factors allow him to deal a respectable amount of damage spread over multiple turns.

Asvatthaman’s theoretical damage ceiling is pretty impressive thanks to his NP’s secondary effect, which increases the damage it deals based on Asvatthaman’s remaining HP. His second skill’s aforementioned Defense debuffs also add to this equation, potentially increasing his damage by a significant amount.

The NP Charge of Mystic Gem of Mani gives Asvatthaman faster access to his NP, potentially allowing him to perform an NP on the first turn with the help of NP Charge supports or Starting NP CEs. Asvatthaman also has a couple of tools in regards to utility, with his immunity against Mental Debuffs (e.g. Charm and Terror) as well as his NP’s removal of Defense debuffs.

Sudarshana Chakra Yamaraj’s HP-based extra damage as well as Violation of Chivalry’s Defense debuffs are among Asvatthaman’s main sources of damage boost, but both require some kind of setup from the player’s side and can be rather unreliable. As such, it can be more tricky for Asvatthaman to eliminate higher HP threats without prior planning.

Although Asvatthaman nominally has a survival tool in the form of Demon Jewel’s Invincibility, the fact that the skill also has an NP Charge component means that it would often be used for the latter, which in turn can cause the Invincibility to be unavailable in emergency situations.

All of Asvatthaman’s skills benefit his damage dealing capability, and it’s recommended to max them eventually if he is to be used in an extensive manner. Aside from potentially his first skill, however, the two remaining skills aren’t particularly crucial to his playstyle, and can generally be leveled at the Master’s discretion.

Starting NP Gauge Craft Essences, including hybrid variants, are Asvatthaman’s best CE choices in most situations. Secondary effects of Buster Performance Up and Attack Up are great choices, as well as NP Damage Up and Critical Damage Up ones.