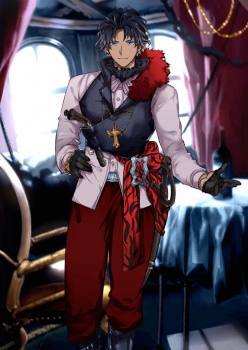 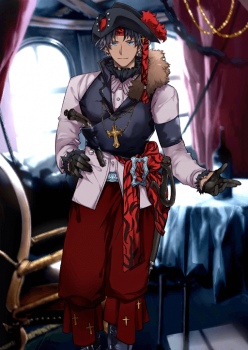 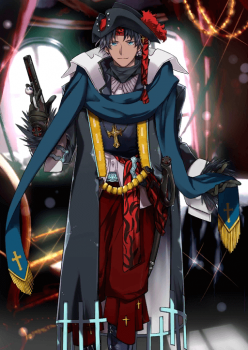 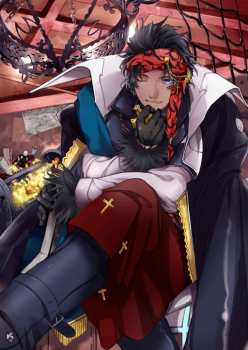 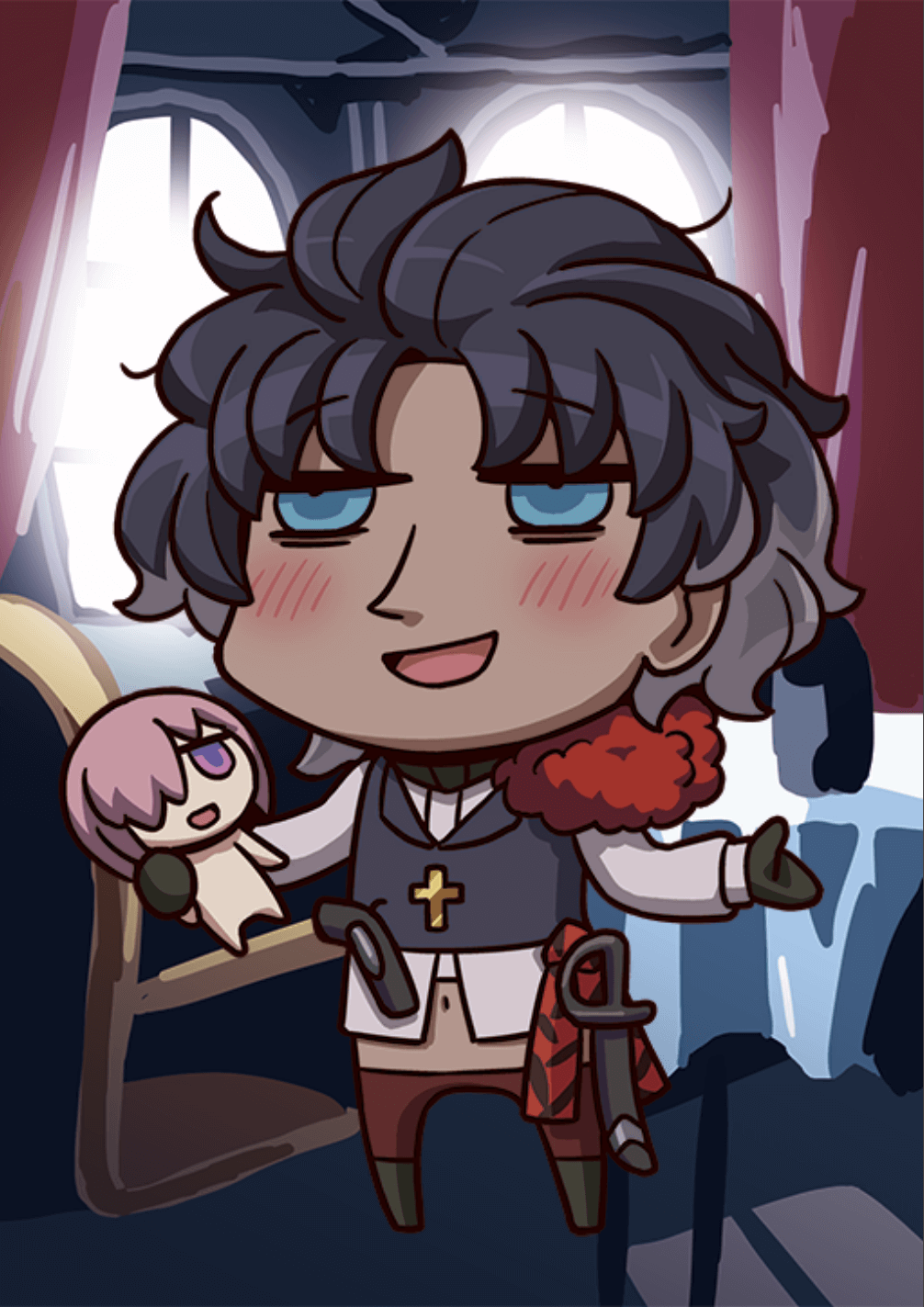 Voyager of the Storm A+

When equipped on Bartholomew Roberts,
Increase all allies' NP Generation and NP Damage by 10% when he is on the field.

“Master, look at all these treasures I’ve gathered! Naturally, one of them is you.”

Also known as Black Bart or Barti Ddu, Bartholomew Roberts joins the ranks of the pirate Servants in FGO. It’s easy to overlook Barti’s supportive value, but hidden behind his low stats and AoE NP is a surprisingly robust set of damage-boosting tools. While Barti isn’t the best at outputting damage himself, he has several ways of facilitating party critical attacks and increasing his allies’ damage, making him a deceptively unselfish Servant.

Barti’s signature skill is Pirate Gentleman, which increases the entire team’s critical attack damage while also reducing Barti’s critical star gather rate to 0. This allows Barti to get around the usual disadvantage of being a support-oriented Rider, and it sets teammates up for consistent and powerful critical attacks. Barti also gets the pirate-standard Voyager of the Storm to boost the team’s attack and NP damage, and his Noble Phantasm, Black Dirty Barti Howling, also reduces the enemy team’s defense, which means Barti can meaningfully support his teammates’ damage output, and all as a low-cost, 1* Servant.

In exchange for these strengths, Barti struggles when he has to play selfishly. His low stats mean he’ll struggle to deal meaningful damage himself without heavy investment, even with all of his buffs in play. Furthermore, his low health, coupled with his limited survival tools, mean he’ll go down quickly to enemy fire. As a result, even though his skill cooldowns are generally short, he may struggle to survive long enough to use them a second time in a fight. Furthermore, his NP gain is painfully low for his deck, which means he will struggle to gain access to his NP without the help of NP charge skills or Arts chains.

Barti’s key selling point is that he brings a lot of supportive value for just 3 points of team cost. Even teams full of high-rarity Servants and Craft Essences can usually afford to slot Barti in for a little bit of extra damage push, and Barti’s supportive tools are general-purpose enough that he’ll pretty much always be useful. Barti strengthens most any team he’s added to, which makes him a highly worthwhile Servant to invest in.

Barti’s second skill increases his team’s critical attack damage by 40% and reduces his own star gather rate by 100% for 3 turns. By effectively removing his own cards from the star gather pool, Barti makes it easy for his allies to gain access to powerful critical attacks. Furthermore, his third skill can provide 20 stars at once for easy critical-attack-enabling, and his AoE Quick NP also drops a fair number of stars in order to enable critical attacks on subsequent turns.

Voyager of the Storm provides a significant boost to the party’s NP damage for a turn, and Barti’s NP can further increase the party’s damage output. The skills collectively provide a larger increase in party NP damage than many higher-rarity support Servants, albeit for a relatively short time. With good timing, Barti can enable a turn of high damage in order to finish off a powerful enemy or burst through a dangerous break bar.

As a 1* unit, Barti only adds 3 points to a team’s cost. This makes him remarkably cheap relative to the degree of support he brings and makes him easy to slot into a mostly-full team. Furthermore, none of his support is locked to a particular card type, which means he can slot into any team type and be about as useful. Together, these traits make him a flexible support with a wide range of use cases.

While Barti’s 1* status is an advantage in some ways, it does leave him with very low attack, which means Barti struggles to make use of his own buffs when he needs to. Even with Voyager of the Storm in effect, Barti’s NP damage will be low and his critical damage even lower.

Barti has low health and no defense buffs, which means he is likely to die quickly to enemy attacks. This can be an advantage in situations where another support is next in the party’s lineup, but it limits Barti’s ability to support the team for longer stretches. Barti’s cooldowns are relatively short, but even 5 or 6 turns is a long time to survive without any form of damage mitigation, which makes Barti unlikely to be able to use his skills more than once in a fight.

Barti’s Arts card NP gain is well below what is standard for his deck, and his Quick cards aren’t particularly good either. He also has no NP charge skills, which means he will struggle to gain access to his NP (and, consequently, part of his supportive kit) without Arts chains or NP charge skills from allies. There are ways to work around this, but it does slightly limit his ability to arrive later in a fight and operate at maximum capacity.

Voyager of the Storm scales well with levels and allows Barti to push his team’s damage by a significant margin and as such should be leveled first. Swift Pillager should be leveled second, as the increased number of critical stars leads to more consistent critical access, and the increased critical rate reduction is also meaningful for team survival. Pirate Gentleman should be leveled last, as it has the weakest scaling, but it also increases Barti’s supportive value and should not be neglected. As a 1* Servant, Barti’s skills are cheap to level, and his effectiveness increases significantly when his skills are fully leveled, so all three should be taken to max level if possible.

In order to ensure Barti gets access to the damage and supportive value of his NP, Starting NP Gauge Craft Essences are highly recommended. Passive Critical Star Generation Craft Essences are also useful on Barti, as they work well with Pirate Gentleman for enabling party critical attacks. Quick Performance Up and NP Gain Up Craft Essences are useful in setups where Barti needs to contribute damage, as they help offset his low base damage output and low base NP gain.