Community Posts with Keyword Bedivere All 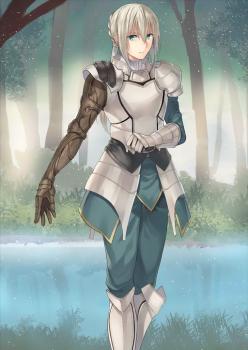 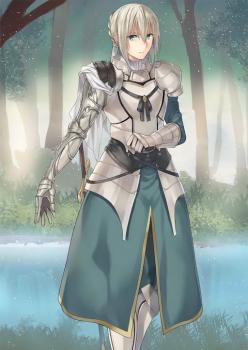 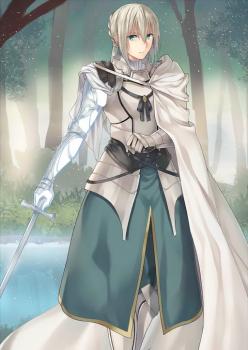 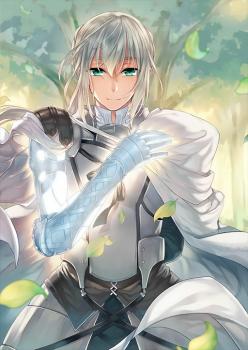 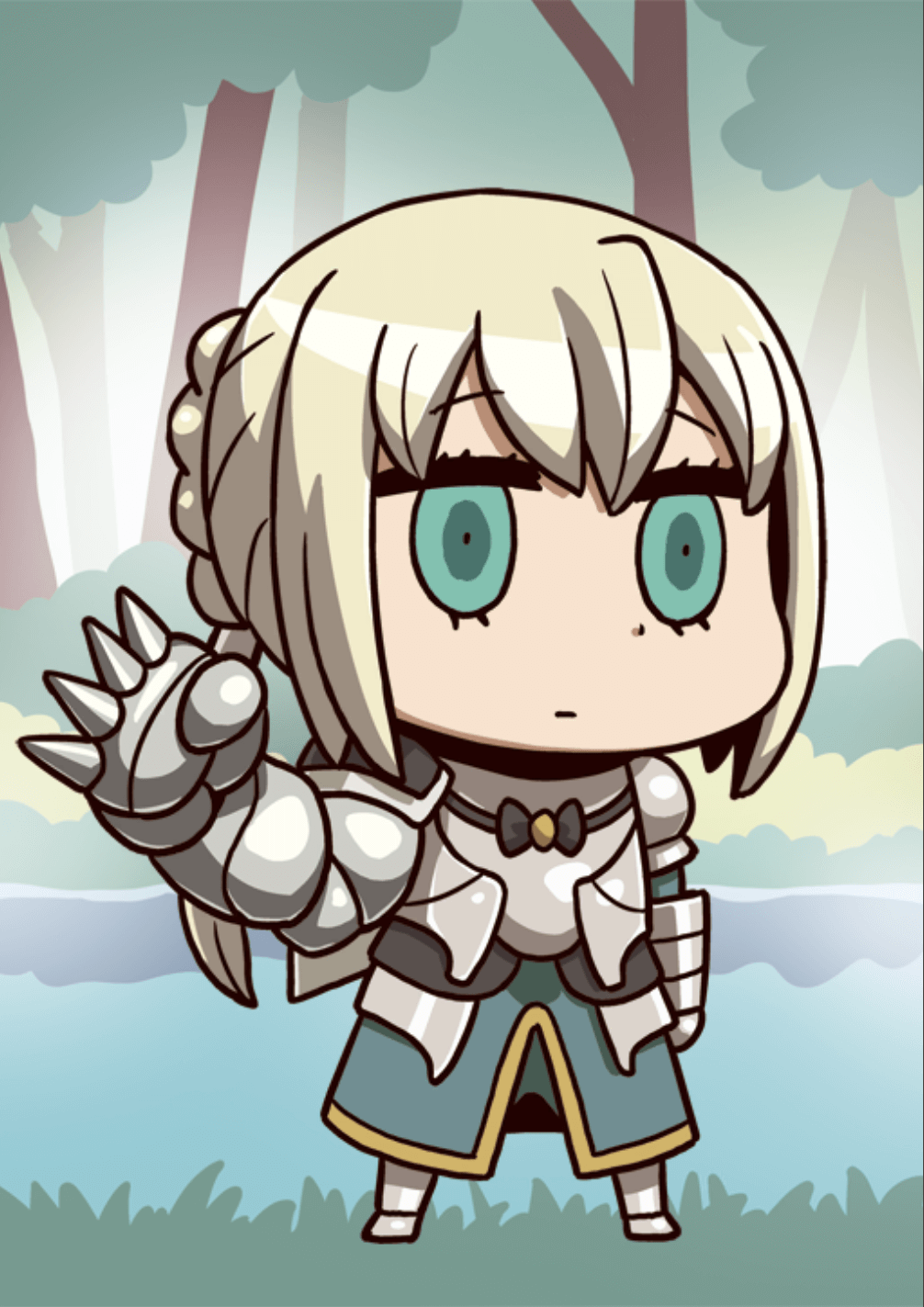 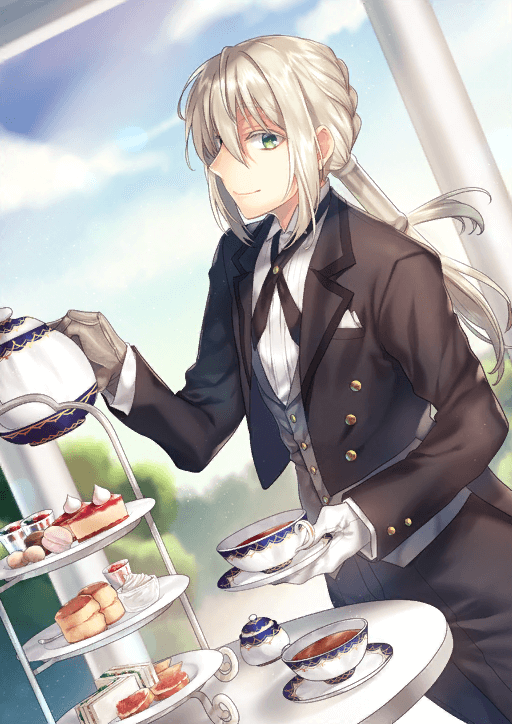 Calm and Collected B

Oath of Protection B

When equipped on Bedivere,
Increases party's Buster Card effectiveness and NP Gain by 10% while he is on the field.

"My arm and my sword are for my king."

One of the most loyal and kind of Knights of the Round Table, Bedivere enters the fray as a Buster-based Servant with a very powerful single-target NP. Bedivere possesses one of the highest attack stats among his silver peers, with good potential NP generation to boot. However, with only one Arts card available to him, most of that NP generation is locked behind his five-hit Extra attack.

In terms of skill set, Bedivere is very straightforward and spreads his influence towards a little bit of everything although he shines especially well during Raid Events. Offensively, Bedivere relies on his NP and has access to both the relatively weak Tactics skill and an NP gauge boosting skill in Calm and Collected. On the defensive side, Oath of Protection grants his team a single turn Defense Up to aid them during turns of high incoming damage while also boosting his own debuff resistance for a single turn. Beyond his skills, his NP’s overcharge effect is what makes him truly stand out. Bedivere’s NP grants him an immediate Buster damage buff for 1 turn with impressive overcharge scaling. After his NP Upgrade, Bedivere's NPBB is frightfully powerful, far outdamaging his 3* Saber competition.

Unfortunately, It’s a shame that Bedivere is a story-locked Servant, which makes additional copies hard to attain. With skills that only last for a single turn and bereft of sustained improvements to his damage output, Bedivere relies on that single burst of heavy NP damage. Sadly, the story-lock makes unlocking that powerful potential rather difficult.

Even at NP1 though, Bedivere will perform admirably especially once Masters complete his NP Interlude, and is rightfully considered one of the more powerful 3* Servants in the game.

Bedivere is a rare story-locked Servant with few direct rate ups. However, special class-based Saber banners are excellent opportunities to collect copies of Bedivere with very high rates, with his rate up reaching up to 10% on them.

The combination of Bedivere’s NP Buster Overcharge, high attack and his NP Damage Up will allow him to deal NP damage rivaling even the most powerful ST silver Servants. Furthermore, Bedivere’s NP not only hits hard, it also boosts the damage of any of his Buster cards that follow. The combination of his NP Gauge boost and post-Interlude NP damage makes him one of the best budget Raid farmers available.

Between Bedivere’s potentially high NP generation stat and his flat 30% NP gauge boost, Bedivere will generally have no problem charging his NP in time. Yet most of that NP gain is locked behind his Extra attack and the single Arts card he has access to. An Arts-infused Extra attack can potentially generate very high numbers, but charging his NP with his other cards is much harder to pull off. In practice, Bedivere leans heavily on his powerful NP gauge boost.

While not his primary purpose, Bedivere is able to help his team through his Tactics and Oath of Protection skills. Both of these skills only last for 1 turn however, so use them wisely.

Bedivere's combination of an NP Charge and high NP Damage makes him an ideal Servant during the rare Events that contain Raid-type farming bosses. By bringing his own NP Charge, Masters have more freedom in selecting an optimal support and may well find it possible to farm Lancer/Berserker Raid bosses in a single turn.

Apart from his very situational mental debuff resistance up, Bedivere does not possess any skills that last for longer than 1 turn. Thus, despite having access to two team-wide skills, Bedivere is mostly invested in the power of his Noble Phantasm and the single turn of power that comes with it. For sustained damage, Bedivere will have to rely on external support. In addition, he can be rather fragile with only a single turn of medium-strength Defense Up.

Due to story-related reasons, Bedivere is among the hardest to acquire silver Servants in the game outside of the initial copy gained from story completion. While this does not affect his tier ranking, in practice it may result in a weaker NP than is ideal.

The primary effects of Bedivere’s skills scale terribly with additional skill leveling, which is a mixed blessing. Both his NP gauge boost and his Defense Up skills are static in value and unaffected by additional skill ranks. Thus, the main reason to level Bedivere’s skill is to reduce his cooldowns. Tactics is the only skill that truly scales with levels.

On the other hand, a Bedivere at 1/1/1 skills will output similar numbers to a maxed out one. Masters with low resources could invest in other Servants' skills first.

With access to an NP gauge boost, a high NP generation stat and a powerful NP, Bedivere wants to NP quickly, hit hard and NP as often as possible. Therefore, Bedivere prefers CEs that increase NP Damage or Attack Up, improve NP Generation, or grant Starting NP Gauge. Starting NP Gauge CEs in particular can help remove any reliance on that single Arts-card draw or creating an Extra chain. Note that Buster Performance Up CEs are less potent, but still viable, due to the Overcharge effect on his NP.