Community Posts with Keyword Billy the Kid All 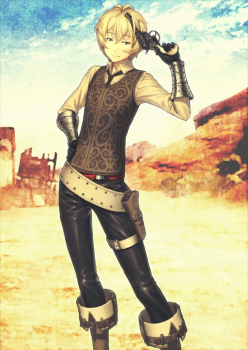 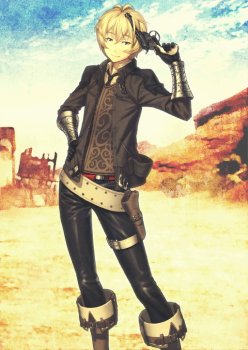 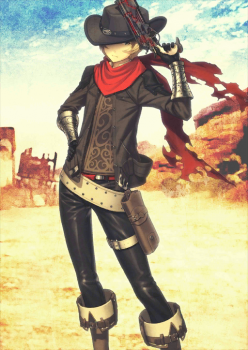 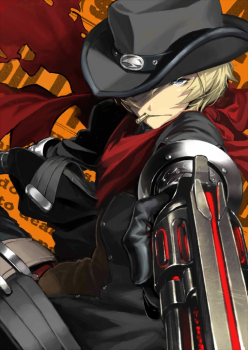 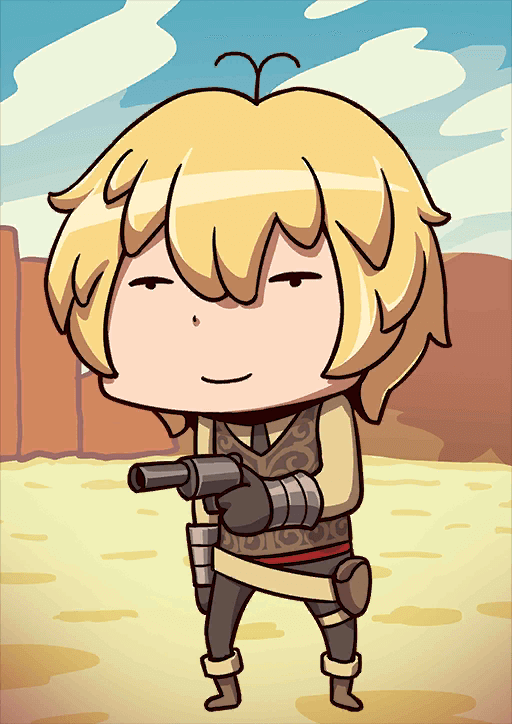 Available at the start

When equipped on Billy The Kid,
Increases party's Critical Damage by 25% while he is on the field

“Well, I might be good at nothing but shooting. But if that’s what you want, I’ll do my best. I swear on this gun.”

Considered to be one of the fastest gunslingers of America’s Wild West, iconic outlaw Billy the Kid lives up to his quick draw legends thanks to a Quick-focused deck, with a Quick NP and skills designed for immediate burst damage in multiple forms.

Billy’s strength lies in his Critical Damage and NP Damage potential, making him useful in both challenging and farming content. His Critical Damage potential is extremely impressive for his rarity, as he can reach up to 162% Critical Damage Up from Marksmanship, Mind’s Eye (Fake), and Independent Action. This is one of the largest general-purpose damage buff stacking available to any single Servant, and only very few niche opportunity damage buffs can match or beat it. Apart from his critical potential, Billy can also rapidly fire off his ST Quick NP, Thunderer, on a moment’s notice thanks to a maxed Quick Draw providing him a solid 50% NP gauge. Between his easy NP5 and NP Upgrade Rank Up, Thunderer can easily shut down anything that could survive his crit bonanza.

Most of Billy’s weaknesses reside in his QQAAB deck. While this allows him to form a Quick Brave Chain when using his NP and charge his NP, Billy won’t often have a Buster led Brave Chain to improve the damage found on his 2nd, 3rd, and Extra cards, especially on a turn when Billy is in full crit mode. Also, for a crit-oriented Servant, Billy’s regular Quick cards are subpar when it comes to Critical Star and NP Generation, making him reliant on external sources of either active or passive Critical Star Generation for his major crit turn.

All things considered, Billy the Kid’s  weaknesses are easily remedied by Servants/CEs that provide him the Critical Stars he needs to function on his burst turn, alongside any extra Attack Up or Quick Performance buffs.. With the right setup, Billy will end fights before they become drawn-out slugfests. He’s not the fastest gun in the West for nothing.

As mentioned earlier, Billy is a firecracker when it comes to dealing damage. His Archer class’ passives and high base star weight synergize well with his Critical Damage skills, and he can lay the hurt down with a speedy Thunderer. Thus, Billy is a strong Servant to counter Berserker and Saber boss enemies, both of which are fairly common now and in the future.

When the situation presents itself in the form of 20+ Critical Stars and a Brave Chain draw, few can match Billy when it comes to raw Critical Damage, even in the SR and SSR rarities.

Because Quick Draw is such a large NP battery skill, Billy can NP practically the turn he uses the skill all the while using stronger CEs than most Servants that don’t have an NP battery.

QQAAB does not lend itself to many strong Brave Chain situations due to a lack of Buster cards for Billy to ready a strong Brave chain. In many cases, Billy will need to use someone else’s Buster card to piggyback off of to empower Billy’s cards when Billy is going for some strong crits.

Due to the low hit counts on Billy’s 2 Quick Cards and having 2 Arts Cards, Billy has it rough when it comes to preparing Critical Stars outside of Quick Chains. This often means Billy will look towards the other 2 members of the party, along with their CEs, to supply him with the Critical Stars he desires.

Billy is all about pumping out oodles of damage in a small time frame, and 2 out of his 3 skills in particular help Billy to do this: Marksmanship and Quick Draw. Both skills are good options to raise to 10, though which to raise to 10 first will depend on how a Master values Billy’s Critical Damage Potential versus Billy’s NP Potential. Billy’s 3rd skill, Mind’s Eye (Fake), is not as important to raise to 10 compared to his other 2 skills, though getting it to 6 for the first cooldown reduction is a good idea.

Due to his already impressive Critical Damage Up potential from self-buffs, Billy is better off using CEs that provide Attack Up, Quick Performance Up, and/or NP Damage Up more than anything else. In addition, Billy’s Quick Draw gives Billy a wider selection of CE options by being able to forgo Starting NP Gauge for more raw damage buffs and still NP in the same period of time as Servants lacking a battery skill like Quick Draw.