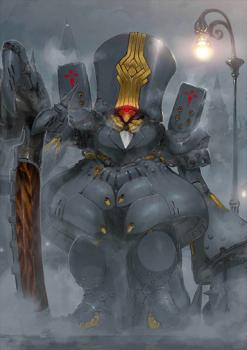 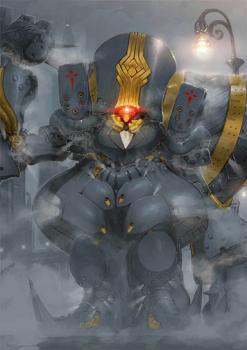 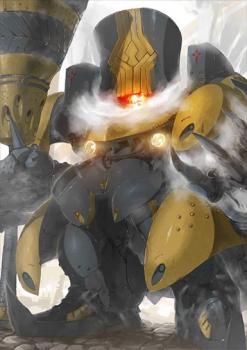 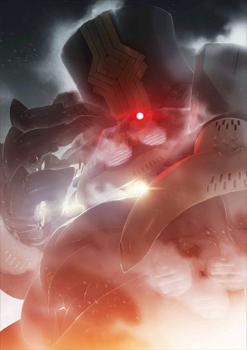 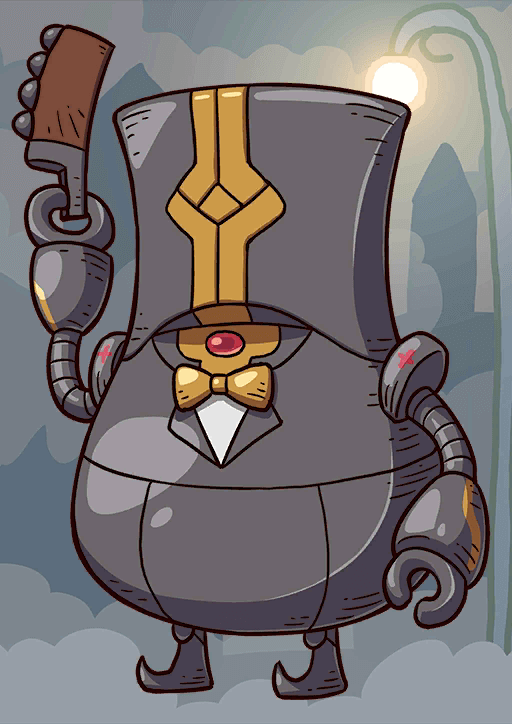 Crit Stars Up Self Damage [Demerit]

Increase own ATK (1 turn).
Apply Invincible to self (1 turn).

Increase own ATK (3 turns).
Apply Invincible to self (1 turn).

Dimension of Steam A+

When equipped on Charles Babbage,
Increase Buster Card effectiveness by 20% but decrease DEF by -10% for all allies while on the field.

“There is no conflict in my fantasy world, only development and prosperity.”

Keeping himself encased permanently in mechanical armor, the 19th Century mathematician turned scientist materializes as a servant that can both take hits and deal them out as well. Though many of his ideas went unfinished in life, they have manifested in his Buster AoE Noble Phantasm Dimension of Steam.

Yet, Charles Babbage is also a sturdy Servant, with a very high base HP and access to an Invincibility on a 5-turn cooldown. Meanwhile, charging his NP is made considerably easier by the 3-turn NP Generation buff on Concentration as well as the potential for Arts criticals from its Star Gathering buff.

Unfortunately, when his strong skills are not available, Charles Babbage’s weaker base performance becomes visible. His attack stat is among the lowest in the game even before his 0.9x Caster modifier is brought into the picture, and he will therefore deal very lackluster damage when his various damage boost are unavailable or underleveled. Furthermore, his NP Generation or damage potential via his BBAAQ deck is fairly draw-dependent, requiring the right card draws to quickly charge his NP or deal high burst damage. Lastly, timing his skills can be difficult, with both Concentration and Mechanized Armor having two skill effects that often require a different timing to fully exploit.

Still, Charles is a very solid Buster Caster, especially for his rarity. With his high durability and high burst damage often matching higher rarity Casters, Charles is an excellent investment for any Master looking to widen their offensive Caster roster.

With Mechanized Armor, his NP Upgrade and Overload active, Charles’ NP Damage is boosted more than enough to greatly offset his fairly poor attack stat and caster damage modifier. In fact, Babbage is frequently capable of outdamaging higher rarity Casters, especially under the influence of strong CEs with the additional base Attack stats he desperately needs.

Charles has a quite high base HP stat for a 3 Star servant as well as Mechanized Armor which, alongside having its massive Attack steroid, has a 1 turn invincibility on only a 5 turn cooldown. As such Charles Babbage can stay in the fight for a good long while especially with additional support.

Between the Star Gathering on his Concentration, the large Attack Up on his Mechanized Armor, the NP Damage buff on his Overload, an NPBB Buster Brave capable deck,  and lastly the Defense Down on his NP, Charles Babbage can stack some impressive damage modifiers for a truly strong burst damage turn. In addition, he possesses all the capabilities to synergize immensely well with a certain fluffy Buster Support Caster.

Charles has a pitiful base attack stat. Without any of his skills to draw on and suffering from the 0.9x Caster modifier, Charles will not put out much damage. Thus, Charles Babbage’s damage comes in waves of 3 turns, until the next time his Attack Buff can be activated.

Mechanized Armor carries both Babbage’s primary damage steroid, and his Invincibility. During tougher quests, Masters often have to prioritize whether to go all out on offense, or whether to save Mechanized Armor for enemy NPs or high damage attacks. In addition, Masters need to plan ahead of time whether to use Concentration for charging his NP or to boost his burst damage. Even Overload has a cost, carrying a weak self-Burn effect.

While Charles has good Arts cards and sees a strong boost in NP Generation from any chain initiated by an Arts cards, he relies on his access to his 2 Arts cards while Concentration is active to quickly charge his NP. Similarly, unleashing his full burst damage potential also requires a good draw in combination with Critical Stars from an ally.

Charles performs well both in burst NP Damage and in sustained performance, but needs high skill levels to make up for his weak base stats. Ideally, a Masters invests in all of his skills, with Mechanized Armor being the clear favorite. Meanwhile, Overload provides additional burst damage, while Concentration provides a stronger improvement to his sustained performance.

Ideally, Masters who want to charge Charles’s NP Gauge want to do so without having to rely on a good card draw. Thus, Starting NP Gauge CEs are one of the best options to go for. For a stronger damage performance, Buster Performance Up is king as Buster buffs stack multiplicatively with all his own buffs and thus scale incredibly well. That said, NP Damage Up CEs are decent alternatives. Either way, due to his low base Attack Stats, Charles Babbage scales disproportionately hard with additional base Attack stats on his CE.