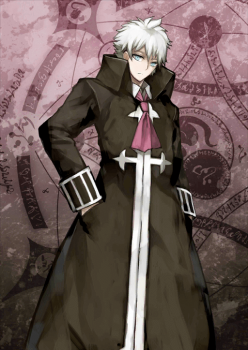 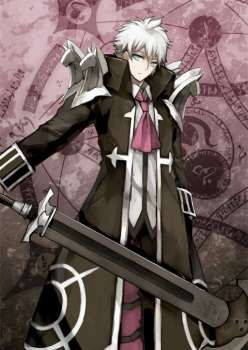 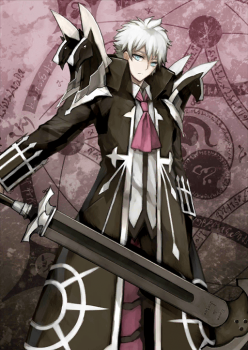 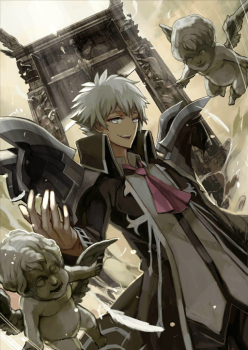 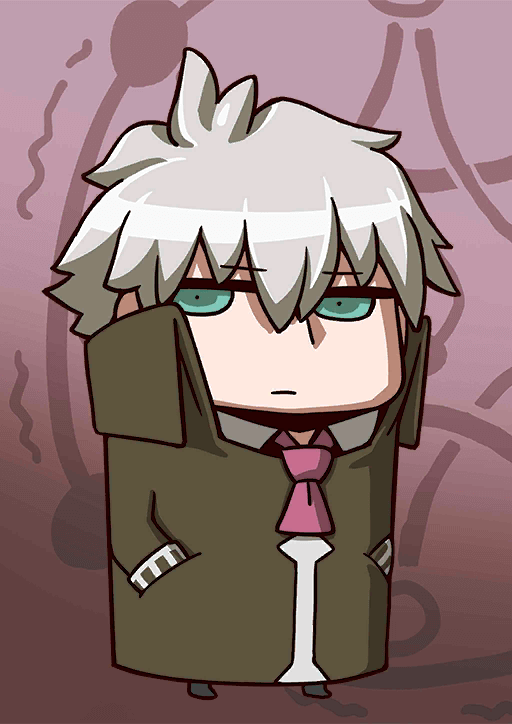 Apply Special ATK [Human] to self (3 turns).
([Human] refers to the attribute, not the [Humanoid] trait, and applies to normal enemies, but not Servants)

Death is Hope For Tomorrow

Death is Hope For Tomorrow

When equipped to Charles-Henri Sanson only,
Increase Instant Death Success Rate of all allies by 10% and NP Gain by 10% while on the field.

A famed executioner during the French Revolution, Charles Henri-Sanson’s Assassin class is fitting given his life’s story. To further emphasize this point, he comes with two separate anti-trait modifier skills, towards Evil and Human targets respectively. Sanson also possesses decent supportive value thanks to his NP’s DEF down and strengthened second skill, which heals a target ally and cleanses debuffs.

However, Sanson’s reliance on powerful anti-trait damage also ends up being his downfall. Hypothetically speaking, his damage output against targets with both Evil and Human traits would potentially rival that of higher-rarity characters. Yet, if the opponents miss even one of the traits, Sanson’s damage output will drastically decrease. In fact, against those who lack both, Sanson may even be more of a hindrance than help in terms of damage. Crucially, Servants are classified as Humanoids instead of Human, which means that Sanson’s Anti-Human targets are more or less limited to insignificant mob enemies.

Additionally, although Sanson possesses three Quick cards, their low hit counts coupled with his low-rank Presence Concealment make him a really bad star generator compared to other Assassins. Overall, Sanson can be used if one of his few niches (debuff removal in particular) is needed, but there are generally better alternatives.

Sanson’s debuff removal is a highly valuable tool for challenging quests. This factor in itself may be a reason to bring him into a fight, especially because he is easily available compared to other alternatives.

Sanson is able to deal high amounts of damage to Human and Evil opponents, making him a viable choice to use against the correct targets. In theory, the damage he deals via NP to those with both attributes is actually rather impressive, but such a combination does not currently exist in-game. After his second Rank Up Quest, Sanson’s NP damage and defense down effect are improved even more, further empowering this capability.

While Sanson is reasonably decent at his niches, they are situational, and there are other, easier-to-use alternatives for both niches. His Anti-Human niche in particular is limited to weaker mobs (such as Soldiers), making it very limited in usefulness. As a result of all this, he struggles to find a spot in most compositions.

Sanson’s damage is awfully low without anti-trait modifiers, due to his low rarity, Assassin class’ 0.9x damage modifier, and QQQAB deck with Buster NP. His only universal damage-boosting buff is also tied to his NP, which further solidifies this weakness.

Sanson’s star generation capability is abysmal when compared to his fellow Assassins. With only 2 hits on his Quick cards, and a measly 4% generation rate bonus from his low-level Presence Concealment passive skill, he is unable to provide anywhere near enough critical stars for the team.

While Sanson has a healing skill, it is quite likely it will be used on allies rather than himself, and sadly he has no other defensive skill to speak of. With no defense buffs, Evasion or the like, he is counted among the squishier Servants.

A really situational Servant by nature, Sanson’s skill leveling priority depends heavily on the player’s intended usage of him. Still, there are general recommendations to be made about his skill leveling order.

Executioner A++: Although Evil mobs are relatively rare, a lot of potential Rider and Berserker bosses possess the trait. For this reason, it should be leveled over Sanson’s other skills in order to solidify his niche role.

Medicine A: While it is the least situational skill in Sanson’s kit, leveling this skill doesn’t improve its debuff removal capability aside from the cooldown reduction, and the extra healing granted is not particularly significant. Therefore, while it can definitely be leveled up first, Executioner is generally the better choice.

Human Study B: As Servants are not considered Human (but Humanoid), this skill’s damage bonus is more or less limited to enemies such as Amazonesses or Soldiers. While high-health mobs can be found every now and then, most of them have low enough HP that this skill’s bonus damage is not needed to kill them. Even more importantly, there are few Human mobs who are also Riders or Berserkers.

In picking the correct CE for Sanson, one could focus on either augmenting his NP (NP Damage Up, Starting NP), or settle for more neutral support CEs (passive Star Generation). It should be noted for the former that NP Damage buffs stack additively with Sanson’s own anti-trait buffs, meaning that other options (Buster Up, ATK Up) may outperform pure NP Damage CEs.

The fourth head of the Sanson House that served as the executioner in Paris for generations. In the tumultuous times known as the French Revolution, he executed people of various social classes. With the introduction of the "guillotine" he further increased his number of executions.

Height/Weight: 178cm, 68kg
Origin: History
Region: France
Alignment: Lawful-Evil
Gender: Male
His side occupation was a doctor. His skill shows some remnants as such.

Charles-Henri Sanson was not an assassin, but an executioner.
The role of executioner was passed down from one generation to another, and he was its fourth successor.
He was extremely wealthy, but often mocked.
The young Charles was said to be in agony.

The Sanson family had an elegant lifestyle
that was comparable to nobles. They were respected, loved the king and queen, and were fond of the citizens that they ruled over. It is said that they offered the latest medical technologies learned from their executions for free to the poor.

But the times did not allow Charles to live in peace.
He was forced into the job of executioner even after the French Revolution, and was forced to execute of his beloved King of France Louis XVI and his queen Marie Antoinette.

[La Mort Espoir]
Rank: A
NP Type: Anti-Personnel
Death is Hope For Tomorrow.
Materialization of the guillotine, the true tool of execution. The probability of death is not determined by resistance to curses or luck, but by whether or not the will is strong enough to overcome destiny.

Charles-Henri Sanson feels neutral towards his Master. The reason he was summoned was for his proficiency at killing, but he feels complicated about it.