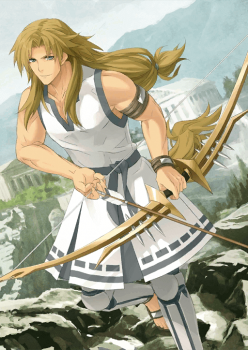 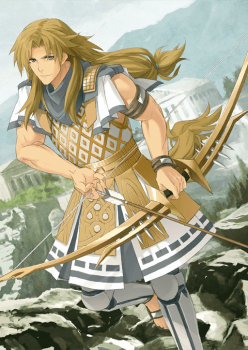 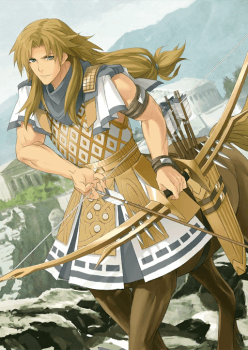 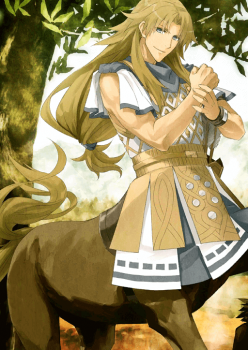 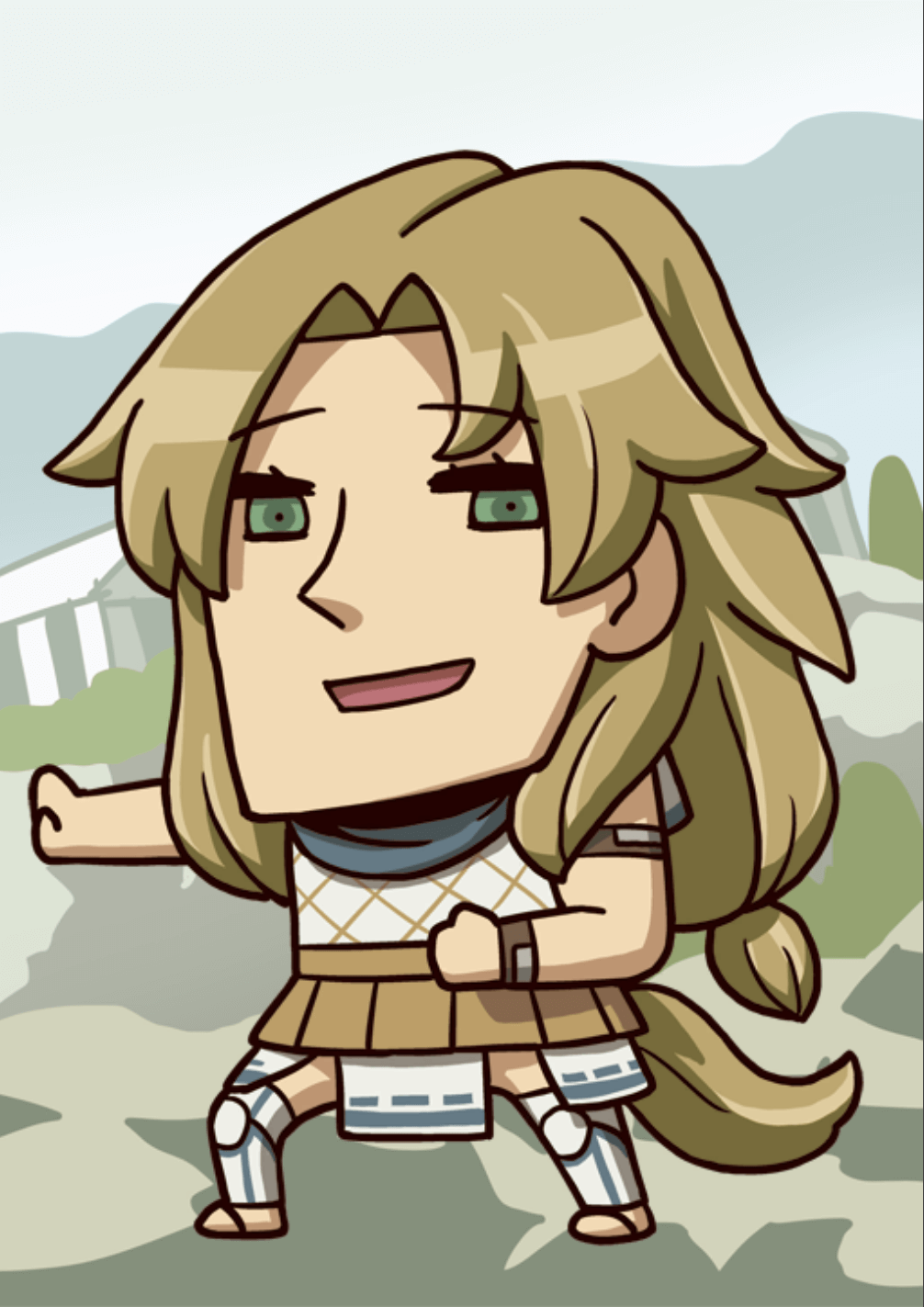 Crit Stars Up Self Damage [Demerit]

Increase Critical Strength for all allies (3 turns).
Gain Critical Stars.
Deal 500 damage to self. HP cannot fall below 1 from this skill. [Demerit]

Wisdom of Divine Gift A+

The Purpose of Learning and Teaching

When equipped on Chiron,
Increases Party's Arts and Quick cards effectiveness by 10% when he is on the field.

“This is a blow that pierces the stars of the Scorpion. My arrow has already been let loose! Antares Snipe!!”

During Chiron’s long life, he had taught many of the most prominent Greek heroes, including Heracles and Achilles. As befits his story, Chiron is an Archer Servant capable of using his wisdom to support both himself as well as his allies, while his ascension to become the constellation of Sagittarius is manifested through the single-target Arts Noble Phantasm, Antares Snipe.

Chiron can generally be classified as an offensive support thanks to his second and third skills. Eternal Dedication provides a party-wide Critical Damage Up (alongside some critical stars), while Wisdom of Divine Gift grants a targetable Performance Up to all three command card types. Unlike many other supports, however, Chiron is able to benefit from his own skills, in which case he is able to perform in a damage dealer role. His NP Antares Snipe provides further flexibility for both himself as well as other damage dealers thanks to its Defensive Buff Removal effect. Rounding up his kit is Mind's Eye (True), which provides survivability in the form of a one-turn Evasion as well as a three-turn defense buff.

The main argument against using Chiron as a damage dealer is the existence of more effective free alternatives (i.e. Chloe von Einzbern and Attila the San(ta)), yet while this is most definitely correct, it does not take away from Chiron’s own capabilities, which are surprisingly solid. Meanwhile, his true weakness, if any, lies in his naturally high star weight, which may cause him to unintentionally steal the stars meant to go to another Servant.

Chiron, as with many other Archers, suffers from steep competition within the class. Even so, while he may not be the most flashy option, he still proves to be a surprisingly flexible Servant capable of both supporting his teammates and dealing damage when necessary.

Chiron is a flexible damage support thanks to his third skill’s multiple card Performance Ups, which makes him compatible with most offensive Servants regardless of their card type leanings. The critical damage buff he provides is also quite impressive in number and is applied to the whole team; but more importantly, all of his buffs last for 3 turns, allowing more flexibility in terms of damage dealing. His QQAAB deck also fits well into this supporting role, providing his allies with more critical stars and increasing their overall NP gain through Arts chains and Arts first card bonuses.

Benefits from Own Buffs / Semi-Damage Dealer

Despite his supporting capability, Chiron’s kit allows him to act as a damage dealer when needed. As an Archer, his high natural star weight allows him to make good use of Dedication’s Critical Damage Up and stars, while the Performance Ups provided by Wisdom increases his damage as well as NP and star gain, the last of which can secure him more reliable critical hits.

Antares Snipe removes all types of defensive buffs from its target before dealing damage, which essentially makes Chiron’s NP unblockable in most situations (except for stages featuring unremovable buffs or Buff Removal Resistance). This grants him a considerable degree of flexibility in more difficult quests, enabling him to deal consistent damage as well as securing the way for another damage dealer’s NP.

While Chiron’s damage dealing capabilities are far from lackluster, he is hard pressed to compete against Servants such as Chloe von Einzbern and Attila the San(ta), both of whom have easy access to NP5. As a result, he would most often be used to provide damage support to a primary damage dealer, but this should not be taken as a lack of ability on Chiron’s part; when the time calls, he will answer. After all, his arrow has already been set loose.

Chiron’s star weight, while a benefit to himself, can be a curse when he is used to support other damage dealers. With unfavorable RNG, it may cause him to hog at least some stars away from other Servants, except for those with the highest Star Gather Rates. In such a situation, it is recommended to utilize the Chaldea Combat Uniform’s Order Swap skill to switch Chiron out after using him to buff the primary damage dealer.

As a Servant primarily used for his buffing capabilities, Chiron’s second and third skills are central to his overall performance, and they should be leveled as much as possible. In contrast, his first skill can generally be left at lower levels, though leveling it to at least level 6 is recommended if he is to be used as a damage dealer.

Chiron is a fairly flexible Servant in regards to Craft Essence choices, depending on the role he is fulfilling in the team. Generally speaking, he benefits the most out of Starting NP Gauge CEs (or hybrid variants thereof), but when used as a support, Passive Star Generation and Instant Star Generation CEs are also viable, powerful choices. As far as secondary effects go, he benefits from Attack Up, NP Damage Up, as well as Arts Performance Up effects.