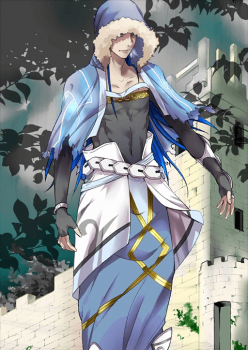 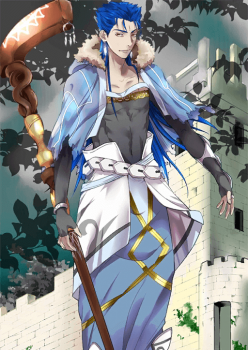 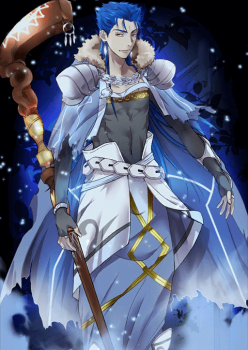 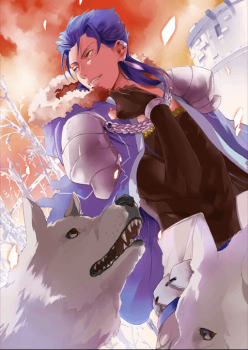 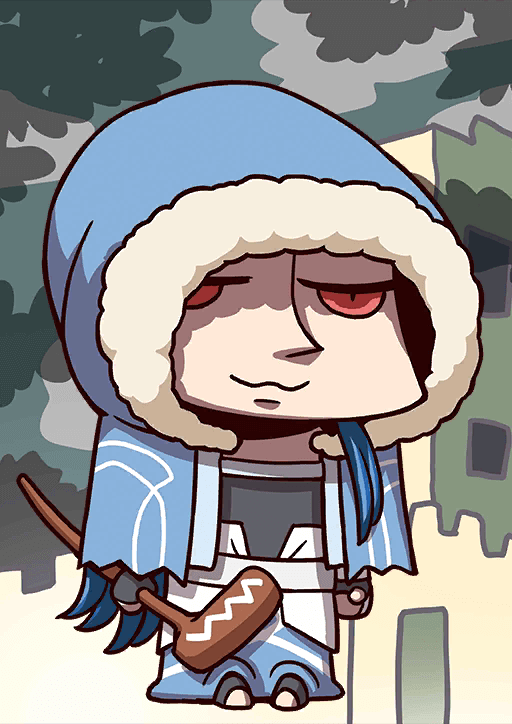 Replaces Rune Spell A after Rank Up Quest

Divine Protection from Arrows A

At the Spring EX

Remove own Debuffs.
Recover own HP.
Increase own ATK (3 turns).
Apply Delayed Buff [Yggdrasil Sacrifice] to self (1 turn):
- Apply Guts to self after 1 turn (1 time).
- Apply Delayed Buff [Activates Upon Guts Usage] (1 time):
-- When Guts is activated, increase own NP Gauge by 80% (1 time).
- Inflict Death on self after 1 turn [Demerit]. (Can trigger Guts)

Flame Cage that Burns All

Flame Cage that Burns All

When equipped on Cu Chulainn (Caster),
Increase own NP damage by 30%.
30% Chance to regain 500 HP when attacking.

Individually Cu Caster has some great skills. His problems stem from the fact that they aren’t really synergistic or give him a clear identity. Rune Magic (and Primeval Magic after Rank Up) is a stellar steroid skill for critical damage dealer with an NP charge on top to boost a good cooldown. However, because Cu is a 3-Stars Caster with a mediocre attack, low-class modifier (0.9 for Caster), lack of means to absorb Critical Stars and has a BAAAQ deck, and he can’t make use of the critical damage buff component most of the time. Divine Protection from Arrows and Disengage are great in most circumstances as Defensive skills, but keeping Cu Caster alive for long doesn’t provide great benefits compared to other Casters like Medea or Hans. Last but not least he has a mediocre AoE NP with poor Overcharge effect, low damage and lack of steroids to improve its damage output.

All in all, he lacks a clear identity other than being a “tough to kill” Caster. Cu Caster should not be the go-to choice for any team lacking a Caster but can serve decently as a placeholder until the player can get someone better.

Similar to his Lancer counterpart, Divine Protection from Arrows is too useful and should be maxed first to reduce the cooldown. Afterward, Disengage is better for the short-term due to the small heal and debuff removal, but Rune Magic becomes a lot better after his Rank Up quest thanks to the NP charge effect. On the off chance that Cu Caster can crit, it also boosts his damage output decently.