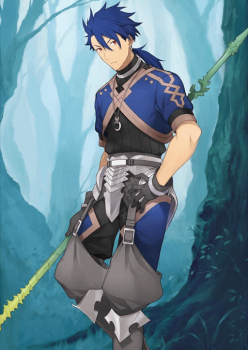 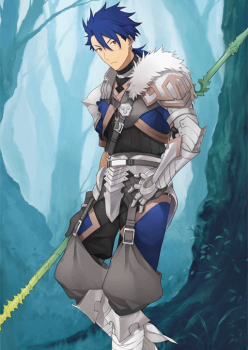 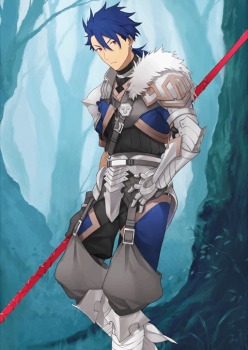 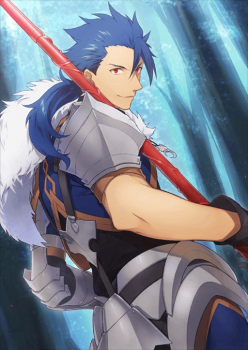 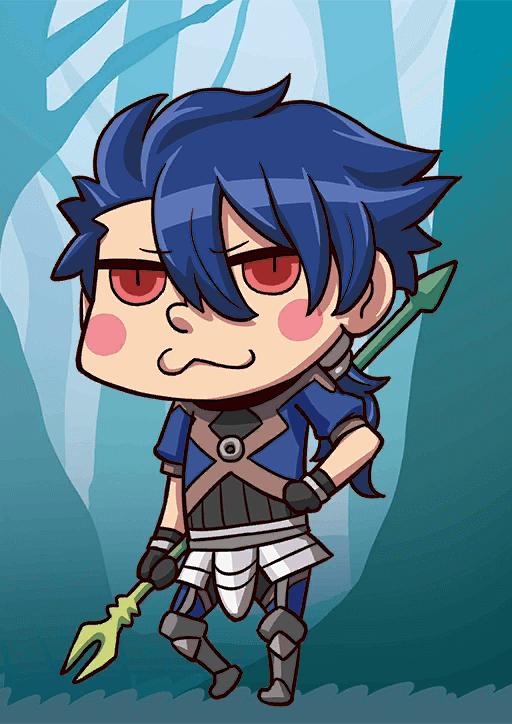 Protection from Arrows B

When equipped to Cu Chulainn (Prototype) only,
All allies will inflict 20% bonus damage against [Wild Beast] enemies while on the field.

Proto Cu is, in essential, a much more offensive version of normal Cu Chulainn. Trading Battle Continuation and Disengage for the ability to do critical damage reliably and increased damage against Beast type enemies allow him to serve as a great budget damage dealing Lancer. Beast-trait is a quite common trait amongst frequently appeared enemies, such as Chimera, meaning Proto Cu will prove quite useful for these type of enemies and will only become more valuable as the game goes on. And while he does not have Guts, Proto Cu is still extremely tanky thanks to Protection from Arrows and is more than adequate for him to find a place in tough challenges.

Divine Protection from Arrows is the claim to fame for both Cu Chulainn and it is what gives them incredible tankiness for hard battles. Thus, you'd do a disservice not leveling it first.

Afterward, Beast Slayer is better than Rune Spell as it gives Cu Chulainn Prototype a unique niche against certain enemies. Furthermore, in the long run, it is also a great offensive skill after the Rank Up due to the crit stars absorption.

Rune Spell is his least important skill, not because it is bad, but because it isn't particularly good on him until he receives his crit star absorption component on his 3rd skill, so it should be leveled last.

Being a strong survivalist and critical damage dealer (once he gets his Rank Up quest), Cu Chulainn Proto appreciate any form of Quick card performance boost as well as a critical damage boost.

In Celtic mythology and the Ulster Cycle, there is a great hero who stands above all.
A "Child of Light" born of the blood of the Sun God, Lugh.
Also known as the Guard-Dog, he seems to be the same individual as the Lancer that is summoned with the same True Name.
However, his body and mental age seem to be a bit younger than "the other one."

He's a wild but cool kind of guy.
Even though he won't judge between justice or evil and decide which one is better, he cares deeply about being just in the world.
But he isn't mature enough to accept the many unfairnesses that occur in the world.
He's a creature tamer, and has a great affinity for dogs.

Compared to the Lancer summoned with the same True Name, he wears heavy armor.
Despite this, his dexterity parameter is A+, surpassing "the other one."
It's not that he's more capable, but that he's younger, and overenthusiastic which causes several differences between them.

[Gáe Bolg]
Rank: B/B+
NP Type: Anti-Personnel/Army
The Spear which Reverses Causality.
The scarlet spear and related arts which he received from his mentor, Scáthach.
Capable of Anti-Personnel Thrusts and Anti-Army Throws.

Compared to the other Lancer, he has a bit more affection for his teacher, Scáthach.
It's unknown whether this is due to his age or how much time has passed.
It's true he cannot accept the unfairness of the world, and the fact that it's all shades of gray, but...

He probably thinks it's commendable that his Master is attempting to correct human history, and most likely wouldn't mind lending a hand. However, you must be careful, as he may not respond the same as the Lancer with the same True Name.