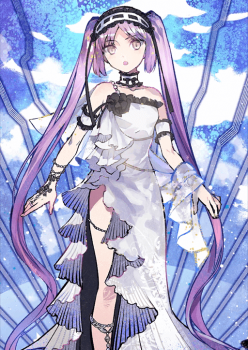 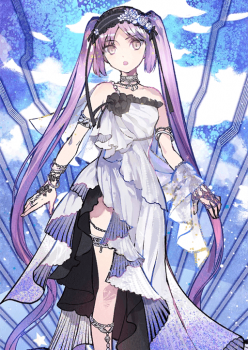 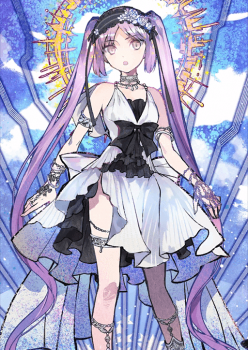 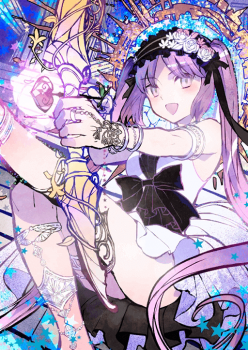 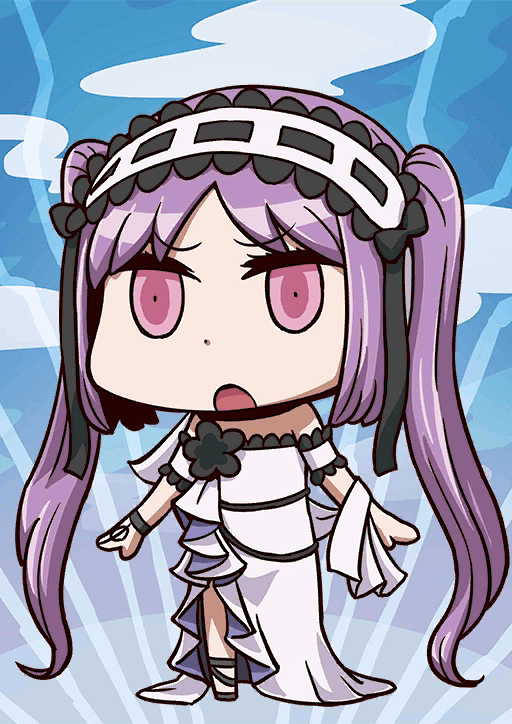 Whim of the Goddess A (Euryale)

Eye of the Euryale B-

High chance to apply Charm status [Male only] to a single enemy (1 turn).

Eye of the Euryale

Gaze of the Goddess

Eye of the Euryale (Upgrade 1) B

High chance to apply Charm status [Male only] to a single enemy (1 turn).

Eye of the Euryale (Upgrade 1)

Gaze of the Goddess

Glitter of the Goddess (Euryale)

When equipped on Euryale,
Increase Arts Card effectiveness by 15% while she's on the field.

The middle daughter of the Gorgon Trio, Euryale has come back to life wielding cupid’s bow to strike the hearts of all men. And she most certainly strikes them all, being one of the most prolific male-slayers in the entire game with her super-effective Arts Noble Phantasm, Eye of the Euryale.

Euryale’s entire kit centers around stalling male opponents and dealing high levels of damage to them when she has an opportunity. She comes equipped with two primary male-stalling charms: one on her Noble Phantasm, and one via her Siren Song A which at max level is guaranteed so long as the opponent has no resistances. If that wasn’t enough, she can further stall any enemy’s Noble Phantasm via Vampirism C which not only drains a tick of their Noble Phantasm gauge, but also charges up her own Noble Phantasm. Then, once her Noble Phantasm is ready to be unleashed, she can deal brutal damage to male enemies, supercharged with her super-effective multiplier as well as a strong Arts up with Whim of the Goddess A.

Despite having such a strong niche against males, Euryale struggles against other non-male enemies. Her damage is generally low due to a low attack modifier, and her Noble Phantasm does not scale in general damage with NP level. She also lacks any kind of hard survival, so if her gauge drain is not enough to stall the enemy (or if it misses), she will have to take the hit full on.

A Master would be well served to raise Euryale as a go-to Servant for any male enemies they may encounter, and especially for some tricky Saber Male enemies.

Euryale’s anti-male niche provides her with a rare opportunity to render a male enemy of any class useless. Combined with a Stheno and a second Euryale via friend supports, the team would have access to three on-demand charms via Siren Song on a seven turn cooldown, and an extra charm any time one were to use a Noble Phantasm. With Euryale’s decent Noble Phantasm gain rate and bonus gain from Whim of the Goddess, she will have no problem accessing these charms as well. By playing effectively, one could charm a male enemy for an indefinite number of turns.

Not only does Euryale stun men, but she murders them as well with a massive 250% super-effective multiplier. Unlike other Servants who have skills to increase male damage, Euryale’s damage is multiplicative with Noble Phantasm damage / Special Damage up Craft Essences such as the Black Grail. This provides her with the potential to provide equivalent damage to even some 5-star Servants in her niche.

Euryale’s primary damage steroid, Whim of the Goddess, is a 3-turn skill on a 5-turn cooldown, enabling her to have damage boosts to her Arts cards more than half the time. She also gets a slight refund to her gauge when using Vampirism, and decent NP gain from her Arts cards as is, making her usually just as good in the middle of the fight as she is at the start.

Unfortunately, Euryale’s entire kit revolves around killing men, meaning she struggles when she is not facing a male enemy. She has a low base attack and her 30% Arts steroid is on the weaker side of things. Her biggest problem with damage comes from her Noble Phantasm’s scaling. Usually a single target Arts Servant scales from 900% damage at NP1 to 1500% damage at NP5. Euryale remains a constant 900% damage, with her Super-effective NP modifier increasing instead, leaving her as the only 3-star Servant unable to benefit from free NP5 gains.

Euryale lacks durability in two areas: hard survival and defense. She has no skills to mitigate incoming damage from a non-male enemy and will need outside support if one expects her to be attacked. She can make up for this with her Vampirism skill to stall an enemy Noble Phantasm for a turn, but this is not a guaranteed charge loss for the enemy.

Euryale’s skills focus on stalling a man and eventually killing him. It is well worth leveling every skill to the max to not only boost their prowess, but to also reduce their cooldowns to enable charm locking strategies.

The middle daughter of the Gorgon Sisters in Greek mythology.
The epitome of men's desires, she is the perfect "idol."
A goddess that was born as the "ideal maiden."
Her beauty is like innocence and purity were put into human form.
Stheno is her elder sister and Medusa is her younger.

Unconditionally loves cute and beautiful things, and absolutely detests ugly things.
She will thoroughly sweet talk men into thinking they have a chance with this "cute maiden," and then...

Even though she is pure and innocent, she is also extremely whimsical and sly.
She thinks that if you stay quiet, nobody will get mad at you, and it's not cheating if you don't get caught.
(Though, she does feel regret on occasion.)

Core of the Goddess: EX
An unique skill that shows she was the perfect goddess from birth.
A combination skill which includes Divinity.
Upholds the absoluteness of the psyche and the physical body.
She repels any psychic interference, and her physical body does not age or change.

One of the gods from ancient Greece, and normally unable to be summoned as a Servant.
The goddesses are supposed to be eternally beautiful, but being one of the weakest beings in the entire world has a price...
When she turned into a Servant, she got tougher.

She smiles as if she is pleased to see her Master, but really she wants to watch and enjoy that person's eventual demise.
Since her Master is the first human she has seen in a while, she wants to take her time and observe them writhing in pain...