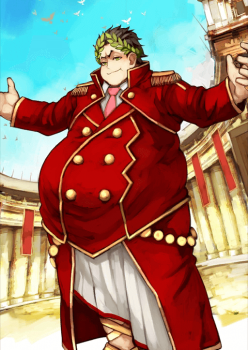 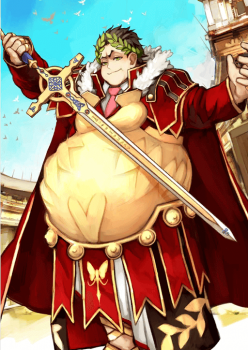 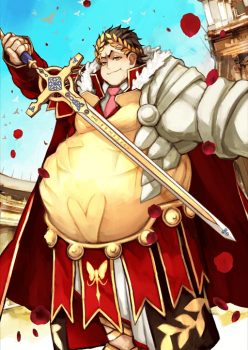 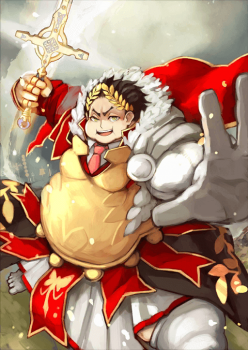 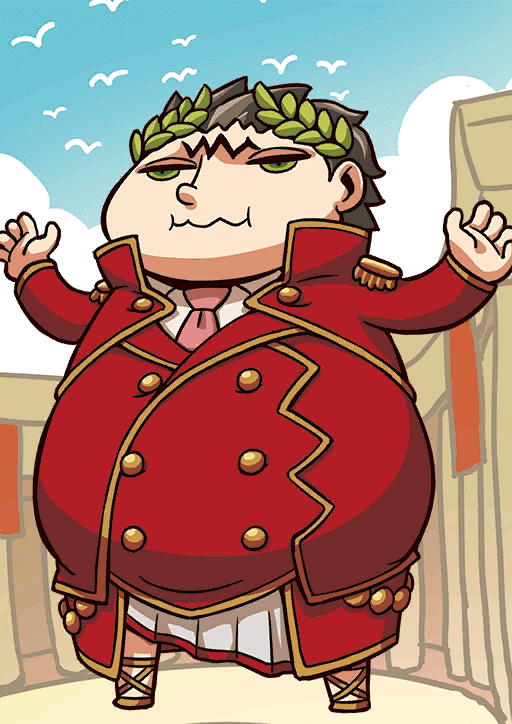 Self Buff Rate Up

Legend of the Gallic War

When equipped to Gaius Julius Caesar only,
Increase Quick Card effectiveness of all allies by 15% while on the field.

Crossing the Rubicon once more to join Chaldea in its defense of the Pan-Human world, Gaius Julius Caesar combines a powerful Single Target Quick performance with rather decent (critical) support capacity through his triple whammy of Charisma, Tactics, and the Critical-based buffs from Incite.

While his trifecta of buffs (including Riding to boost his Quick performance) already make him deal decent NP damage, the high NP refund from his 10-hit NP Crocea Mors sets ups a very deadly cocktail for Caesar to try and launch successive NPs with the likes of Skadi and/or Nero Bride. Yet, Delightworks only kicked it up a notch upon his second Rank Up.

With not only an improved modifier from his NP Upgrade (~20% Damage Increase alone), Caesar can also gain up to 50%(!!) Attack Up for 1 turn from his NP alone at very high odds (and guaranteed at half HP or lower). As a result, Caesar utterly dominates the NP Damage charts, being capable at max Attack Up stacks to rival the output of Musashi...at equal NP levels.

But Ceasar can function as a budget support perfectly fine as well, especially as his Crocea Mors can generate a significant sum of Critical Stars from its hit counts, Incite, and its Overcharge effect. This flexibility makes Caesar one of the very best starter Servants around.

Of course, Caesar is not as perfect as Cleopatra might imagine, considering his lack of any defensive prowess (instead, he can only reduce defense). His base NP Gain on his Command Cards is also painfully limiting. To launch successive NPs, Masters need to rely entirely on his NP and any NP charging supports. Furthermore, Caesar can only unlock his Critical Potential after launching his NP, which makes using Critical hits to charge NP Gauge and deal more damage in the same turn more difficult.

Regardless, Caesar is one of the stronger 3* Servants available, especially after his 2nd Rank Up can potentially make his NP deal mind boggingly high damage. Veni, vidi, bloody vici indeed.

After his 2nd Rank Up, at base, Crocea Mors has an 80% chance to add 10% Attack Up before Caesar launches his NP. This can happen 5 times in succession. However, if at any point the buff fails to apply, all subsequent Attack Up buffs will never trigger. Fortunately, Caesar can increase his already strong odds by losing HP.

At roughly half HP, Caesar already has a 100% chance to apply each Attack Up as the Buff Success Rate scales up to 40%.

To give an example, if Caesar fails his 3rd Attack Up buff, he will only have +20% Attack Up from Crocea Mors.

Masters can also improve his odds by fielding Servants with Buff Success Rate Up.

The combination of his 8% Quick Performance up from Riding, 18% NP Damage Up from Tactics for 1 turn and his 16% Attack Up from Charisma for 3 turns already makes Caesar hit for a decent chunk of damage. After his 2nd Rank Up though, the combination of an NP Upgrade and a 1-turn up to 50% Attack Up makes his NP deal downright devastating damage, putting even gacha Servants to shame.

With a base NP Gain of 1.1% and 10 hits on his Quick NP, a fully Quick/NP Gain buffed Caesar can refund a rather large chunk of NP Gauge. With the help of NP Charging supports (Skadi/Waver/Nero Bride/Helena) and/or good (Critical) Command Card Draws he can launch multiple NPs within the same 3-turn buff window. That's not a bad deal.

Caesar's skills are all alligned offensively and can greatly boost the output of other damage Servants. While the support landscape is becoming ever more competitive, Caesar remains a flexible Servant to field in uncertain situations as the Critical modifiers on his Incite skill are fairly impressive for a 3-turn buff.

Caesar's base NP generation leaves much to be desired, with only a single Arts card and 2 poor Quick Cards. As such, Caesar performs better either in a team with a dedicated NP support, or with CEs to get his NP up as fast as possible. Caesar will also have to rely on refunding his NP to speed up the journey to a second Crocea Mors.

With no survival skills whatsoever, low base HP, and even a targetable Defensive Demerit, Caesar will fall easily in the face of strong enemies. But wily Caesar turns a disadvantage to his favor, as his proclivity to get hurt helps to improve the odds of getting more stacks of Attack Up after his 2nd Rank Up. Still, for extended engagements, Masters need to support him defensively, let him perish or look elsewhere.

Given Caesar's launch-level hit counts (2-hit Quicks...), Caesar can only self sustain his own critical potential when he uses his NP. In an ideal world, those Critical Stars are best used on the turn he NPs (especially after his 2nd Rank Up), and can hamstring his performance for Masters without a diverse roster to support him.

Caesar has no true bad skills, and thus Masters can comfortably at least put all of his skills to rank 6. Depending on whether Masters need a more powerful NP or better support potential, the road to rank 6 (or, indeed 10) can differ.

Charging Caesar's NP from scratch is a real problem, therefore CEs with Starting NP Gauge are essential to getting Crocea Mors out the door in time. CEs that pair Starting NP Gauge with Quick Performance Up, NP Damage Up or Attack Up are also highly effective especially with NP Charging supports. NP Gain Up is viable, but only in compositions that focus on refunding his NP in combination with heavy Quick Support (Skadi).

Caesar was one of ancient Rome's greatest heroes, having shown outstanding prowess as a general during the Gallic Wars, the expeditions to Britannia, and other endeavors.
A playboy and self-proclaimed descendant of the goddess Venus, he supposedly fathered children with both humans and fairies alike. Pronounced "Kai-sahr" in Latin and "See-zar" in English.

A shrewd man who is ambitious and excels at strategy.
A man with a fearsome intellect who is an expert of resourcefulness and speech. Good at rousing others.
His brilliant mind guided many battlefields to victory, which is reflected in his high ranking Tactics skill.

Incite: EX
Caesar's individual skill.
His grand collection of words and gestures that guided many a crowd and citizen works as a mental attack when used against an individual.
Quite powerful.

[Crocea Mors]
Rank: B+
NP Type: Anti-Personnel
Yellow Death. A golden sword.
In close combat, it shall guarantee victory when drawn, but he does not like to unsheathe it.

Loves women. Loves Rome, and of course loves Nero.
Loves the world. Loves Cleopatra, too.
He often makes bold statements toward his Master, but generally never betrays anyone. Though he may remark sharply, he always does so with good intent.

The wish he has for the Holy Grail is to reunite with Cleopatra, and recognize her and their son Caeesarion as his.
"I don't care about conspiracies anymore, let me hold my son. My son."