Community Posts with Keyword Geronimo All 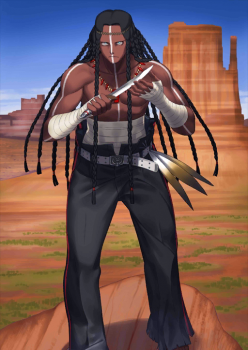 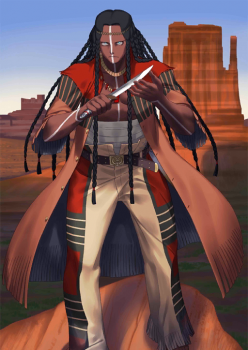 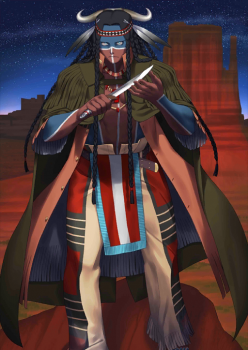 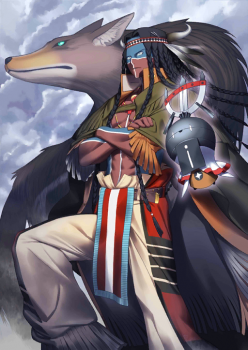 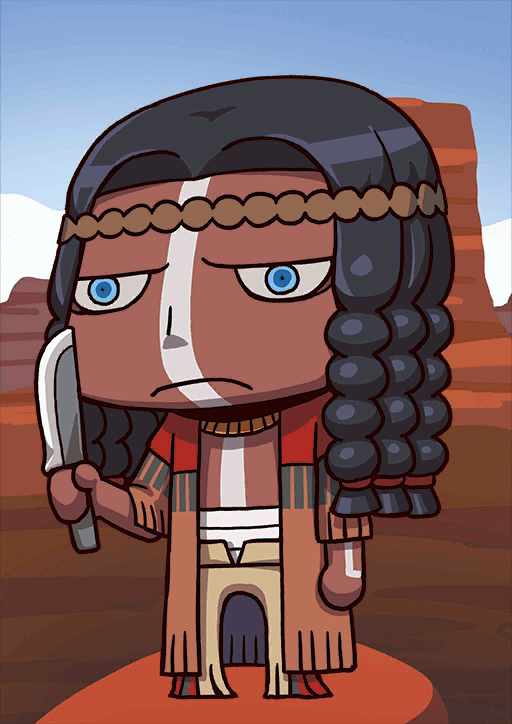 Spirit of The Vast Land

When equipped on Geronimo,
Increases party's NP Gain by 15% while he is on the field.

[Rewrite Upcoming]
Geronimo is too much of a good thing applied improperly. A 50% performance boost to each card type and an AoE NP that both damages enemies and heals your team sounds great, until you realize that the skills are all separate, and any survivability in his kit is tied to his unspammable NP.

The biggest dilemma with Geronimo is how to get the best use out of him. Playing him as a solo servant guarantees the best usage of his skills, but outside of that one turn burst he lacks the sustained damage and survivability to be effective. In a team setting Geronimo offers no utility outside of his NP, and lacks enough damage or survivability to justify fielding him.

Geronimo has surprisingly high attack for a 3 star Caster at 6857 attack. Only Medea beats him with 7418 attack. Babbage, who shares the QAABB deck with Geronimo looks on enviously.

Geronimo’s NP curiously has a starting multiplier of 400% as an arts NP, which is less than his peers’ effective 450% Buster multiplier. This is fixed post interlude to 600%, which puts him above everyone but Babbage, who ties with him post interlude.

Having a second Buster card notably improves Geronimo’s standard card damage compared to his fellow Casters. However, this is a double edged knife.

Geronimo’s card performance buffs are selfish and only last one turn.  Granted, his 2 arts cards and an Arts NP benefit well from his second skill.  However, his Buster buff is largely irrelevant due to only benefitting his two plain Buster cards, and his Quick buff is even worse with one card to buff.  His skills provide no utility to his team.

Although Geronimo has respectable NP gain at .9 and star generation at 11%, his Quick and Arts cards only have two hit counts, while his Busters have one.  Although his extra hits for 4 times, Geronimo’s overall hit counts result in poor effective stargen and slightly above average NP Gain, which sadly cannot redeem his kit.

Since Geronimo has two arts cards and an arts NP, Shamanism will bring on the greatest returns. Bloody Devil will be helpful for whenever you get two of Geronimo’s Buster cards, but otherwise doesn’t have the same impact due to lack of other Buster steroids. Geronimo’s Guardian Beast is negligible due to the fact he only has one unremarkable quick card.

[JP] 4* Avenger Summer Utsumi Erice
This is a data pull of the NPC Support version in today’s update Source: Atlas Academy…
Google Pay Restrictions for SQ purchases
So I’m sure many of you planning on topping up your SQ in anticipation of this year’s…
Busti’s Stall Diary Chapter #539: Ferocity or Abstinence? Who shall win?
Only the future will decide. Anyway, ain’t here for some self-promotion. Here to…
[JP] 4* Assassin Summer Valkyrie
Note that this is the Support version and may be different from the final Summonable…
The Saviour of Quick? Summer Skadi predict'o'guess!
She will be: Click to view the poll. Her kit will be: Click to view the poll. Her NP…
Read More