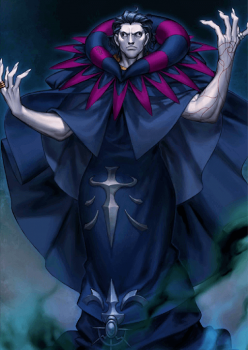 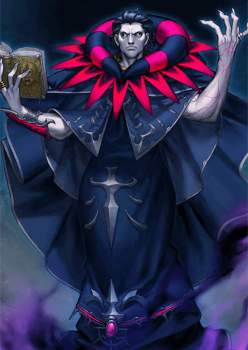 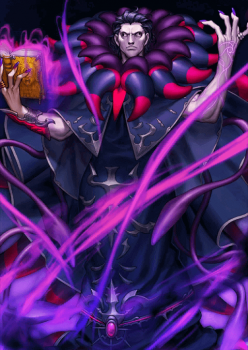 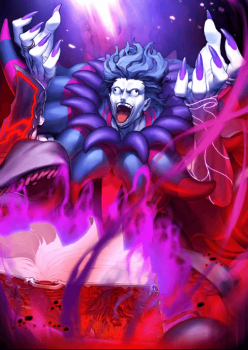 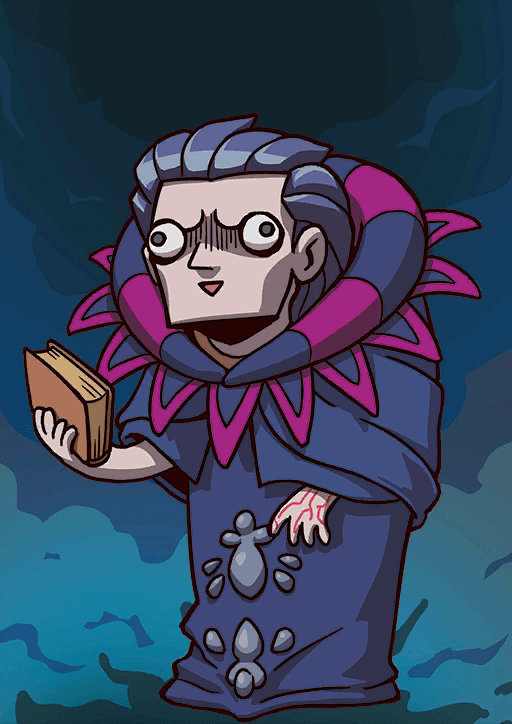 Evil Eye of the Abyss C

Inflict Terror status to all enemies (5 turns).
(Chance to Stun enemy every turn, dispels once the enemy is stunned.)

Text of the Sunken Spiraled City

Deals damage to all enemies.
Increase NP Gauge for all [Foreigner] class allies by 30%.

Text of the Sunken Spiraled City

Letter From a Friend

When equipped to Gilles de Rais (Caster) only,
Increase Buster Card effectiveness of all allies by 20% but decrease Critical Star Drop Rate by 20% [Demerit] while on the field.

Caster, in general, is a terrible class to have AoE NP, and Gilles is not an exception. However, lackluster NP damage is not the sole reason why he ended up at the bottom of the barrel alongside his normal eyes counterpart. He offers nothing compared to other Casters such as Medea, Hans, Shakespeare and damage-wise most AoE Berserkers are way ahead of him. The fact that he is only available through Story Summon doesn't help him either, as it only means he is significantly harder to get NP 5. To put the nail on the coffin, Caster Elizabeth is free, can get NP 5 and is infinitely better than him at basically everything. It is recommended that players skip Gilles Caster completely because it is just torturous trying to make him work.

All of Gilles skills are frankly, pretty bad. Players definitely should not level his skills unless you really like him or is Uryuu Ryuunosuke incarnated.

His most decent skill is only available after Rank Up, and even then it is a niche in its use and can easily be either dispelled or blocked by many bosses. At the very least, it still has some use and certainly is better than his two other skills.

Of the remaining two, Aesthetic Appreciation is less useless, although it won't help much if at all in the face of a boss about to use a strong Noble Phantasm. It might help you mitigate some damage if you have a class advantage, but other than that it is just as useful as Gilles himself.

Outside of these choices, players can give him CE like Formalcraft to boost his Art card performance since he does have 3 Art cards, or Divine Banquet / Prisma Cosmos to improve his NP generation