Community Posts with Keyword Gorgon All 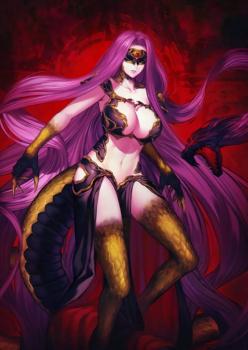 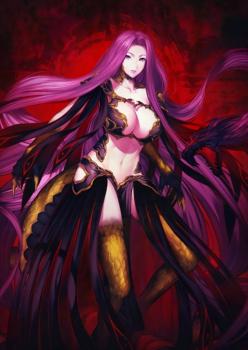 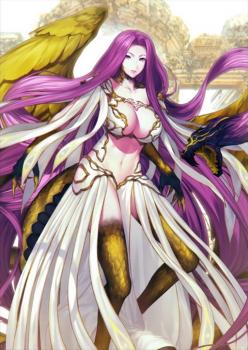 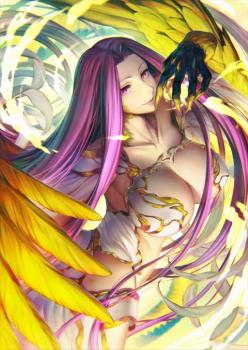 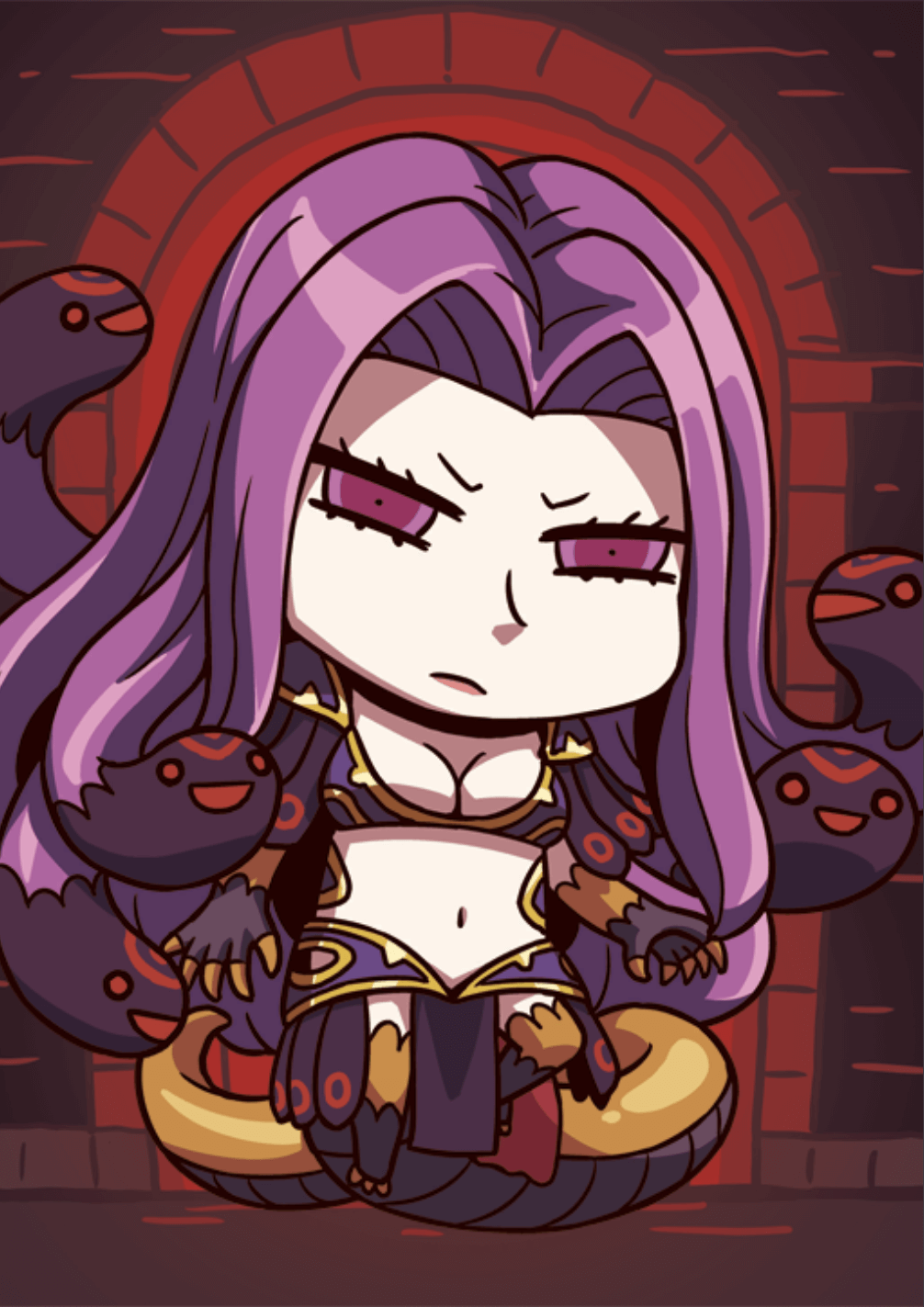 Increase NP Gain when damaged by 18%.
Decrease Debuff Resist for all allies (including sub-members),
except yourself by 8%. [Demerit]

Increase NP Gauge each turn by 3.8% for yourself.

Deal heavy damage to all enemies.
Increase NP Gauge for all allies by 10%.

Inflict Curse on all enemies (5 turns).

Deal heavy damage to all enemies.
Increase NP Gauge for all allies by 15%.

Inflict Curse on all enemies (5 turns).

When equipped on Gorgon,
Increase Buster Card effectiveness and NP Gain of all allies by 10% while on the field.

Gorgon is a Servant of irregular origins, a monster who is not supposed to exist, and her kit reflects this fact. The monstrous aspect of Medusa possesses good offensive potential, coming with an extraordinarily high ATK stat, the Avenger class’ 1.1x damage modifier, as well as increased critical damage and NP gain from her passive skills. This potential is further amplified through her kit, which contains major ATK and critical damage buffs. With all of these aspects factored in, Gorgon has ridiculous damage potential, rivaling even many higher-rarity Servants. As a cherry on top, she also comes with a couple of utility tools, most significantly her signature Mystic Eyes’s stun effect.

Unfortunately, every monster has a bane, and Gorgon is not exempt from this fact. As an Avenger-class Servant, her base star weight is extremely low. With no way to increase it on her own, to say that her critical hits are inconsistent would be an understatement. As a result, her critical damage buff is often useless unless the party is specifically tailored to help her in this regard, which makes building a team for her far more restrictive. Another factor that restricts her team building is that Gorgon has no reliable survival tool except for Demonic Mutation’s Guts, (which is generally subpar compared to other defensive measures), and thus she also needs to rely on her allies to survive more difficult battles.

Considering these factors, Gorgon is definitely usable in the right scenarios, but the many restrictions posed by her drawbacks can make fielding her optimally feel like a hassle, especially when easier-to-use alternatives are available.

Gorgon has extremely high damage potential thanks to the various buffs provided by her kit. This is especially true in regards to critical damage, allowing her to deal ridiculous amounts of damage when her critical hits do land. Gorgon’s high damage is especially visible in the few situations where she has full class advantage against Rulers and Berserkers.

A future interlude will grant Gorgon an upgrade to her NP, turning her NP into one of the highest damaging NPs among her rarity against neutral targets.

Gorgon is able to work alongside and provide additional leeway for her teammates by using her powerful non-conditional Stun, and her party-wide NP charge on her NP (which is buffed further after her interlude). Her NP’s Curse side-effect can also help with certain challenge quests, though such quests are few and far between.

In order to utilize Gorgon’s critical damage potential, she has to be CE-equipped or buffed with critical star absorption unless the team is able to generate a massive surplus of critical stars, for example with the help of A Fragment of 2030 on supports. This poses a problem in many events, as the party would then be unable to equip as many event CEs, or bring as many event bonus Servants.

Gorgon has a very low HP stat for a 4-star Servant, and although Guts allows her to survive a deadly situation, she is rather bad at staying alive in harder/longer fights as she has no other defensive measure.

While Gorgon is extremely effective against Rules and Berserkers, she has no class advantage against any of the other classes. Lacking the bonus of class advantage damage means that her AoE NP will often feel rather underwhelming, which makes her less desirable for quick farming runs.

Monstrous Strength A+ is Gorgon’s least situational skill, and should be leveled first. After that follows Demonic Mutation B, as it will be her main source of damage in proper critical setups. Mystic Eyes A++, while very powerful, should be maxed last, but if Gorgon is to be used extensively, it is recommended to max all three skills.

Gorgon’s Craft Essence choices are generally aimed to patch up her low star absorption, or amplify her strengths if the team is able to produce a sufficient amount of critical stars. These picks generally revolve around Critical Absorption Up, Buster Performance Up, and Starting NP effects.