Community Posts with Keyword Kiyohime All 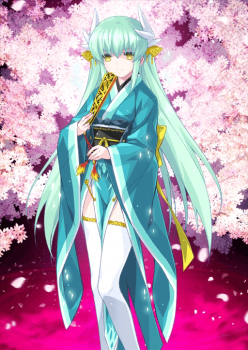 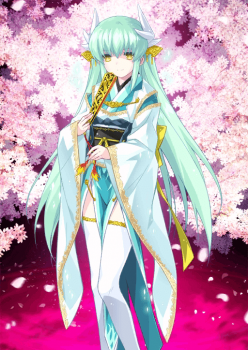 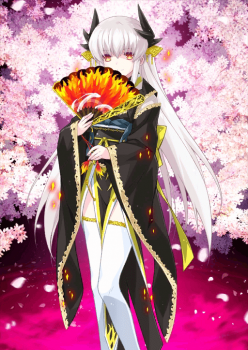 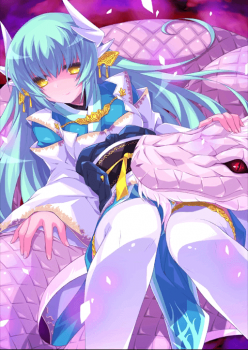 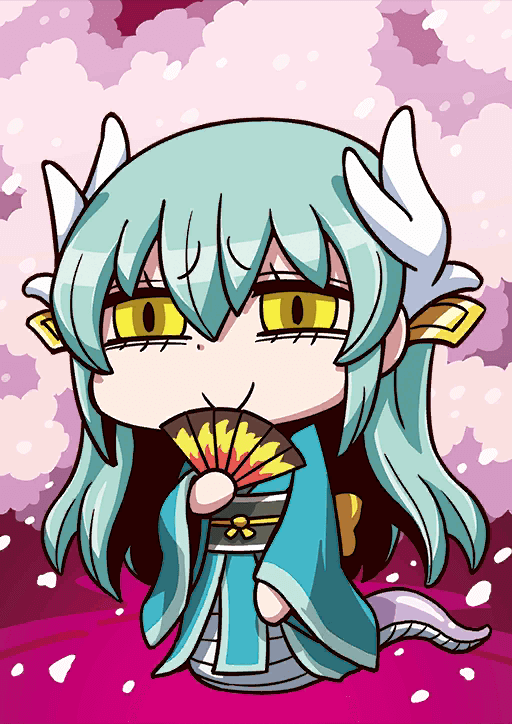 DEF Down Enemy ATK Up [Demerit]

Self Buster Up Self Debuff Clear

Increase own DEF (3 turns).
Inflict Burn Damage Up to all enemies (5 turns).

Unlocks after Rank Up 2

Unlocks after Rank Up 1

When equipped on Kiyohime,
Increase own NP Strength by 30%.
30% Chance to inflict 500 damage Burn (5 turns) when attacking.

“Yes, I will faithfully serve you, Master. ...As long as you do not lie to me that is.”

A woman that claims to live for love, Kiyohime is motivated neither by ambition nor loyalty, but by obsession, which is so strong it causes her to manifest in the Berserker class. Kiyohime’s role is primarily defined by her strong AoE NP, though she also gains a couple of utility functions through her Rank Up upgrades.

Despite having relatively low ATK as well as an unupgraded NP, Kiyohime’s Berserker class, easy NP leveling, Madness Enhancement EX, and multiple damage buffs allow her to match the AoE damage output of other low rarity Berserkers. Unlike her peers though, Kiyohime has an extraordinarily high base NP Gain, which can be used to jumpstart her NP Gain with smart card chains.  In addition, she possesses several utility tools, namely Flame-Colored Kiss’s self-debuff removal as well as her NP’s AoE Stun chance and Burn effect, the latter of which is improved after Morph’s upgrade into Shapeshift (Fire Dragon) adds Burn Amplification. Lastly, Morph/Shapeshift’s primary effect increases Kiyohime’s defense, which mitigates the fragility of her Berserker class, albeit only slightly.

Kiyohime’s biggest weakness is the inconsistent nature of her NP gain caused by her triple Buster deck, which causes a problem as she lacks other major damage dealing avenues outside of her NP turn. She also has no hard defensive skill, which leaves her rather vulnerable towards the NPs, focus fire and critical damage of even normal mobs. Furthermore, Stalking’s demerit increases the enemy’s attack, which, while of no consequence if the target is eliminated directly, may be troublesome when fighting high-health enemies. It should also be noted that the skill’s defense down only hits one target, which means that Kiyohime’s NP doesn’t deal as much damage as some of her peers to unaffected enemies.

All in all, Kiyohime is a fairly straightforward Servant who relies on her NP and high base NP Gain to stand out from her competition. As one of the staple lowstar AoE Berserkers, her usage in farming is undeniable, although her viability in difficult quests suffers from the lack of variety in her damage dealing methods.

If played normally, Kiyohime does not have a particularly great NP Gain, but Masters can manipulate her high base NP Gain to charge her NP bar for more than most Berserkers can muster.

The main cause of this is that any chain that starts with an Arts card gains the full benefit of her 2.03%(!) base NP gain. As such, her ABQ, AQB, and ABB-chains are all among her best NP Gain chains given she has a very powerful 3-hit Extra card. It also means Kiyohime profits disproportionately from Arts chains with other Servants.

Yet, Masters need to be extra clever and memorize the damage of her cards as Overkill vastly improves the NP Gain of any Servant. If Overkill can be triggered early in the chain, an Axx-chain is ideal. If however, the mob can be given Overkill by first hitting it with 1-2 Buster cards, then a BBA-chain may still be advantageous.

Even at base skill levels, Kiyohime’s AoE damage is able to oneshot weaker mobs such as doors and hands, while her damage on any target affected by Stalking’s defense debuff is able to match even the output of Servants with proper class advantage. Furthermore, Stalking also allows her to deal more damage to the target through her basic attacks.

Kiyohime active NP Generation can be rather strong if Masters make full use of Overkill, Arts chains and Kiyohime’s 3-hit Extra chains. See the Gameplay Tip on advice on how to achieve this.

Kiyohime has a couple of utility tools at her disposal. Flame-Colored Kiss’ debuff cleansing ensures Kiyohime is not weighted down by any hefty debuffs, while her NP has a meager chance to inflict stun on all her targets. Furthermore, Kiyohime does employ multiple burn-related effects after her second Rank Up, which, while normally not enough to make a significant difference, can provide some Damage Over Time utility in high Defense Challenge Quests.

Thanks to Morph’s defense buff, Kiyohime is able to survive through a couple extra basic attacks, which is rather useful thanks to the skill’s high uptime. Unfortunately, however, her 3-star HP stat and Berserker class still makes her fairly vulnerable to critical hits.

Despite having good base gain, Kiyohime’s triple Buster deck makes her NP gain highly inconsistent as both a good NP Gain draw needs to be available as well as an opportunity to exploit Overkill (ideally). Even then, without the help of Starting NP Gauge CEs, she struggles to fire off a second NP unless the stage is sufficiently long.

With no Evasion, Guts or Invincibility skill to speak of, Kiyohime is especially vulnerable to harder-hitting attacks or Noble Phantasms, and she has to rely on defensive supports or Master skills if she is to survive one.

Stalking’s demerit indirectly decreases the team’s survivability, especially if the buff is allowed to last for its full 3 turns duration. This becomes more noticeable when fighting more powerful bosses with high base damage, which makes using Stalking highly dangerous.

Kiyohime’s NP is capable of killing her primary targets (hands and doors) even at base level, as long as she is at max level and max Fou’d, and in this case, her skills may be left at lower levels. On the other hand, if her NP is to be used against higher-health mobs, both Flame-Colored Kiss and Stalking should be leveled.

Starting NP Gauge CEs are easily Kiyohime’s best choice, given her farming role and her limited opportunities to fully exploit her NP Gain. Hybrid versions are also usable, especially if NP charging supports are brought along or if the stage is a bit longer. CEs outside of these are not generally recommended, though NP Damage Up, Attack Up and Buster Performance Up ones may all be used for their raw damage increase.