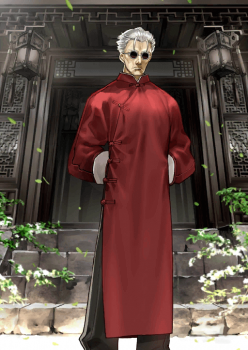 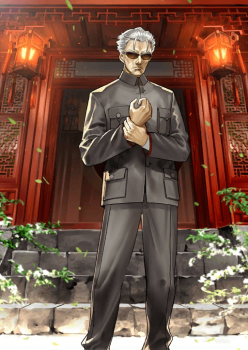 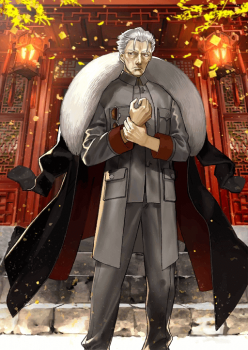 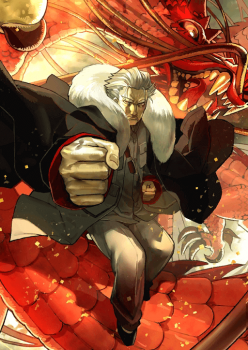 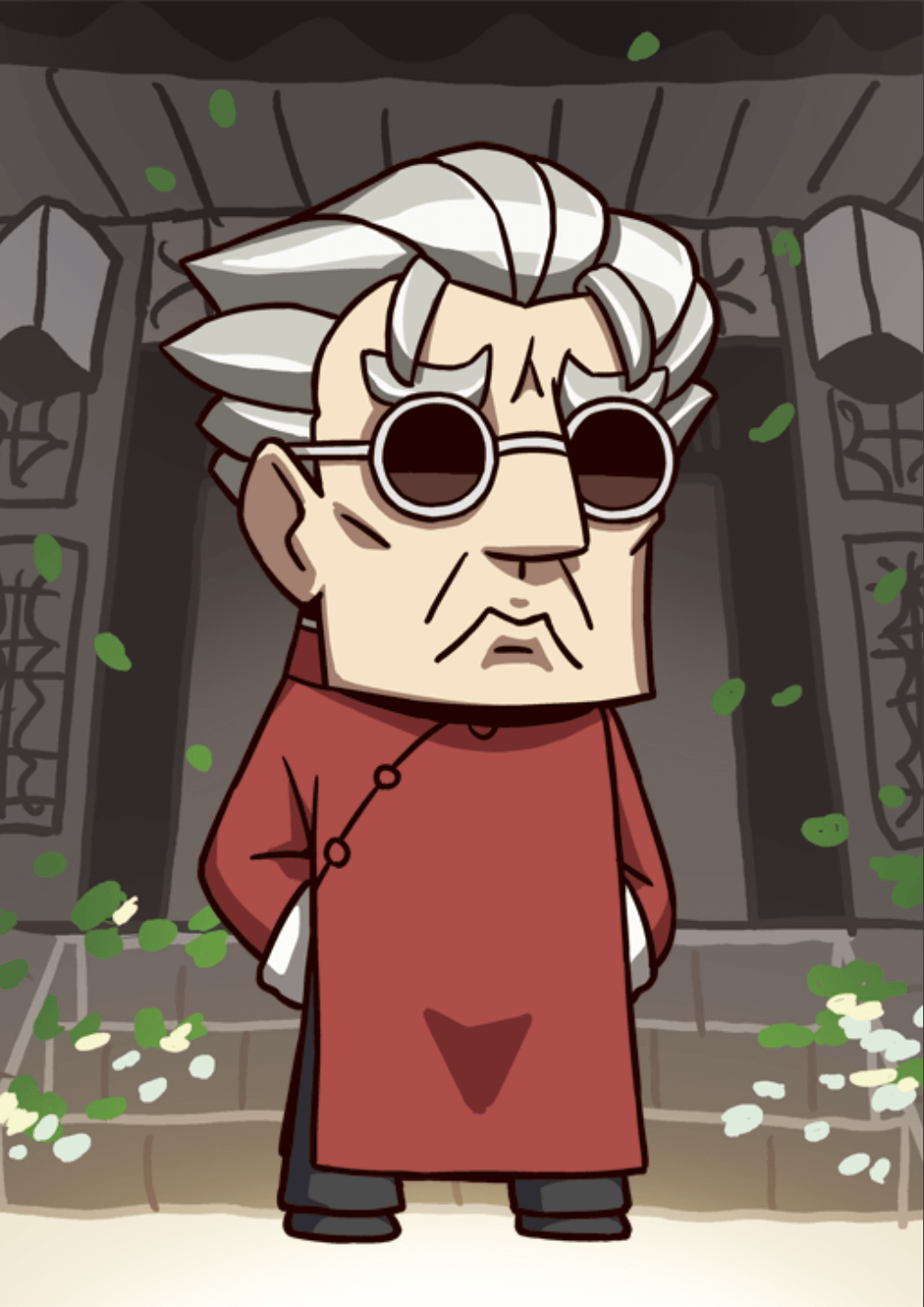 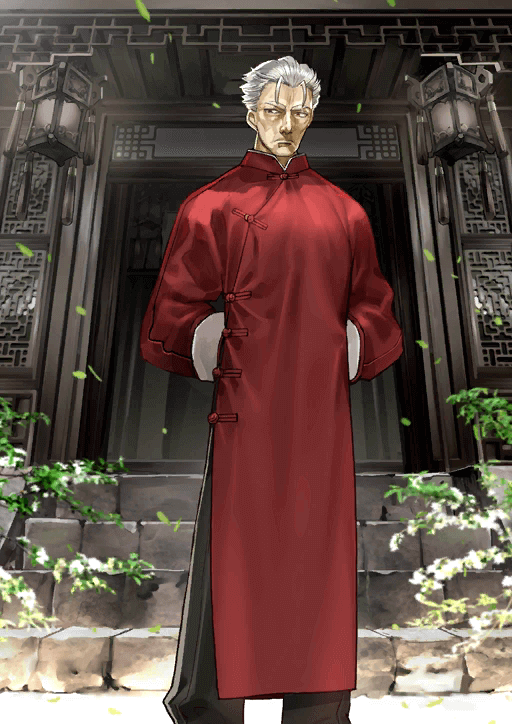 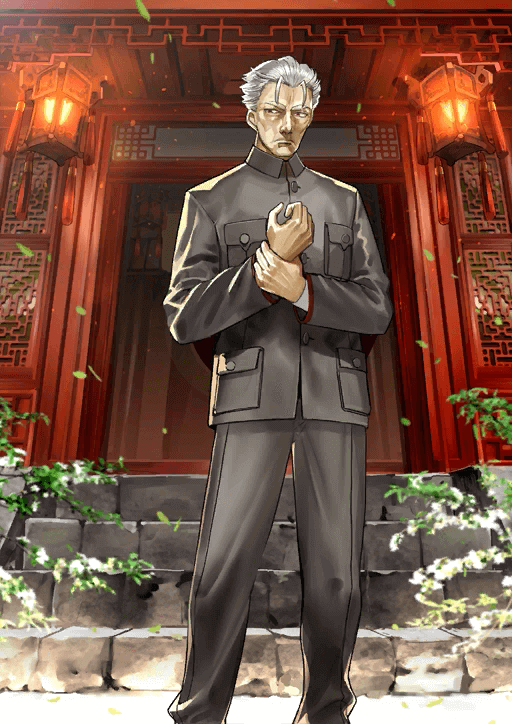 Intersection of Yin-Yang B

When equipped on Li Shuwen (Assassin) ,
Increase all allies' Arts Card effectiveness by 10% and Critical Damage by 15% when he is on the field.

“One strike, that will suffice.”

The elderly form of Li Shuwen, despite his age, is no less dangerous than his younger Lancer version. Indeed, it can be said that his martial art skills reached its zenith in his advanced age, the killer fists and techniques having been honed continuously for an entire life. Li Shuwen (Assassin) is a single-target NP Arts damage dealer who also deals heavy critical burst damage, befitting his NP’s name Wu Er Da — in other words, ‘No Second Strike’.

While the NP name implies an all-powerful technique, its damage is ‘only’ respectable before its upgrade, boosted by Intersection of Yin-Yang and the NP’s own defense debuff (which is applied before damage). Li’s critical damage capabilities complement it well, giving him access to powerful burst turns; the two can also be employed separately to increase damage dealing flexibility. Another notable point is the QAABB deck, which combined with his Arts NP, allows Li Shuwen to generate NP at a respectable rate through Arts chains. Rounding up Li’s kit are various defensive and utility tools, most notable of which are Invincibility Ignore from Chinese Martial Arts (Bajiquan) and Evasion from Sphere Boundary (Extreme).

Li’s primary limitation is that his interlocked offensive buffs are spread across his skills, forcing him to use them together for maximum effectiveness. As his defensive/utility tools are lumped together with said offensive effects, it means that one of the two will often be used in a non-optimal manner. Secondly, despite his Arts-leaning deck, Li’s NP only has a single hit, making him less suited for NP refunding.

All in all, Li Shuwen’s skillset provides a solid basis for his offensive performance, which is greatly improved upon his NP’s upgrade. While his limitations prevent him from truly being a top tier damage dealer, Li Shuwen (Assassin) is, by all means, a capable Servant whose fists are sure to deal killing blows to his enemies.

With respectable NP damage and powerful critical hits, Li Shuwen’s greatest strength comes from the damage he is capable of pulling off within the space of a single turn, be it in the form of an NP Brave Chain or a critical Brave Chain. This capability is further boosted through his NP upgrade, which truly allows Wu Er Da to live up to its name of ‘No Second Strike’.

Li Shuwen’s critical damage buff lasts for only a single turn, but with his second skill’s instant Star Generation and Star Gather Rate Up, Li has the freedom of choosing his critical turn, allowing for his burst damage to be used on the enemies with surgical precision.

While these are less prevalent compared to the previous two strengths, they do provide Li with an advantage when the situation calls for it. The Evasion in particular can be very powerful with the right timing (i.e. when Li also gains maximum benefit from the skill’s critical aspects).

Both Li’s offensive and defensive/utility effects are spread out across his three skills, which often results in a dilemma where using a skill for offensive purposes reduces the usefulness of its utility/defensive aspect, vice versa. This is especially notable in the case of Li’s second skill, with the powerful Evasion conflicting against Star Gather Rate Up and instant critical star generation, the latter two of which are also desirable to use in conjunction with his first skill.

Despite possessing three Arts cards (two from his deck and one being his NP), Li’s single-hit NP greatly reduces his NP refund potential, which puts him in a somewhat unfavorable position compared to his alternatives. Fortunately, Li Shuwen’s critical affinity does help him a bit in this regard.

Due to Li Shuwen’s bursty nature, it’s recommended to gain as many levels on his skills as possible to maximize their overall uptime. It is particularly desirable to let his second skill have as close a cooldown as possible to the first, as they will most often be used on the same turn.

Having no NP Charge skill to speak of, Starting NP Gauge CEs are recommended for Li Shuwen (Assassin), while Arts Performance Up is his best friend in terms of direct offensive effects. Li also fares quite well with NP Damage Up, Attack Up and Star Gather Rate Up CEs.