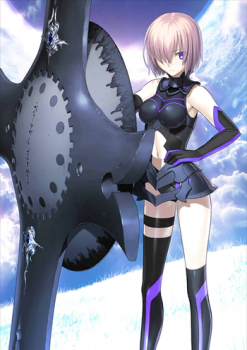 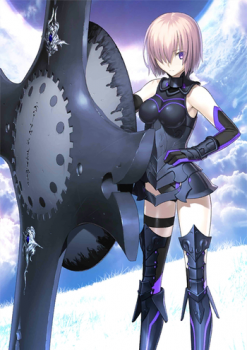 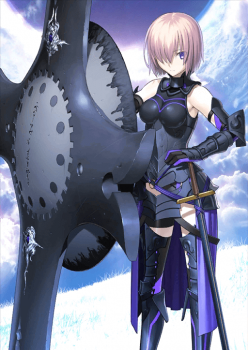 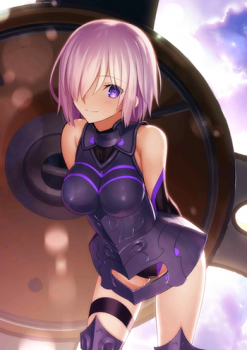 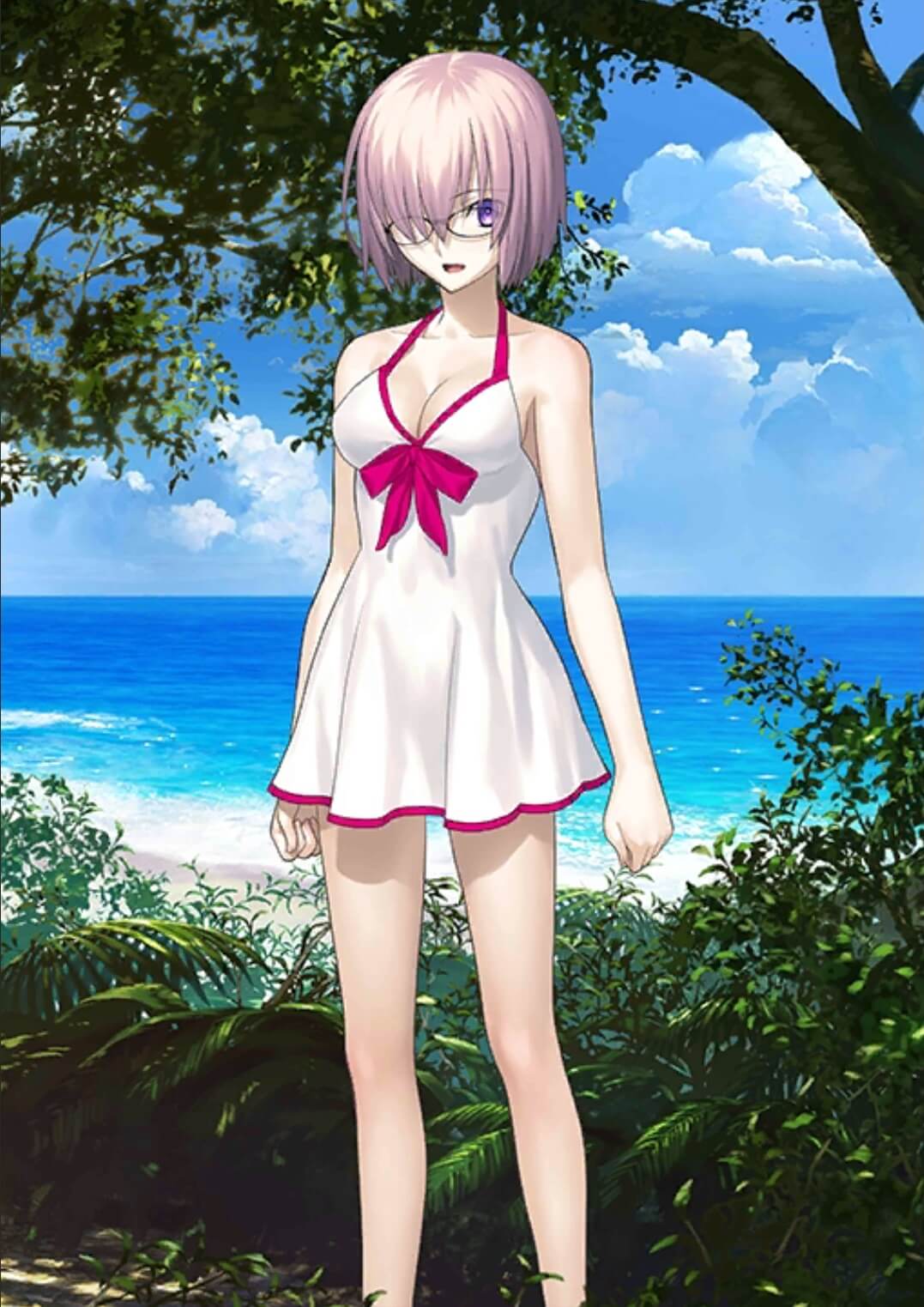 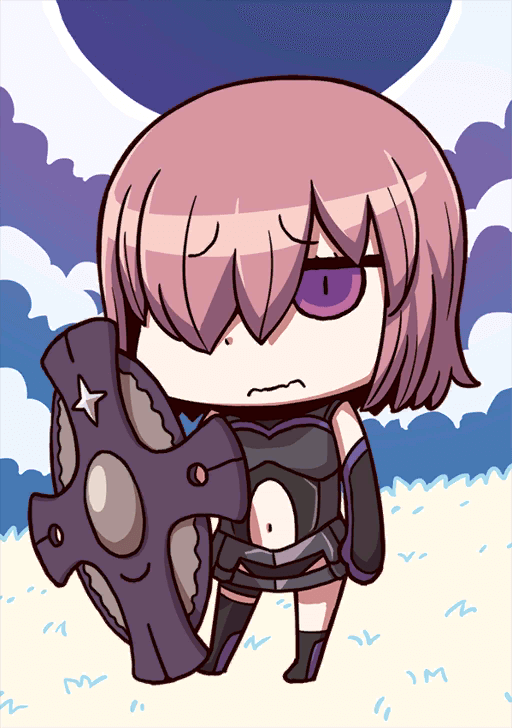 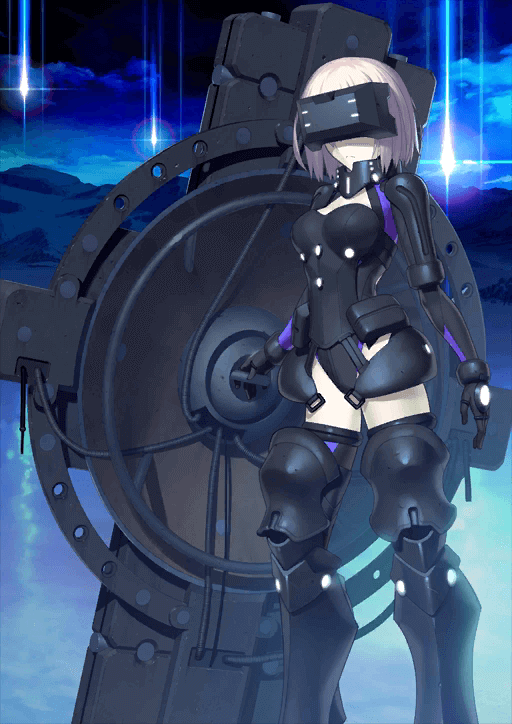 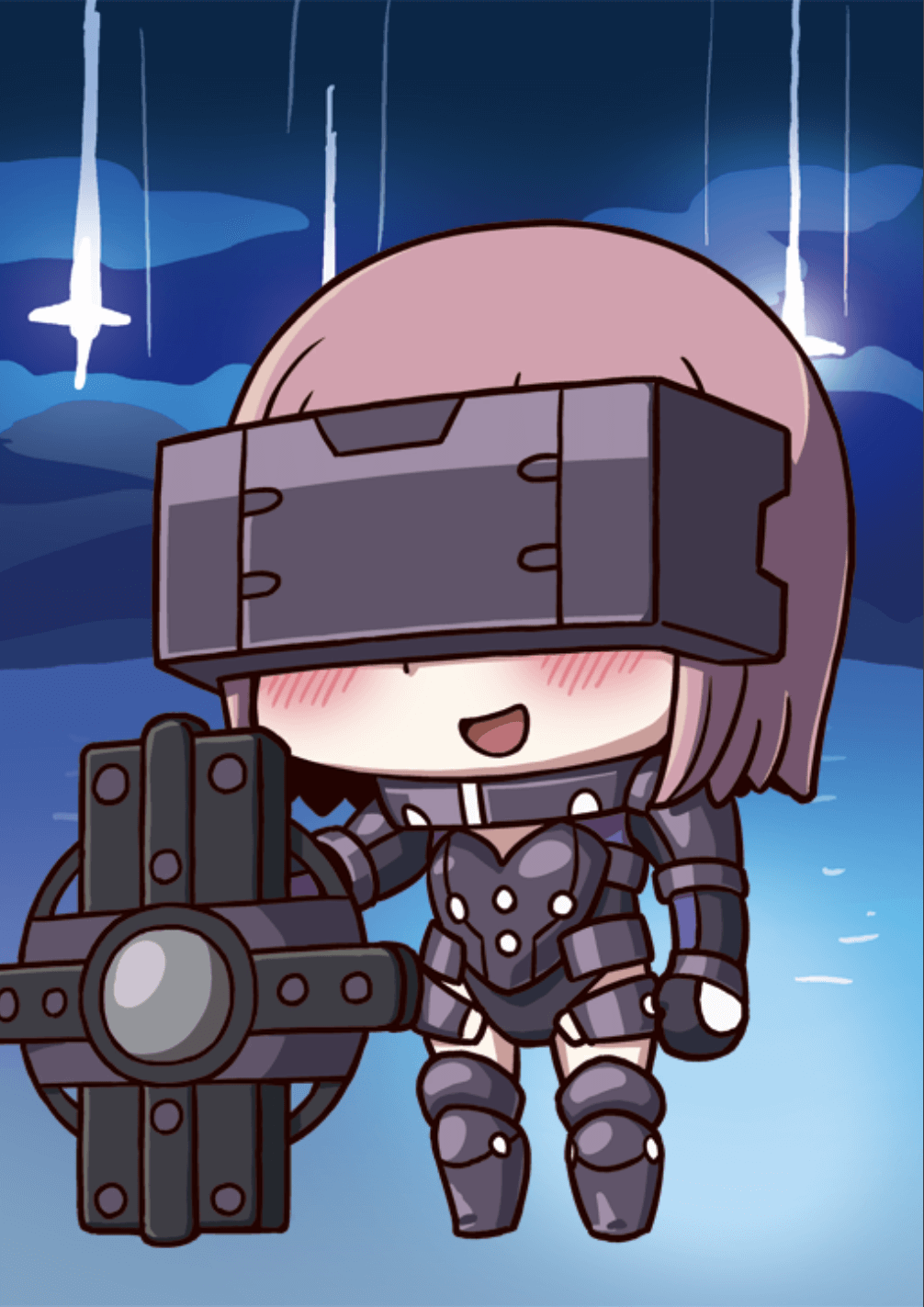 Apply Invincible to an ally (1 turn).
Increase NP Gauge for an ally.

Apply Target Focus to self (1 turn).
Increase own NP Gauge.

Castle of the Distant Utopia

Your very first Servant and most prominent partner in the story, Mash leaps into battle with shield at hand, ready to defend Chaldea from any danger. With a balanced, Arts-leaning deck, and a skill set which lends itself to defensive or stalling strategies, Mash can slot into just about any team due to her universally useful defensive utility.

Although she starts the game as a 3★ Servant, with Ascension and some skills locked for story reasons, once her powers reach their height she becomes a well-rounded utility tank. Mash can use her good bulk, defense-oriented skills, and her lack of any class weakness to shield frailer Servants in every situation- at the cost of having little to no offensive presence. Her unique party cost of 0 opens up countless options for team composition and higher-ranked Craft Essences that costlier defensive options would have to forego.

One of the biggest draws for using Mash is that unlike many other defensive Servants, both her first skill and her NP apply large defense buffs to the entire team. As if that weren’t enough, she also possesses one of the few targetable invulnerability skills in the game. Combined with her taunt, she can easily tank single-target Noble Phantasms and walk away without a scratch. Unfortunately, due to the nature of her buffs, Mash is very susceptible to enemies with the ability to ignore defense, so it’s important to keep an eye out for them.

Despite being primarily a defensive character, Mash possesses two useful tools for assisting damage dealers; her upgraded NP gives her two allies a substantial attack buff, and her second skill can be used to feed any ally 20% NP charge in a pinch.

Mash is the only Servant in the entire game who takes neutral damage from every single enemy, making her the prime defensive option when facing Berserkers, as well as for fights with a variety of enemy classes. This forms a key part of her ability to fit into just about any team for any fight where she’s needed.

With her double Arts deck and an Arts NP, Mash can easily form Arts chains with allies. When her taunt is up, however, Mash gains absurd amounts of NP charge; a maxed Shield of Rousing Resolution will give Mash a ridiculous 500% NP generation when attacking for one turn.

Despite the defensive perk of being neutral to every class, Mash conversely doesn’t gain defensive bonuses against anyone, meaning for single-class nodes she may not be ideal. Though her attack stat is fairly average, without class advantage  her cards will deal below-average damage. Essentially, she is relegated to being a defense and support unit with very little in the way of direct offense, while her cards are usually only chosen to fill out chains or grant first-card bonus unless her taunt is active.

The discussion of Mash’s strong skill set and NP is mostly geared towards the long run; unfortunately, Mash begins the game without her useful third skill or any upgrades to her other skills, and even her ascensions are gated by completing story content. It’s worth noting that even with her pre-buffed kit, her 0 party cost still makes her an effective choice for teams in the early game when costs are more constrained for low-level masters.

As the majority of Mash’s value in battle comes from her skills and her NP, a priority should be placed on Craft Essences that passively empower her or her allies, and don’t require you to use her comparatively lackluster basic cards. Therefore, Passive NP Gain, Passive Critical Star Generation, Starting NP Gauge, additional Defense Up, CEs that activate on Entry, Taunt CEs, or Event Craft Essences are optimal choices.

This is Chaldea staff, Mash Kyrielight.
After her Possessive Fusion with a Servant, she's called a Demi-Servant.

[Lord Camelot]
Rank: B+++
NP Type: Anti-Evil
Castle of the Distant Utopia.
Noble Phantasm of the Heroic Spirit Galahad.
It's an ultimate defense, utilizing the table located in the center of Camelot, where the Knights of the Round Table used to gather.
Its strength is proportional to the user's heart. As long as the heart does not falter, nor shall this wall of defense.

Territory Defense: C
A power manifested to protect allies and ally territory.
Applies damage reduction beyond defensive limits, but she is excluded from the effect's target.
The higher the rank is, the larger the defensive area increases.

Clear "Feet on the Ground, Eyes on the Stars"

Succeed Phantasm: ?
A special skill usable by Demi-Servants.
The user can succeed one skill from the possessed Heroic Spirit, and then make it into the user's own skill.
In the case of Mash, the skill is "Magical Defense."
Similar with "Mana Burst", the user transforms magical energy into defensive ability.
If it's a Heroic Spirit with tremendous amount of magical energy, it's possible to create a wall protecting an entire nation.

Mash has acquired the True Name of the Heroic Spirit who possessed her.
The name of that knight is Galahad, one of the Knights of the Round Table in Arthurian Legend.
A saint who was the one person to acquire the Holy Grail, and return it to heaven.
Chaldea used a special method to summon him as a Heroic Spirit.
The core that made this possible was the catalyst used to summon him, "the place where heroes gather" - the shield that Mash holds that uses the Round Table.

After passing through the seven Singularities, and overcoming many battles, she has become a proper human being, and a full-fledged Servant.

The virtual Noble Phantasm, Lord Chaldeas, the True Name of which she is still unable to learn, is the wish that exists at the bottom of her heart. The wish to "see the future of humanity."

...The battle to stop the Incineration of Humanity will soon end.
But what will be the conclusion of her journey?
The Beast of the Stars silently watches over her.

Starting Servant - Available at the start of the game. Cannot be burned or used for EXP.
Past Banners