Community Posts with Keyword Medea All 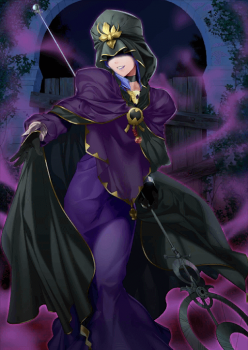 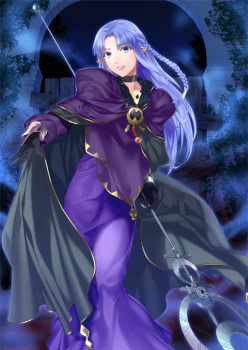 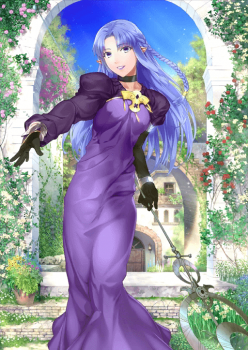 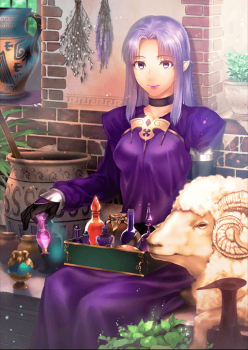 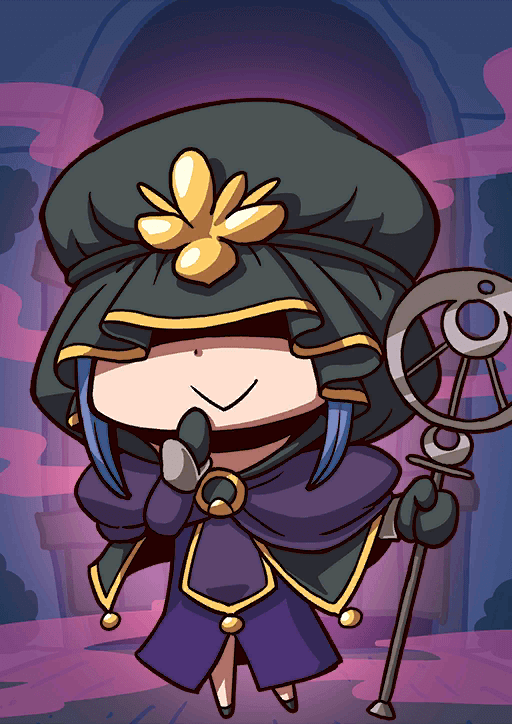 Rapid Words of Divine A

Recovers own HP by Loving the Skin.

Remove debuffs from an ally.
Increase NP Gain for an ally (1 turn).

Restore NP Gauge to yourself.

All Spells Must Be Broken

Restore NP Gauge to yourself.

All Spells Must Be Broken

When equipped on Medea,
Increase Party's Arts Card performance by 15% while she's on the field.

“All I know I learned directly from the goddess Hecate herself. My spells are on a plane of existence higher than yours.”

Given a second chance at life, the Witch of Betrayal commands her unparalleled magical abilities in service of Chaldea to prove her loyalty. Wielding her signature Noble Phantasm Rule Breaker, Medea is a utility damage dealer best defined by her ability to remove an enemy’s buffs on demand, making her one of the most useful Servants in gimmick-heavy fights.

While Rule Breaker’s buff removal is by no means a unique effect, Rapid Words of Divine is what truly sets Medea apart from her competitors. At a mere level 4, Rapid Words allows a full charge of her NP gauge with no external help. Additionally, Medea’s NP also refunds some NP gauge on Overcharge. With her triple Arts deck, Territory Creation’s Arts performance up, and Circe’s Teaching’s NP gain buff, she is able to charge back her NP exceedingly fast, even allowing back-to-back NPs in certain situations. While Circe’s Teaching’s targetable NP gain boost is useful for Medea herself, the skill also removes all debuffs on its target, giving Medea valuable cleansing utility for her allies when needed. Finally, Argon Coin rounds out her kit as a low-cooldown heal, adding some extent of long-term sustain to her arsenal.

Despite her considerable magical might, the Princess of Colchis falters in some areas. In exchange for Medea’s extraordinary NP charging prowess, Rule Breaker has a damage modifier considerably below that of other single-target NPs, even after its upgrade. With no damage boosting skills to make up for this, Medea is forced to rely on external support in order to deal meaningful damage. Her second major weakness is her lack of any hard defensive measure, which coupled with her 3 Star HP stat makes it relatively easy for enemies to eliminate her.

Medea is able to spam her NP very reliably, allowing her to perform her buff removal task very well while also dealing a steady rate of decent single-target damage. While Medea’s weaknesses force her to rely on external support in a lot of aspects, she is still a highly valuable utility pick, especially for quests featuring a lot of pesky buffs.

Rule Breaker’s buff removal occurs after its the damage has been dealt. As such, it won’t itself deal damage to enemies with Invincibility/Evasion, but subsequent attacks will. Additionally, if Rule Breaker manages to kill the target, it will also fail to remove any effects activating on death..

Buff removal tools are extremely important in a lot of difficult quests, and as Medea is able to use Rule Breaker on the very first turn, she is easily one of the best, and most accessible, options for this role. As a nifty byproduct, this instant NP property also grants Medea independence from Starting NP Gauge CEs, allowing her to freely use stronger damage boosting CEs as well as event CEs.

With a triple Arts deck, Territory Creation, and potentially an NP gain buff, Medea sports a rather impressive NP gain. Due to Rule Breaker’s NP charge refund, Medea’s ability to unleash it early also jumpstarts her NP-spamming capability, especially as the instant Arts NP also gives her an easier time in forming NP Arts Brave chains. Under the right setup, she is even able to potentially perform back-to-back NPs, another advantage she has over her competitors.

Circe’s Teaching adds another layer to Medea’s utility, allowing her to remove debuffs from a given ally while also supporting them by boosting their NP generation. Debuff cleansing is especially powerful during difficult content where enemy debuffs can be incredibly debilitating. Masters need to choose carefully whether to use Circe’s Teaching primarily for its cleansing ability or its ability to boost NP generation.

The combination of a subpar NP multiplier, the Caster-class 0.9x damage modifier, and the lack of any damage steroid severely limits Medea’s damage output despite her NP spam capability. While the aid of damage-boosting CEs and supports generally allows Medea to reach the required damage benchmarks against Assassins, she still takes more time to eliminate enemies compared to her competitors.

While Argon Coin’s heal is on a rather short cooldown, Medea has no way to delay or block incoming attacks. This makes her extremely susceptible to large bursts of damage. In more difficult stages (especially against non-Assassin Opponents), enemy NPs and stray criticals may be able to eliminate Medea before she gets a chance to heal.

Medea is one of the few Servants who don’t need a lot of investment in order to fulfill her main task properly. The only mandatory aspect of her skill leveling is Rapid Words of Divine, which needs to be at least level 4 in order to enable her instant NP. Nevertheless, having all of Medea’s skills maxed makes her performance far smoother, and the cooldown reductions are particularly useful for longer fights.

Thanks to Medea’s instant NP gimmick, her CE picks are incredibly flexible, and she is generally able to pick the strongest scaling CEs without much drawback. NP Damage Up CEs are by far her best choice due to their higher modifier, although Arts Performance Up is a decent alternative. NP Gain Up also works well in combination with common Arts supports. Other than these CEs, Medea is also an excellent choice to equip event CEs on, as her main task can be performed independent of CE choice.

The daughter of King Aeetes, holder of the Golden Fleece, she was taught Magecraft by the moon goddess Hecate.
Taken from her country by the hero Jason, after a long, aimless journey, she was branded the Witch of Betrayal and left this world.

A female Mage that conceals her face with a robe.
Cold-hearted and cruel, she will do anything to attain her goal.
In every sense, a truly evil woman who excels at cunning strategies.
The tragic and cruel fate she endured turned her this way.
After countless betrayals by those around her, she fell to a place where this time, it's her time to betray.

[Rule Breaker]
Rank: C
NP Type: Anti-Magecraft
All Spells Must Be Broken.
A Noble Phantasm which conceptualizes her life as the Witch Medea.
A dagger that nullifies all effects created by Magecraft, despite whether such an effect is an enchantment, a relationship formed through contact, or even life created through magical energy.

Territory Creation: A
Item Construction: A
Rapid Words of Divine: A
All skills required to be a successful Mage are A-ranked.
She does not have any significant achievements in the age of gods, so she suffers from a low reputation.
But she's an accomplished Mage nonetheless.

By spending a little time with her, anyone could tell that she was a princess that knew very little about the world.
But because she was royalty she has proper manners and opinions.
This is seen in acts like claiming ownership of the humans in a town, much like a villain, but never going so far as taking their lives.

She was originally an innocent talented girl who would do whatever she could for the person she loved.
But people she loved ran away after she became affectionate, and now she is now traumatized and withdrawn.
She's weak to sincere people.