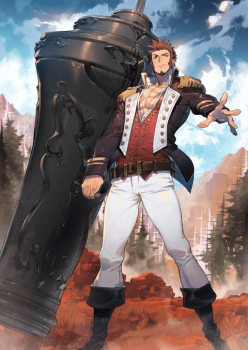 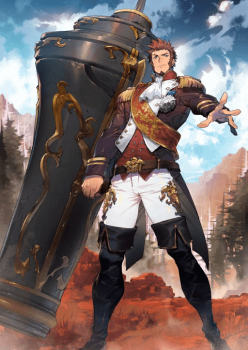 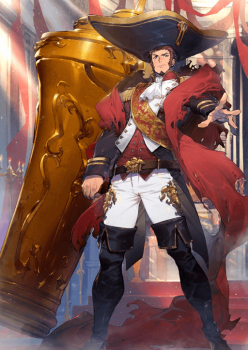 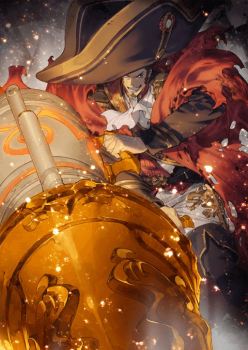 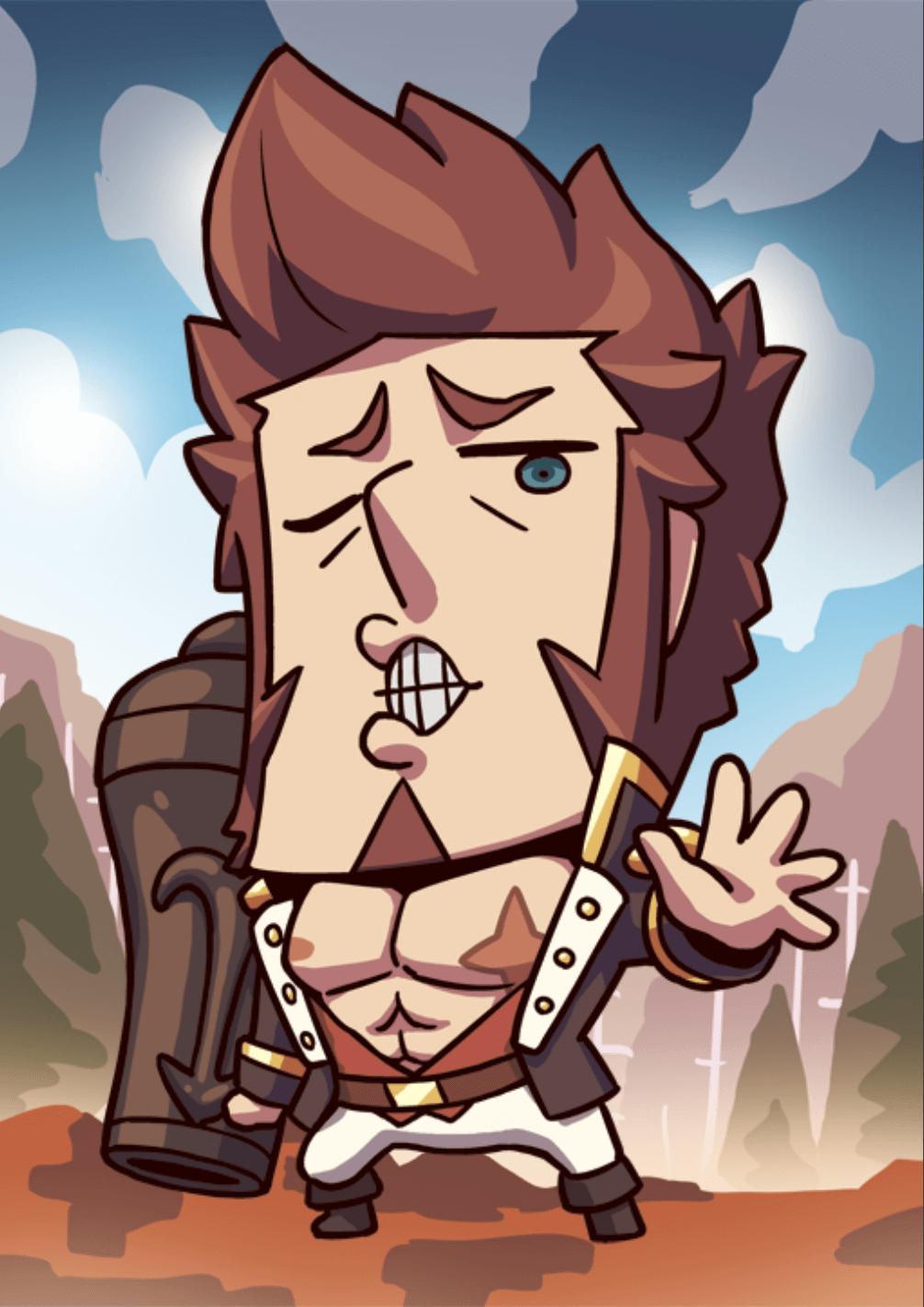 Charisma of Triumphant Return B

Light of Possibility B

Apply Ignores Defense for yourself (1 turn). [Activates first]
Deal damage to all enemies.

The Iridescent (Rain)Bow that Signals His Triumphal Return Sonorously

The Iridescent (Rain)Bow that Signals His Triumphal Return Sonorously

When equipped on Napoleon,
Increases Party's Buster Card effectiveness and NP Strength by 10% when he is on the field.

Sometimes a Servant is an accurate representation of their real life counterpart. Other times, they are like Napoleon, a massive 6’2 (189 cm) Archer Servant who is nothing like the French general who almost took over Europe. Sporting his giant cannon, Napoleon serves as a powerful AoE Buster anti-Divine force who doesn’t care about anyone’s pesky little invincibility skill.

As a Servant, Napoleon serves as an all around powerhouse who both rallies his party to victory and can provide general damage himself. Both Charisma of Triumphant Return B and Firepower Support (Cannon) B+ boost general damage for the party via a 3-turn attack up and a 1-turn NP Strength up, allowing for his teammates to shine. He also can provide decent critical support, offering a hefty Critical Star drop rate buff for a turn to his allies and passively generating 10 stars of his own with Light of Possibility B. But his real chance to shine comes when he unleashes his Noble Phantasm with multiple boosts, including an additional 20% attack on Charisma of Triumphant Return, and supereffective damage against Divine Enemies. Once he unleashes this, there will be no stopping him as he has an Ignore Invincibility on Light of Possibility, and his Noble Phantasm ignores defense.

However, all great leaders have their flaws, and Napoleon’s deadly march into Russia is no exception. With rather low HP for his rarity, and no hard survival skills, he lacks in durability making his cannon seem more like it was made of glass. Further, he has rather moderate Noble Phantasm Gauge gain making him slightly more difficult to max out, although this is partially compensated for by a 30% battery on Light of Possibility.

Napoleon works as a generally available 5-star Archer who is capable of destroying heavy Saber waves. Masters would find great use in making him either a primary damage dealer or a critical star support.

Napoleon provides quite a lot of damage support to his team, offering them a three-turn attack buff and a one-turn Noble Phantasm damage buff. By also providing them with a hefty sum of stars, Napoleon truly lives up to his name as a military leader.

Napoleon’s Buster Noble Phantasm not only provides decent AoE damage, but can also hit divine targets for bonus damage depending on his overcharge. All party-wide buffs also benefit himself, and he also gets a bonus 20% damage from his Charisma. Unfortunately, the Charisma only boosts him for 1 turn, and the rest of the party for 3, so to make full use of it one would need to use Napoleon’s cards on an earlier wave, or at an earlier stage in a harder encounter.

Napoleon’s best aspect is his consistency. No matter what the enemy has on them, be it defensive buffs, evasion, or invincibility, Napoleon has a counter for it. This allows him to deal the same amount of damage to enemies regardless of the fight, with a potential for more against Divine enemies. As an added bonus, his Noble Phantasm’s “Ignore DEF” buff lasts for one full turn, meaning any cards he uses after his Noble Phantasm will also ignore Defense.

With a high attack stat, Napoleon compensates with a lower HP stat making him a squishy target. He has no defensive buffs, no hard evasions, nor particularly anything to mitigate enemy damage. He will need outside protection from support to survive longer fights, or alternatively subscribe to the theory that the best defense is a good offense.

While Napoleon has a decent self charge, his hit counts and base gain rates are relatively low. While they are by no means terrible, it may be difficult to charge up his gauge fully without outside support or Craft Essences.

Unfortunately for Napoleon, the Archer Servant pool has many good options, and it is very hard for him to find his niche over other cheaper alternatives. He is still a good Servant in his own right, but outside of Divine enemies he has issues finding a spot he particularly shines in.

Napoleon’s skills all require a military commander’s level of decision making. Each skill in his kit has an effect which would benefit the party in general if deployed early, or an effect which would benefit Napoleon directly if saved until his Noble Phantasm turn. All skills will both benefit team damage and individual damage, and are best leveled up to prioritize gauge gain first.

As Napoleon has a 30% charge and a damaging Noble Phantasm, Hybrid Damage / Starting Gauge CEs are his best bet to maximize his potential. If one does not have the support to boost him the last 20-30%, Starting Gauge CEs can provide him an all-in one package to charge. If one primarily wants to use him for his Critical Star support skills, a Passive Star Regeneration CE could work wonders on him.