Community Posts with Keyword Nezha All 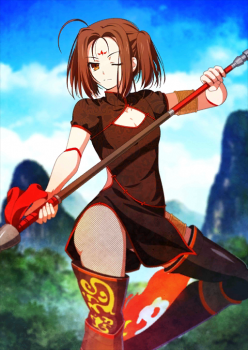 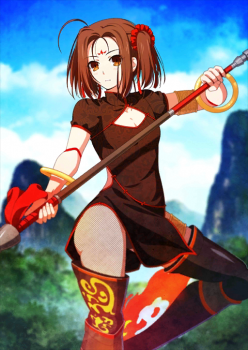 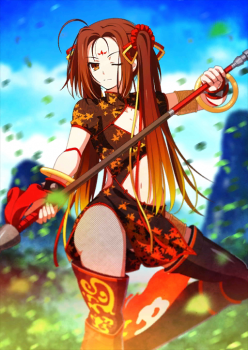 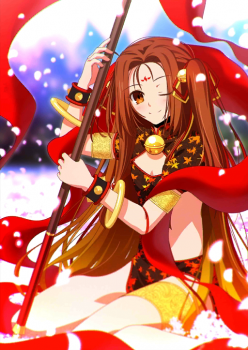 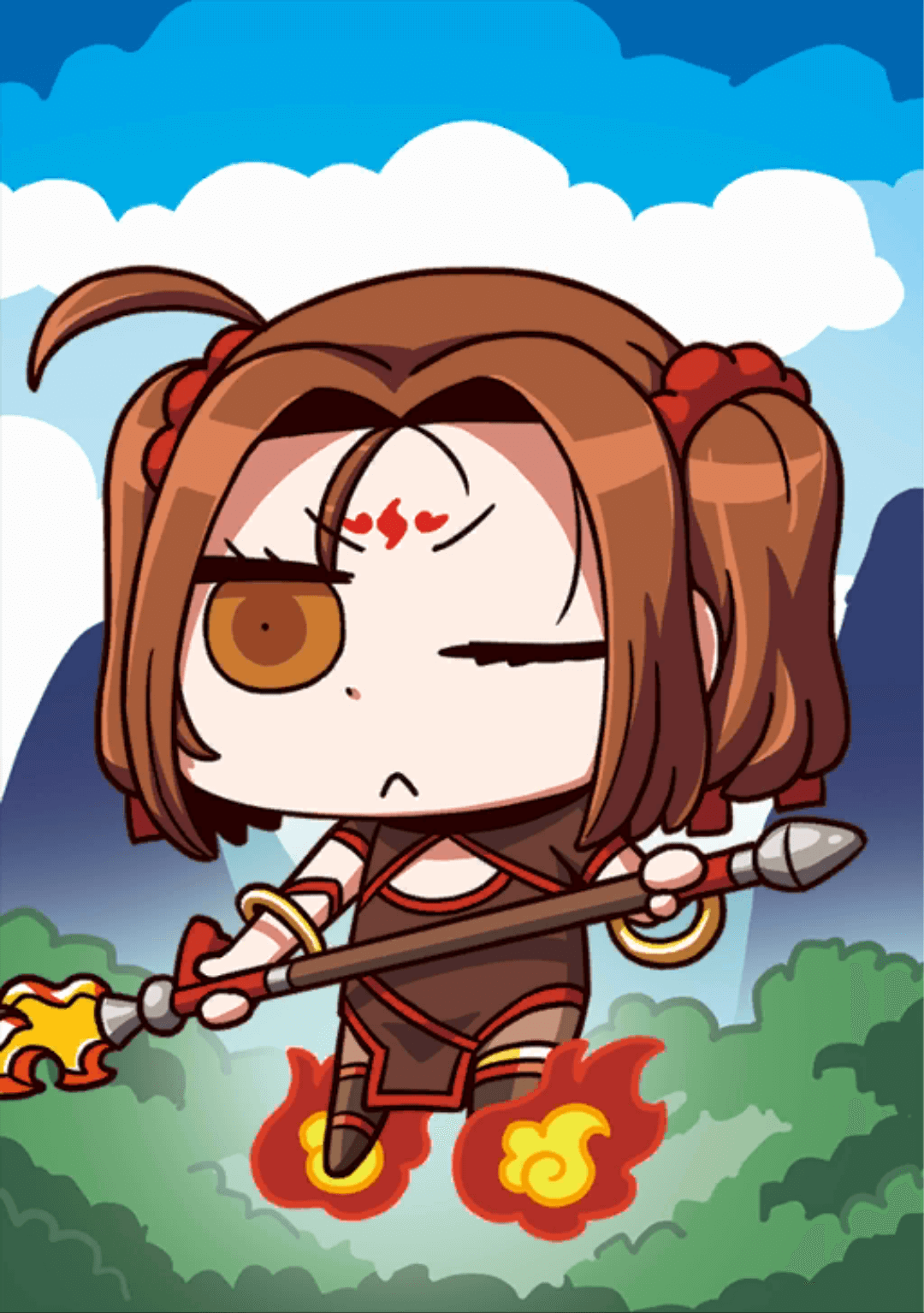 Self Star Gather Rate Up Self Debuff Clear

Protection of Tathagata B

Straddling the line between construct and humanity, Nezha’s fiery tempest protects her Master so they can live to see another manufacturing date birthday. In practice, Nezha is a Buster-based all-rounder who can unleash strong critical damage and charge her Buster NP for fast-paced farming sessions.

Nezha’s main offense is actually captured in the powerful skill Taoist Technique which combines a shared Buster/Quick Performance up with a sizeable Critical Damage steroid for 3 turns on a short cooldown. The stacked buffs are what grants Nezha her critical potential, especially as Protection of the Tathagata’s single turn of Star Gathering and self debuff cleansing will often ensure at least 1 turn of full critical damage. For her farming prowess, Nezha looks to Spirit Jewel which grants a crucial 20% NP Charge to top off her NP bar along with 5 turns of guts. As Masters do not need to sacrifice one role for the other, Nezha can easily fulfill both roles at once.

Unfortunately, that flexibility is also what harms Nezha the most in the broader scheme. With only her small Card Performance steroid and an NP Damage steroid on NP to draw on, Nezha’s NP Chihi Sourei - Kasensou deals rather mediocre damage compared to her AoE Lancer peers. In addition, actually charging that NP is fairly difficult as Nezha’s NP Gain on her BBAQQ deck is noticeably on the weaker side whenever Taoist Technique is down as well. Even keeping her alive can prove problematic on more difficult content, as her guts is often activated very early to charge her NP.

Ultimately, Nezha lacks a specialization in which she truly excels and is often outperformed by Servants that are more uniquely suited for the task at hand. Nonetheless, her NP Charge makes her a capable farmer, and new Masters will find her flexibility perfect until their roster fully develops.

The access to an NP Charge is one of the main steps towards becoming a strong farming Servant. With an up to 20% NP Charge on Spirit Jewel, albeit on a 7-turn cooldown, Nezha can neatly fill a slot as part of a farming team.

While the up to 30% Critical Damage Up on Taoist Technique may seem lackluster by itself, it stacks multiplicatively with Taoist Technique’s Quick and Buster Performance buffs. As these buffs all stack together for 3 turns, Masters can wait for an excellent card draw with which to unleash Protection of Tathagata’s 1-turn Star Gathering buff for a turn of good damage. Indeed, Masters can even use Nezha’s NP to start off the critical extravaganza with a Buster start.

Nezha’s greatest asset is that she can unleash her critical and farming potential without having to sacrifice in performance for either role. In addition, she has a debuff cleanse on a short cooldown to help out with various difficult content. This makes Nezha a great starter Servant for Masters without a varied roster, and she retains her farming role even as a Master’s roster expands.

With no NP Upgrade to her name, Nezha only has 2 smaller steroids to draw on for her NP Damage. While the NP Damage buff from her Overcharge scales very well with most supports, her lack of a strong Mana Burst-type buff makes her one of the lowest AoE NP Damage options for the Lancer class.

Some upsides do come with very heavy downsides as Nezha’s flexibility is also her greatest flaw. Her lack of a specialization in either her critical role or her farming role makes her one of the weaker options in either role, being readily outperformed by specialists as well as higher rarity generalist Lancers especially in terms of AoE NP Damage.

It is fortunate that Nezha can draw on a 20% NP Charge to patch up her otherwise rather weak base NP Gain, although it has a rather massive 7-turn cooldown at max rank. Only with her Taoist Technique active does her NP Gain catch up with the NP Gain performance of other Lancer Servants, and even then she is rather reliant on any Axx-chain with at least one Quick card (she can charge decently off her 3-hit Buster).

Nezha only has her Guts to draw on when it comes to her defenses, and that Guts is tied to a long cooldown with her ever-important and more highly prized NP Charge. In practice, she is thus often defenseless and will have to rely on her allies to keep her healthy.

While Nezha’s lack of focus makes it more difficult to justify completely maxing out all her skills compared to dedicated critical or farming specialists, Nezha improves tremendously if all her skills are maxed. Not only do her skills hit key benchmarks, but the shorter cooldown is a large improvement in her sustained offense. It’s best if Masters level her skills based on what they need most from her.

Masters need to decide ahead of time what part of Nezha’s kit they want to make use of the most. Either way, given Nezha’s mediocre NP Gain, Starting NP Gauge is always a strong option especially if combined with Attack Up (which stacks multiplicatively with everything she has). Otherwise, Masters are best-off mixing Buster Performance Up with a desired secondary effect for the role they desire, such as Critical Damage Up or NP Damage Up.

For the heavy farmers - looking ahead
For the masters who have near max or max skill & level rosters what are your plans…
Busti's Stall Diary Chapter #254: the two great blessings of Lady Reines Case Files
First we have Gray, the girl with the face of King Arthur __gray_fate_and_1_more_drawn…
Lady Reines's Case Files CQ thread
Since Barbatos died, the challenge quest is technically available, so here’s the CQ…
Friend List Anxiety
I have been playing since January and have never rolled the actual gacha after the…
Busti's Stall Diary Chapter #253: NNNNNNNNN
Because I cannot not post it 悪霊退散！悪霊退散！ 怨霊、ものの怪、困った時は ドーマン！ セーマン！ ドーマン！セーマン！…
Read More