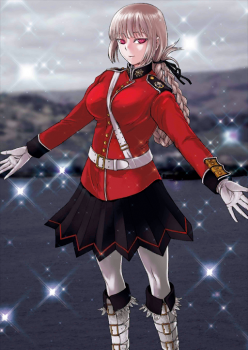 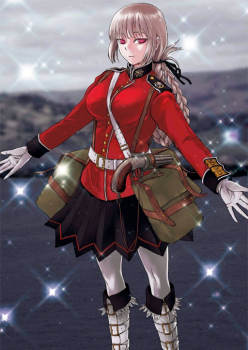 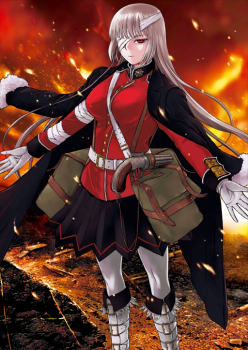 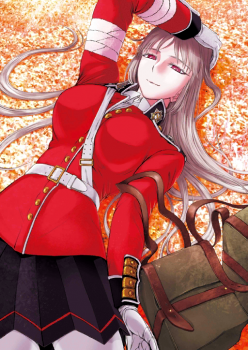 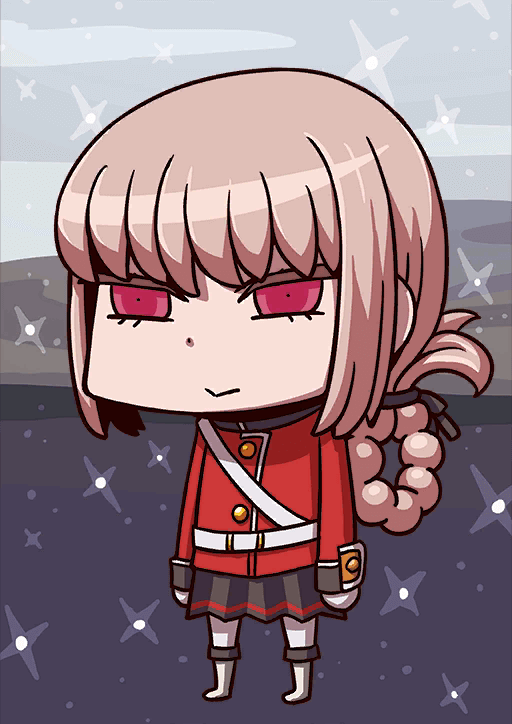 Nurse of Steel A

Nurse of Steel A+

Understanding of the Human Body A

I Will Abstain From Whatever Is Deleterious And Mischievous

I Will Abstain From Whatever Is Deleterious And Mischievous

IndomitablenessWhen equipped on Nightingale, Increase Buster Card effectiveness of all allies by 10% and increase Healing Received by 20% for all allies while she's on the field.

‘I’m here to save you. Even if that means taking your life!’

Florence Nightingale, the legendary nurse known as the Angel of the Crimea, sets up her clinic in Chaldea as an unusual support-focused Berserker. While she brings some tools to bolster her own damage and defenses, the majority of her kit is dedicated to healing, buffing, and cleansing allies, true to her nature.

Nightingale’s paradoxical combination of role and class means she occupies an odd place in most teams. Despite her typical Support statline of high HP and low ATK, she benefits from a high rank of Madness Enhancement, the Berserker 1.1x ATK modifier, and nigh-universal offensive class advantage. Combined with the anti-Humanoid damage provided by Understanding of the Human Body, Nightingale can deal very good damage with her basic attacks, at least to Humanoid enemies.

However, her true focus lies in her supportive capacity. Nightingale packs one of the strongest Buster buffs in the game in Angel’s Cry, allowing her to supercharge any Buster-focused damage dealer for 3 turns. In addition, her Nurse of Steel is one of the best targetable heals in the game, later granting valuable Debuff Immunity as well after her Rank Up. Her NP is her claim to fame: Nightingale Pledge not only heals the entire team and cleanses any debuffs, it hits all enemies with a heavy NP Damage Down debuff, plus a 50% ATK down post-Interlude.

Unfortunately for our good nurse, she has some glaring weaknesses. The primary problem Nightingale faces is that, despite her heals and her high HP stat, she remains a squishy Berserker. Often she can be taken from full health to dead in the span of a single turn, especially against enemies with high crit rates. This problem is compounded by the fact that Understanding of the Human Body’s ATK and DEF buffs only work against humanoid targets, leaving her far weaker against certain dangerous bosses. Last but not least, she faces stiff competition in her respective niches of sustain and Buster support, leaving her rarely the optimal choice to fill a gap in teams.

All in all, the Angel of the Crimea is a potent supportive force on the battlefield, keeping her team healthy and strong - if she can stay alive herself.

Between her low-cooldown targeted heal and her partywide heal and debuff cleanse, Nightingale is able to provide strong burst healing for any allies on death’s door. Post-Rank Up, Nurse of Steel also grants 3-time Debuff Immunity for 3 turns on top of the targetable heal, allowing the affected target to bypass some of the most devastating debuffs in Challenge Quests.

Nightingale has one of the most powerful NP Down debuffs in the game on her NP, and it scales with Overcharge. At 500% Overcharge, she can actually debuff an enemy’s NP damage by 100% for 1 turn. Even at lower Overcharge levels, she can greatly reduce the damage an enemy NP can deal, which becomes even more noticeable post-interlude when her NP also reduces the enemy’s ATK by 50%. This allows her to serve as a powerful counter to dangerous enemies who remove buffs before dealing damage, such as Amakusa Shirou.

The combination of several factors (Berserker damage modifier, Anti-Humanoid damage buff, Madness Enhancement EX) allows Nightingale to deal much more damage than most competing Supports, especially given her generally constant offensive class advantage. In addition, Nightingale’s Command Cards are quite decent all-around, with strong Busters, decent NP gain on her Arts cards, and excellent Quick and Extra cards, both of which will generate good NP charge and decent Critical Stars.

Nightingale boasts one of the best Buster buffs in the game, with Angel’s Cry scaling up to a full 50% and lasting an impressive 3 turns on a 5 turn cooldown, all while being freely targetable.

Highly Fragile Compared to Most Supports

Though Nightingale has a higher than average HP stat for a Berserker, it only goes half as far as it normally would thanks to the universal defensive weakness of the class. In addition, Nightingale’s only direct defense is her 25% DEF boost against Humanoid enemies. If focused, she may drop before she has a chance to heal herself up. Nightingale thus greatly benefits from additional Defense Up buffs, not only for her own survival, but also to make her healing last for longer and her NP’s debuffs even more more effective.

As the price for having both offensive support and healing, Nightingale is slightly less effective than a specialist in either domain. She often can’t outheal a dedicated healer Servant, while she is also usually outmatched in comparison to Servants who provide more dedicated offensive support, especially since she only has one type of offensive buff.

While the heal and cleanse on Nightingale Pledge are always welcome, the enemy debuffs are susceptible to a few weaknesses. If the enemy has Debuff Immunity, cleanses their debuffs, or buffs their Attack or NP Damage, they can easily counteract or nullify a portion of her NP Down and Attack Down. Even otherwise, hard fights often contain dangerous single target NPs that will kill even through the debuffs, or bosses who rely on heavy critical damage, which her NP has trouble dealing with.

Since Nightingale focuses on properly supporting her allies more than her personal damage output, her skill leveling order also reflects that focus. The order of maxing either her healing capability or her offensive support generally depends on the overall team composition. However, in a vacuum, maxing Angel’s Cry for the superb Buster buff is preferable since Nightingale has more than one source of healing already. Maxing Nurse of Steel improves her consistency, and finishing with Understanding of the Human Body shores up her personal offense and defense.

Nightingale’s focus is on party sustain and utility with her NP, as well as providing offensive support for a Buster damage dealer. Therefore, for longer fights, she tends to lean towards CEs that offer Passive NP Generation, Healing Effectiveness, and Passive Critical Star Generation. For shorter fights, Starting NP Gauge is effective as well.

Main Interlude Waiting For 3rd Rerun Forever
Can anyone tell me why there has been no new rerun in the Main Interlude?It has been…
Should I spend apples to farm for embers?
I’ve totally used up my ember reserves to level up my servants so I just wanna know if…
Got Skadi now what?
I have save 1200 sq and 70 ticket for Skadi but got her after 2 multi rolls and 30…
What to do next?
Hi there I just got a new account with skadi,so should I just save my quartz until…
Is Ozy worth it?
Hi guys, So appearantly singularity banner is about to come. Is it worth it from…
Read More