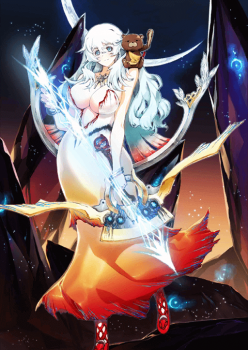 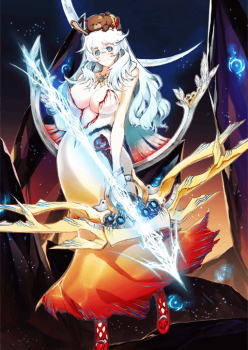 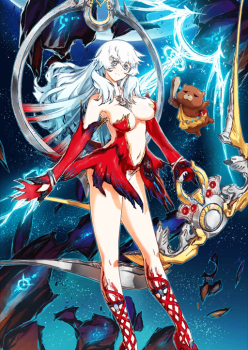 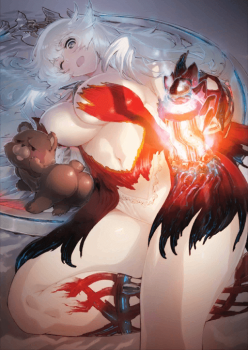 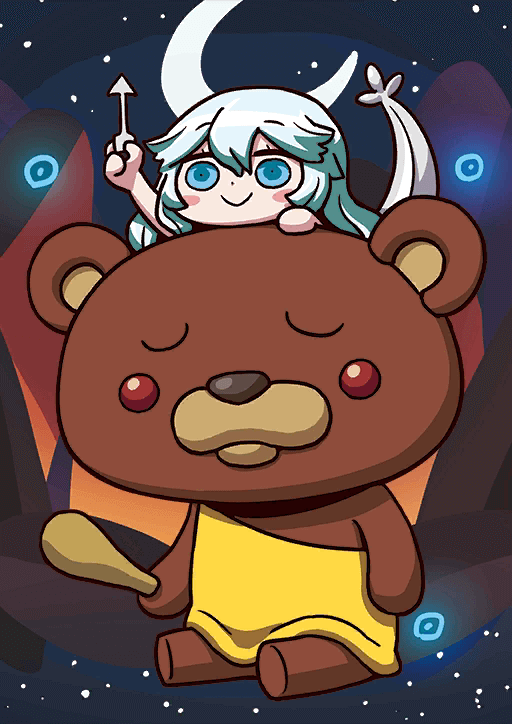 Grace of the Goddess EX

Available from the start.

Punish the Unfaithful A+

If equipped to Orion,
Increase Critical Damage of all allies by 25% while he's on the field.

"Cool down a bit!  Are you even from this world?"

Orion and Artemis are a single target Arts Archer excelling at anti-male damage and stalling strategies with their consistent utility and defensive skills.  They thrive in Arts teams, which typically provide the buffs, NP gain, and sustain to enable their NP and crit-based offense.

Although lacking direct sustain, Orion and Artemis have many complementary survivability tools.  Their 6 turn cooldown evade in particular gets a lot of mileage since their NP's post-interlude guaranteed NP charge reduction buys additional turns for it come off cooldown.  Furthermore, the Attack Down and Critical Chance down on Orion's NP combined with their high HP and first skill's defense buff gives them higher staying power even when the evade is on cooldown.  Lastly, their passive debuff resistance and 3-turn 50% Debuff Resistance on their first skill result in a low chance of enemy debuffs hitting.

Despite being an Arts Servant, Orion and Artemis' Arts cards are ironically poor for generating NP gauge on their own.  Due to their hit count distribution and effective NP gain, they gain more NP from NP/A-Q-Q brave chains or Arts boosted Quick and Extra cards.  Contrary to common belief, Orion is the bear-mascot and Artemis is the one fighting, but they count as male for gameplay purposes (i.e. Male-only Charms) and lack Divinity.

Overall, Orion and Artemis are a consistent Arts-based DPS staller with an anti-male niche, but are held back by their counterintuitive reliance on Quick cards and teammates for NP gain.

Orion gets an up to 100% bonus damage buff versus male enemies, which applies to not only their NP, but also crits and basic command cards to drive home the power of Punishing the Unfaithful.  Male enemies, especially Sabers, will disappear post NP-brave chain.

Orion and Artemis' evasion allows them to tank an NP on a 6 turn cooldown.  In the meantime their high HP, 50% defense buff, and ability to lower the enemy's attack and Critical chance on NP results in strong staying power.  Additionally, their post-interlude guaranteed NP drain will buy an additional turn for crucial skills to come off cooldown. Combined with the interlude's increase in damage, this makes Orion and Artemis a complementary contributor to Arts Stall teams even against non-male bosses.  Their built in Magic Resistance and whopping 50% Debuff Resistance on Grace of the Goddess makes for fantastic resilience against bosses who spam debuffs as well.

Similar to Vlad III (Berserker), Orion and Artemis have high hit counts on their NP relative to their normal Arts cards, resulting in good refund increased further with Arts and NP gain buffs.  With proper support, such as Arts Chains and NP charges, this allows Orion and Artemis to use their NP on a relatively short cooldown. Combined with their innately high Archer Star Weight and up to 45% Critical Damage through passives and skills, Orion and Artemis have the flexibility to destroy the opponent with the power of critical stars as well.

With a 1.0% NP gain per hit and a single hit Arts card, Orion and Artemis' Arts cards have low NP gain and are pretty much only useful for dealing damage and Arts chains.  Although their Quick and Extra cards are generally better for gaining NP and greatly benefit from a first card Arts bonus, using them sacrifices card damage and the ability to form Arts chains with other Servants.  Additionally, despite having a 3-hit Quick card, Orion and Artemis' star generation is mediocre and they require external support to deal consistent critical damage.

Orion's singular Buster card, polarizing NP gain, and lower base attack results in requiring buffs or crits to deal more damage.  Their offensive options have high opportunity costs, as Buster-start chains will generate little NP gauge and their Mind's Eye is typically saved for dodging NPs instead of its critical buff.

Anti-Male Damage and Defense Buff Only Last One Turn

Of the scaling skills Orion and Artemis have, their Anti-male and Defense buffs unfortunately only last one turn.  Despite their average 5-turn cooldown at max rank, there will be four turns of downtime before they can be used again.  This can be partially remedied by pairing them with Tamamo for her Cooldown Reduction, but the skills will still require more active management with less room for error in usage.

Prioritizing between Punish the Unfaithful and Eye of the Mind depends on whether Orion and Artemis will be used for their anti-male niche or DPS stall capabilities.  Since Grace of the Goddess has pretty good values at base and the 3-turn buffs don't scale, it can safely be leveled last.

This skill is fantastic even at base.  Although the Attack buff (and Debuff Resistance) don't scale, they have strong values and last for 3 turns.  While the high defense buff can be stacked with other defense buffs or her NP’s Attack down to potentially negate enemy NP's, there is less benefit from leveling it due to its one turn duration.  Level this up for the increased uptime, but it can be leveled last.

As Artemis' most powerful niche, the effective damage works well with other buffs (despite being additive with NP Damage buffs).  Although it just lasts one turn, one turn is usually all that's needed to hear the lamentations of enemies before they are driven before the Hunter in a flurry of golden dust.  Level this up first for the high damage scaling. However, if Orion and Artemis are going to be used mostly as a general DPS versus non-males, this can be lowered in priority.

An evade with a generous crit buff works well for Orion and Artemis' survival kit.  At max rank, the crit buff stacks with Independent Action for a total of 45% crit damage for three turns, comparable to common 50% critical damage buffs.  In case Orion and Artemis are used as a general DPS, this can be prioritized first. Otherwise, this is usually maxed second.

Ideally, Orion prefers CEs that allow them to either fire off their NP quickly for massive anti-male damage, or CEs that sustain their general performance better. Given their problematic NP Gain, Starting NP Gauge is excellent in almost all situations. For NP refunding stategies, and to improve the damage on their NP, Arts Performance Up is still decent despite Orion's iffy Arts cards. NP Gain scales quite well with Orion's Quick cards, while NP Damage is quite potent if Orion is up against non-male enemies. Lastly Critical Gathering/Critical Damage CEs are also decent if Masters want to spread Orion's damage output a bit more inbetween NPs.