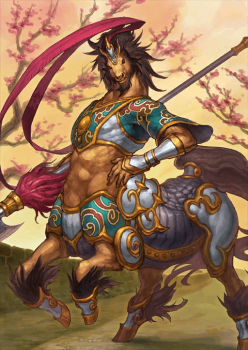 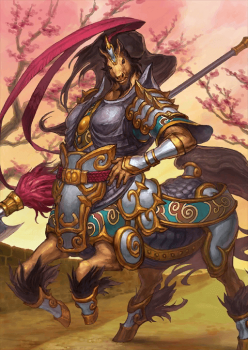 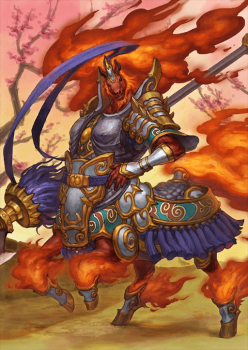 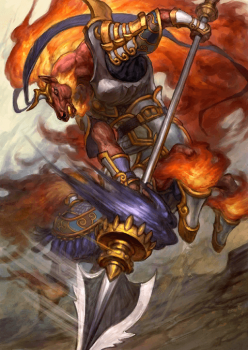 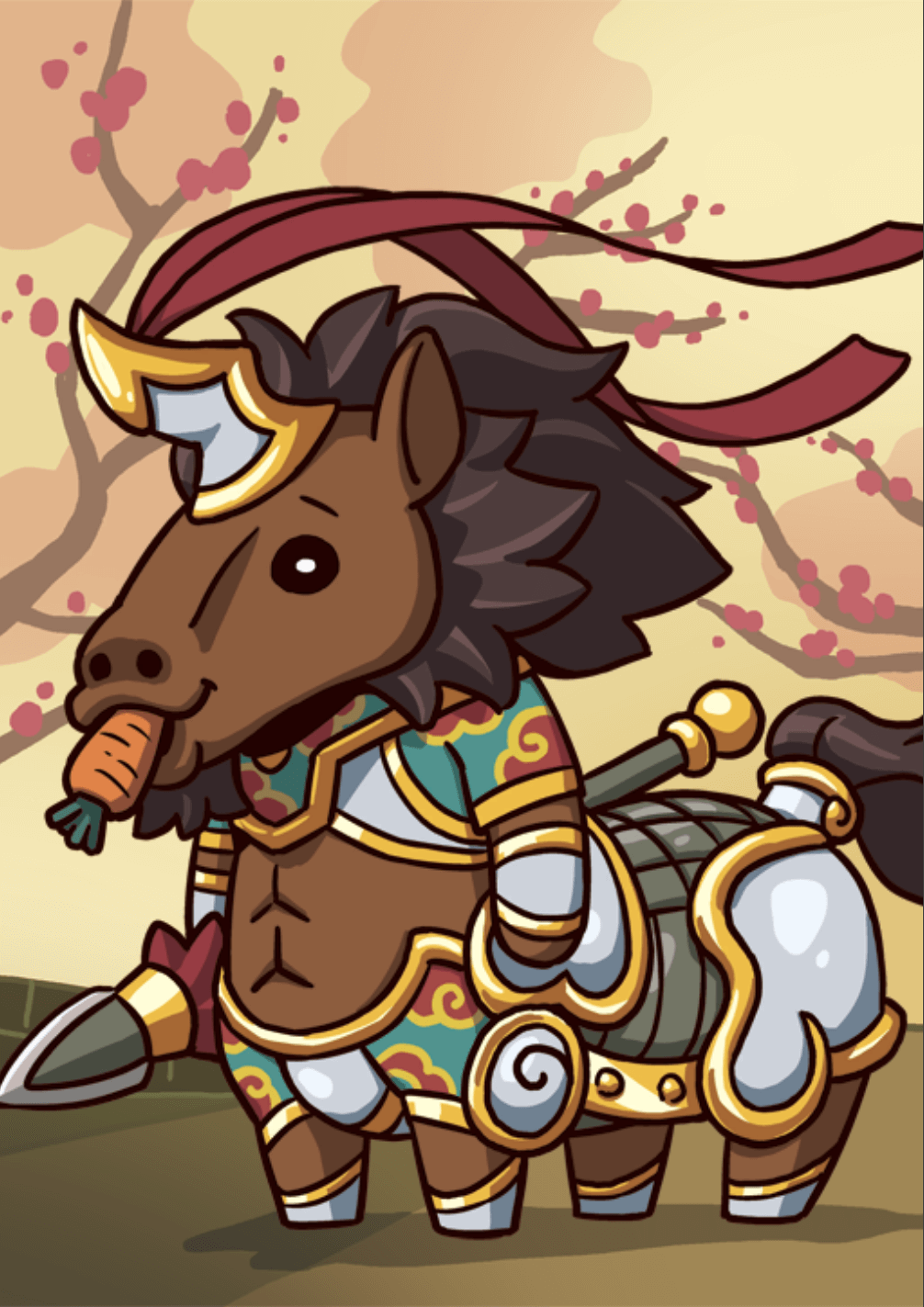 Deal DEF-ignoring damage to all enemies.

Chance to inflict Skill Seal for all enemies (1 turn).

False - The Five Soldiers of the War God

When equipped on Red Hare,
Increase Quick Card effectiveness by 15% & increase Critical Strength by 15% & reduce defense by 10% [Demerit] for all allies while he is on the field.

The Fate universe is well known for making historically male figures female in their games. Red Hare is unique as the first Servant who was historically female and became male… although he is still a horse who thinks he is Lu Bu. Wielding an unavoidable Quick AoE Noble Phantasm, Red Hare serves as a midway decent low-rarity Rider-class looper for Masters with a Skadi and a Waver.

The one thing which makes Red Hare stick out amongst its competition is its unavoidable Noble Phantasm. Not only does it ignore defense, but with Various Martial Arts (Horse) A it can ignore invincibility and evasion as well, although this effect is chance-based. He also is rather sturdy with a high HP pool and a 1-turn evasion on Various Martial Arts (Horse). Most importantly, thanks to Running a Thousand Li (Horse) EX, Red Hare can work together with two Skadis and a Waver to create a 3-turn loop against Caster enemies.

Red Hare does like to believe he is Lu Bu, but he just does not have the umph that Lu Bu has. His Noble Phantasm is among the weakest in the game, and to make matters worse he is only available in story summoning making his rarity much higher than the 3-star rarity suggests. He also fails to make up for it with Critical performance, considering how Battle Maneuver (Horse) B only provides a 30% Critical damage gain. To add to the trifecta, he has a rather paltry NP gain rate and low hit counts, making his NP Gauge hard to charge.

When it comes to a Noble Phantasm, what a Master wants most is to ensure that it actually hits. Red Hare’s Noble Phantasm comes with an ignore defense effect built-in, and his second skill has a good chance to apply Ignore Invincible, which ignores both invincibility and evasion.

Red Hare boasts HP numbers rivaling much higher rarity Servants, enabling him to take a few hits before falling. He also has an on demand evasion, although this is harder to use as it is tied to his Ignore Invincibility skill which a Master might want to prioritize for a Noble Phantasm turn.

Using a MLB Kaleidoscope, 2 Skadis, and a Waver, Red Hare can effectively loop against all standard 3-wave 3-enemy Caster nodes. To do this it is important to ensure that Red Hare’s only hits against the enemy are the Noble Phantasm hits, as his Quick Up is a 3-hit 5-turn buff.

Despite sporting a 20% Attack up, a 30% Quick up, and Riding EX, Red Hare has an extremely low base attack. This can be a hidden blessing as a CE’s attack boost has more of an effect on him than other Servants, but Masters should not expect huge damage numbers with him.

Red Hare is designed to generate Critical Stars with Running a Thousand Li (Horse) and collect them with Various Martial Arts (Horse), but his low attack combined with Battle Maneuver (Horse)’s 30% Critical Damage up hardly makes his Critical hits hard without outside support.

Red Hare can NP loop with a Skadi/Skadi/Waver support setup, but without a loop has rather low natural gain. He has a low natural rate and moderate hitcounts which leads to slow regeneration of the gauge.

Most Masters will be using Red Hare for looping, so it is most important to them to prioritize skills that allow him to loop, namely his first skill. After ensuring loops work they’d want to further maximize his damage. All his skills have at least one aspect that is designed to work in tandem with creating Criticals, but Red Hare’s Critical potential is not as strong as other Servants.

Masters wanting to loop will need the one CE which enables Red Hare to do so easily - a MLB Kaleidoscope. Lacking that, Masters would want to aim for getting early NPs out with Starting NP Gauge CEs. Otherwise, Masters would likely want to provide Red Hare with a consistent Critical stream, so Critical Stars Per Turn CEs would maximize his Critical potential.